Skip to content
Become a member and get exclusive access to articles, live sessions and more!
Start Your Free Trial
Home > Reviews > In the Funk Zone With George Garzone, Tradin’ With the Greats > New DVD and CD Sets from JodyJazz 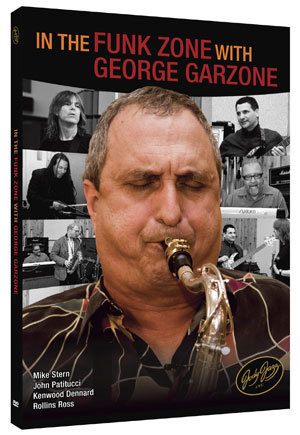 JodyJazz's "In the Funk Zone With George Garzone" DVD set 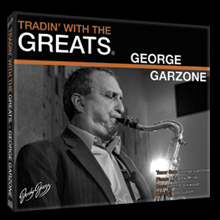 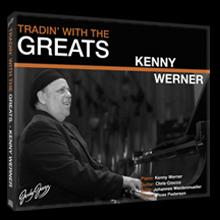 The first thought that comes to mind when watching In the Funk Zone With George Garzone, a new two-DVD set from saxophone and clarinet mouthpiece manufacturer JodyJazz, Inc., is how far jazz instructional videos have come. No community college soundstage and crackling audio here: This lesson and performance program-over two and a half hours total running time-was beautifully shot (in HD) and recorded at one of the best-sounding studios in New York, Systems Two.

That audiophile-worthy presentation and a series of expertly funky performances featuring saxophonist Garzone with a band you’d be lucky to catch in a club-guitarist Mike Stern, bassist John Patitucci, keyboardist Rollins Ross and drummer Kenwood Dennard, plus, on one burning shuffle, JodyJazz’s Jody Espina-push disc one beyond instruction: Any jazz person, even a non-musician, could appreciate it. But Garzone’s lessons, also on the first disc, are the main attraction, and deservedly so. Burrowing into the basics, Garzone explains the pocket and how to find it before beginning his dissertation on using the minor pentatonic scale in groove-based contexts. He progresses his discussion gradually and logically, through 101 exercises, arpeggios, instruction on time and how to push tastefully against the tonal center, and more. Practical application is essential to the saxophonist; he seems determined to demonstrate how what sound like clinical exercises at first become real music through rhythmic variation and interplay, and throughout there are opportunities to play along with Ross’ Rhodes accompaniment and trade phrases with Garzone. The second disc includes extensive E-book PDFs for C, B-flat, E-flat and bass clef instruments; band interviews; and video play-alongs that allow users to solo for the duration of the track or trade choruses with Garzone and Stern.

Such musical conversation is the focus of Tradin’ With the Greats, two double-CD sets also from JodyJazz. Like Funk Zone, both editions, George Garzone and Kenny Werner, were recorded at Systems Two and feature critic-approved recording artists you might not expect to cut play-alongs, performing with some of their go-to personnel. Garzone is joined by pianist Mulgrew Miller, bassist John Lockwood and drummer Bob Gullotti; Werner’s band includes guitarist Chris Crocco, bassist Johannes Weidenmueller and drummer Ross Pederson. Each set offers a solid cross section of standards and two or three original tunes, and each is cleverly divided: Disc one finds the players in trading mode, playing dynamically and conversationally against the air, like an actor in front of a green screen; disc two contains standard play-along comping. Lead sheets for the whole band are included via PDFs on disc two (no melodies for the standards, though), so get ready to sit in. Or don’t: These sound good enough for car listening.

“It’s a little nest of happiness. All the recent wounds are all healed here …  because there’s always somebody blowing something beautiful and blowing a … END_OF_DOCUMENT_TOKEN_TO_BE_REPLACED

There is an abiding paradox to the life of Billie Holiday, which is the core tenet of her art: In theory you should feel bad … END_OF_DOCUMENT_TOKEN_TO_BE_REPLACED