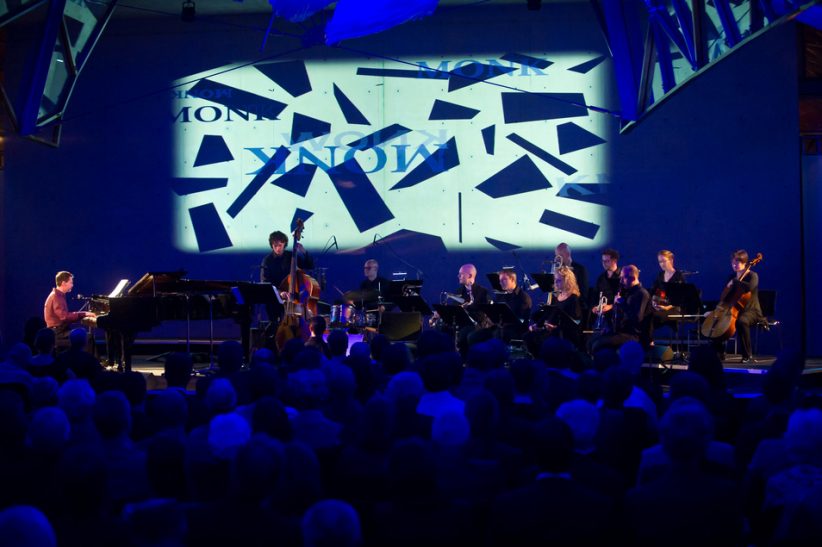 For Fred Hersch, the summer of 2008 was but a dream. From June to August, the pianist and composer, who is HIV positive, was in a medically induced coma at New York’s now-defunct St. Vincent’s Hospital, battling sepsis brought on by severe pneumonia. Upon awakening, Hersch, who normally never remembers his subconscious sleep activity, vividly recalled a number of dreams experienced during his coma. Hersch has dramatized these visions in music and, with writer/director Herschel Garfein, transformed them into a unique fusion of jazz and documentary theater appropriately titled My Coma Dreams.

Hersch’s compositional style shifts with the colors and tones of the dreams. “Jazz Diner” has a fits-and-starts energy punched along by Winther’s beatnik rhythms; a piece depicting a caged Hersch competing in a songwriting contest with Thelonious Monk cleverly sounds exactly like one would expect; and “The Boy,” with onscreen titles describing a curiously attentive dream-child, marries youthful guilelessness with ageless mystery. The musicians’ virtuosic versatility evokes a panoply of moods, with showcases for trumpeter Ralph Alessi, tenor saxophonist Adam Kolker and violist Joyce Hammann. Hersch is dynamically emotional, gracefully skating the surface of melody, never succumbing to pat thematic statements. The musical high point, “The Knitters,” paints a bittersweet portrait of a group of whispering women crafting bolts of cloth that transform into geese and take flight. The music recalls Sondheim, Winther’s vocals have an unadorned beauty and Garfein’s lyrics, with the knitters’ chamber smelling “of honey and wax/and wool,” are simple enough to break your heart.

Near the finale of My Coma Dreams, Hersch rises from the keyboard to join Winther, re-enacting a moment in which the awakened pianist, undergoing physical therapy, notices a desperate-looking man flailing through his own PT trials … only to realize he is looking into a mirror. Hersch has seen a frightening, surprising, ultimately indomitable reflection of himself. After viewing My Coma Dreams, so have we.

“It’s a little nest of happiness. All the recent wounds are all healed here …  because there’s always somebody blowing something beautiful and blowing a … END_OF_DOCUMENT_TOKEN_TO_BE_REPLACED

There is an abiding paradox to the life of Billie Holiday, which is the core tenet of her art: In theory you should feel bad … END_OF_DOCUMENT_TOKEN_TO_BE_REPLACED