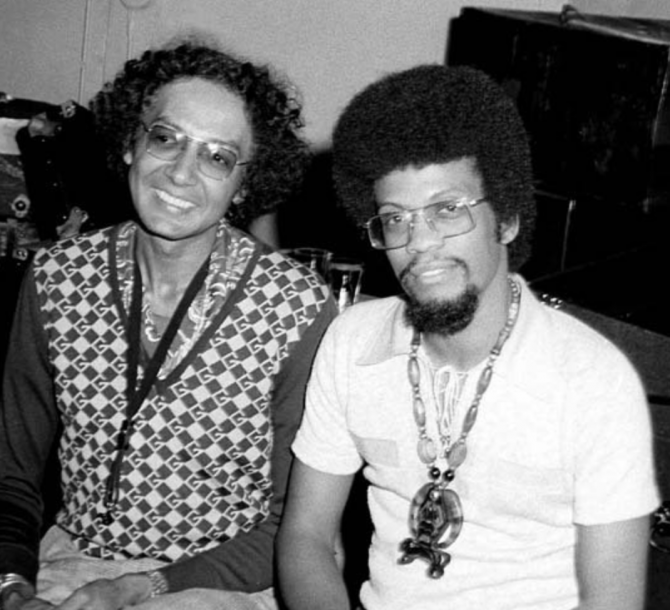 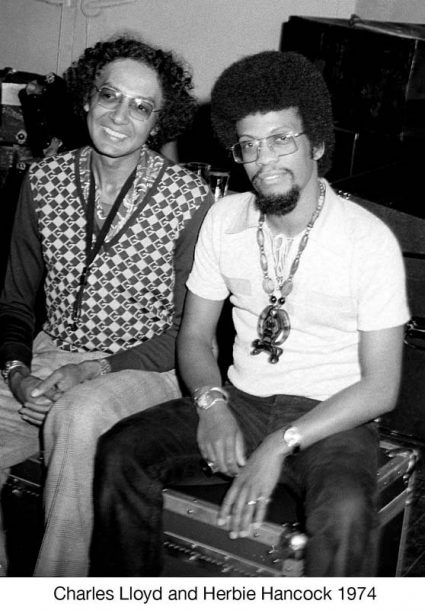 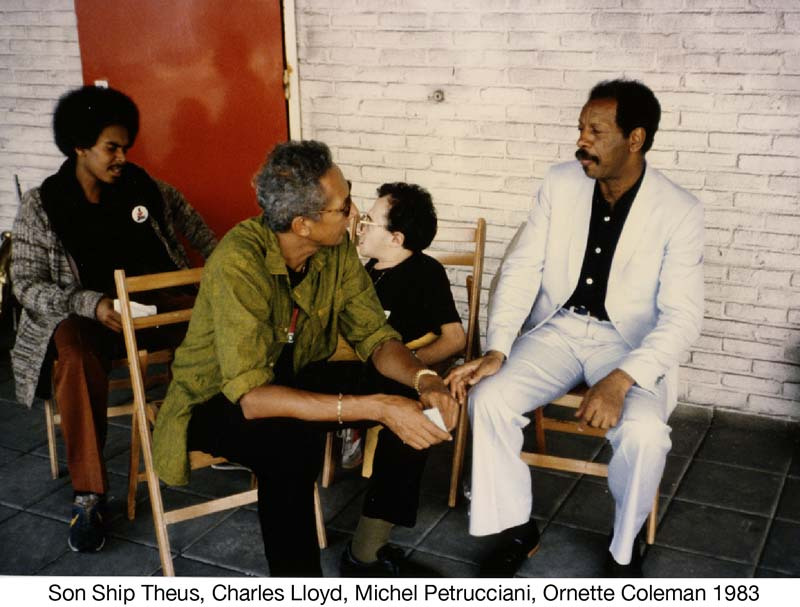 Not long into the preamble of the new documentary Arrows Into Infinity, available now on DVD and Blu-ray from ECM Records, Charles Lloyd invokes the metaphor that inspired the title. “You can’t shoot an arrow into infinity if you’re always in motion,” the saxophonist-composer intones. “You have to pull the bow back. Then the arrow can fly.”

About 105 minutes later, Lloyd applies this notion to his New Quartet with pianist Jason Moran, bassist Reuben Rogers and drummer Eric Harland, which he convened eight years ago. “This music changes the molecular structure in the atmosphere,” he says. “We get on this magic carpet and take off. It’s the wisdom of the ancients with modernity. It’s arrows into infinity.”

Through the intervening hour and a half, co-directors Dorothy Darr (the subject’s wife of more than four decades) and Jeffery Morse trace Lloyd’s vertiginous path toward the mystic space implied by these remarks: roots and branches in the blues culture of Memphis, Tenn., where he was born in 1938; Icarian ascension to cultural signifier; burnout from “fast-lane errors”; retreat from public life; spiritual renewal; and an “old master” second act over the past three decades.

They contextualize the backstory with extensive concert and interview footage, both archival and contemporary, and anecdotes and opinions from 18 talking heads-bandmates from past and present; admiring rockers (John Densmore, Jim Keltner and Robbie Robertson); fans, friends and associates-who know whereof they speak. Judiciously interpolated images of water and the terrain of the Big Sur property on which Lloyd and Darr lived until 1986 evoke the saxophonist’s palpable connection to the elements, nurtured as a child on his grandfather’s large farm in the Mississippi River basin. Not least, Darr and Morse elicit Lloyd’s acutely self-aware testimony, grounded in a personal refraction of immersive studies in ancient myth. He delivers it in a poetic personal argot, as though he and Lester Young, Lloyd’s tonal inspiration during formative years in the late ’40s, were brothers from another mother. He peppers his discourse with Indian sutras and Biblical aphorisms; his vocabulary mixes old-school sensibility with the rhetoric of the civil-rights era and new-age spiritualism. He lands unfailingly, as the saying goes, directly “on the one.”

Herself a visual artist, Darr considers it “part of my nature to feel things should be documented.” She began to film her husband systematically on early ’90s road trips with pianist Bobo Stenson, bassist Anders Jormin and drummer Billy Hart. She constructed her first documentary, 1995’s Memphis Is in Egypt, around concert rehearsals and band interviews, augmented with footage from Journey Within, a verité documentary by Eric Sherman that tracks Lloyd, circa 1966-67, in Memphis and on the road with Keith Jarrett, Cecil McBee and Jack DeJohnette. “It’s a beginner’s work,” says Darr, who hired a Los Angeles post-production house to edit Memphis, using footage that Morse, unbeknownst to her, had put together in a Santa Barbara studio.

A few years later, Darr revisited that studio with footage of drummer Billy Higgins, who had recently propelled Lloyd’s albums The Water Is Wide and Hyperion With Higgins. The Higgins-Lloyd relationship intensified, culminating artistically in January 2001, four months before Higgins’ death, on Which Way Is East, whose sessions Darr filmed and engineered. A few years later, she “mustered the emotional courage to review the tapes and see if there was something that could be put together.” Toward that end, she decided to learn Apple’s Final Cut video editing program and, “coincidentally and ironically,” retained Morse’s services as her tutor.

She applied these lessons to Home, completed in 2004.

About a decade ago, after Lloyd formed the group Sangam with Harland and tabla maestro Zakir Hussain, Darr invited Morse to join them for two tours as, in Morse’s words, “a default roadie.” Their working relationship developed and, Darr says, they “decided to do something to create a picture of who Charles is and his body of work in music.”

In a sense, Morse, a post-boomer, represents the ideal viewer of Arrows Into Infinity-musically literate, intelligent, curious, without specialized knowledge of jazz or the ’60s milieu. “One of the most challenging aspects was how to cover the subject adequately, to appeal to a broad audience without dumbing down or pandering,” Morse says.

That the film realizes this aspiration is a credit to Darr’s ability to represent her husband multi-dimensionally while not subordinating her feelings in the pursuit of objectivity. “Ultimately, the film is about love-my love for an individual, Charles’ love for music and his musicians,” she says. “It’s a powerful force.”

“It’s a little nest of happiness. All the recent wounds are all healed here …  because there’s always somebody blowing something beautiful and blowing a … END_OF_DOCUMENT_TOKEN_TO_BE_REPLACED

There is an abiding paradox to the life of Billie Holiday, which is the core tenet of her art: In theory you should feel bad … END_OF_DOCUMENT_TOKEN_TO_BE_REPLACED