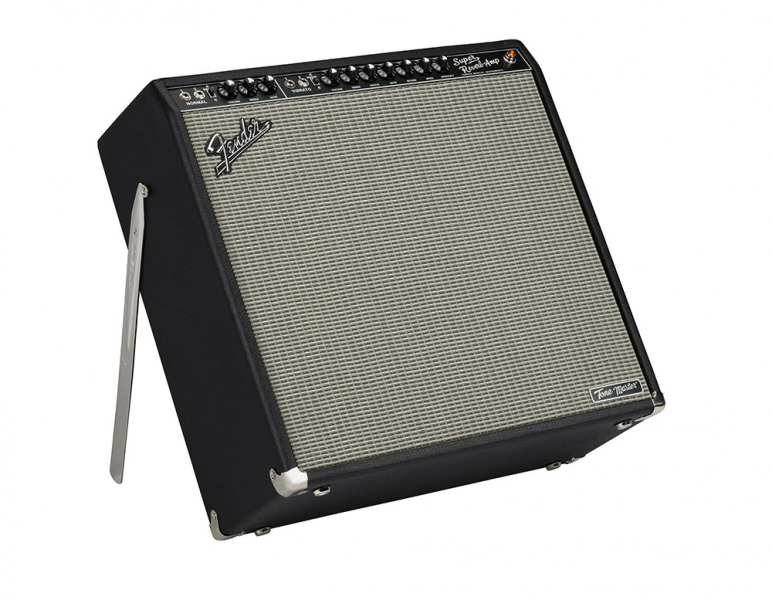 On the front, it looks just like a mid-’60s blackface amplifier with four 1/4" inputs (two normal, two vibrato) and four 10" speakers (Jensen P10R Alnico). But look around the back and you’ll notice the absence of tubes. In their place, the Fender Tone Master Super Reverbuses a proprietary modeling process to replicate the sound of a classic tube amp. It also pumps 200 watts of power into 4 ohms to simulate the performance of a 45-watter. The USB port is one more nod to modernity.

In the 21st century, intellectual property (IP) has become a hot-button issue for musicians and composers, specifically as it pertains to the distribution of music … END_OF_DOCUMENT_TOKEN_TO_BE_REPLACED

It’s impossible to shop for audio products without confronting specifications—numbers included in web pages, brochures, and ads to lend scientific cred to marketing claims. In … END_OF_DOCUMENT_TOKEN_TO_BE_REPLACED

In the 1980s, as synthesizers and drum machines threatened to take over popular music, electric guitar manufacturers tried to come up with instruments that were … END_OF_DOCUMENT_TOKEN_TO_BE_REPLACED