Skip to content
Become a member and get exclusive access to articles, live sessions and more!
Start Your Free Trial
Home > Reviews > Vinyl in the Present: Groove Jazz 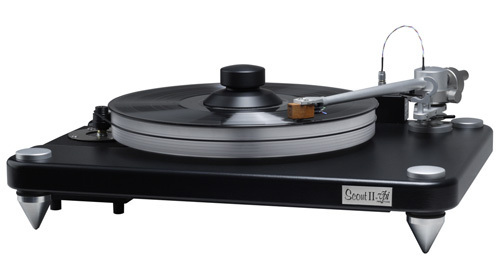 Jazz continually revisits its past, so why shouldn’t audio enthusiasts do the same? Sure, it’s easy to argue that audio technology has shown clear improvement decade after decade while jazz, in the view of some fans, has not. But there’s more to audio than just technical specifications. Each audio technology has its own charm and its own aesthetic-and, of course, each audio format evokes a certain era.

The love of the past and the quest for a more soulful sound have led many serious audiophiles to embrace LP records again. CD sales are declining, but sales of LPs, while still small, rose 35 percent from 2008 to 2009. It’s getting hard to find a brick-and-mortar store where you can buy jazz CDs, but every major city has at least one good record store selling LPs new and used. Even the 18-to-24 set has embraced the LP, playing classic sides in addition to the MP3 files stored on their computers and iPods.

I got a shock when I visited a T-Mobile store last May after losing my smartphone. I asked for the latest Samsung Galaxy S-series model—but … END_OF_DOCUMENT_TOKEN_TO_BE_REPLACED

The world has seen quite a few peculiar electronic keyboard instruments over the years, especially from the era before digital technology. Some, like the Mellotron, … END_OF_DOCUMENT_TOKEN_TO_BE_REPLACED

The year 2020 was a terrible one for jazz fans, with listeners forced to settle for YouTube and Facebook streams instead of the live performances … END_OF_DOCUMENT_TOKEN_TO_BE_REPLACED

Thanks to COVID-19, and artists and venues shifting their focus to online streams, we may be seeing more jazz performances than ever before. What we’re … END_OF_DOCUMENT_TOKEN_TO_BE_REPLACED