Skip to content
Become a member and get exclusive access to articles, live sessions and more!
Start Your Free Trial
Home > Reviews > The NAMM Show 2015 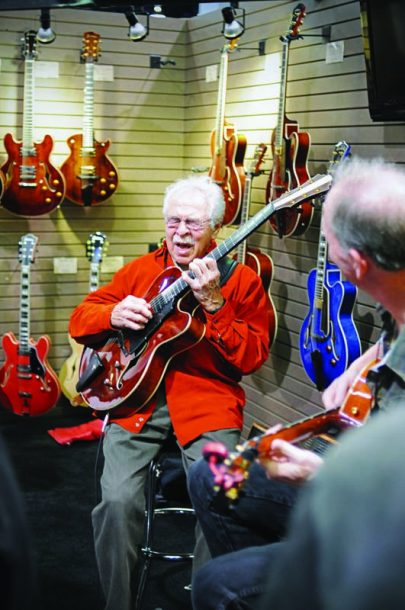 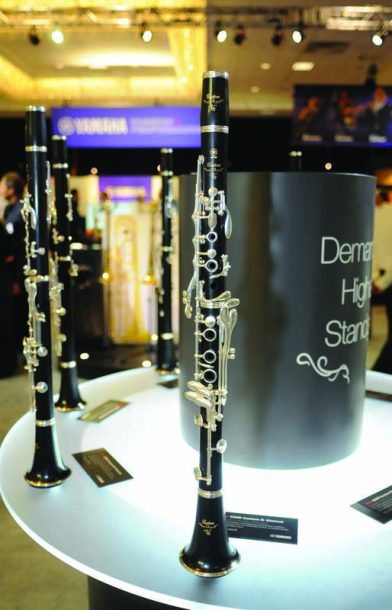 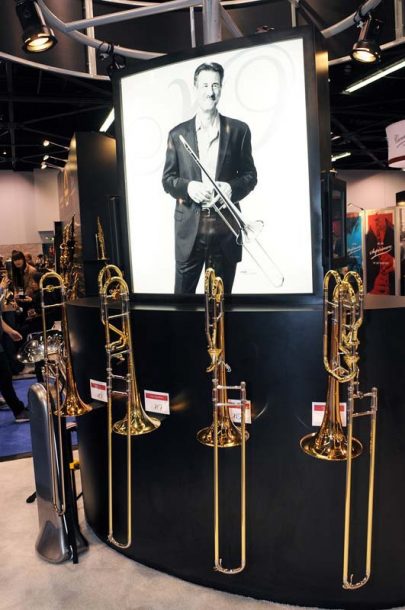 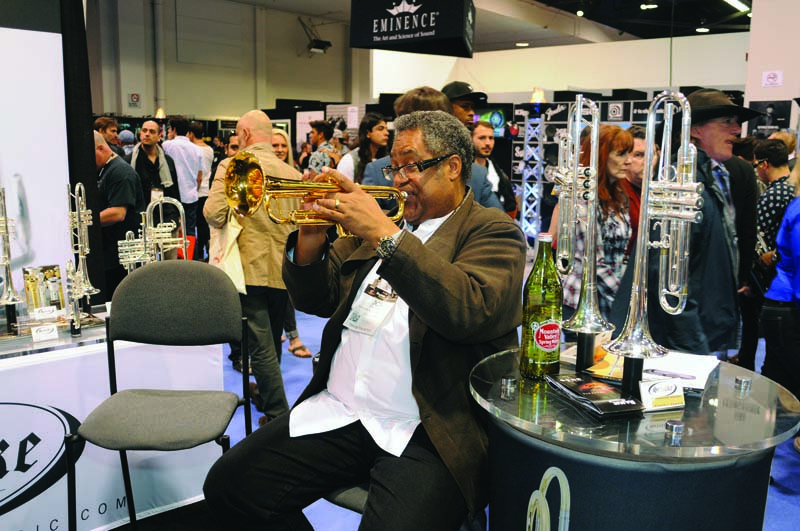 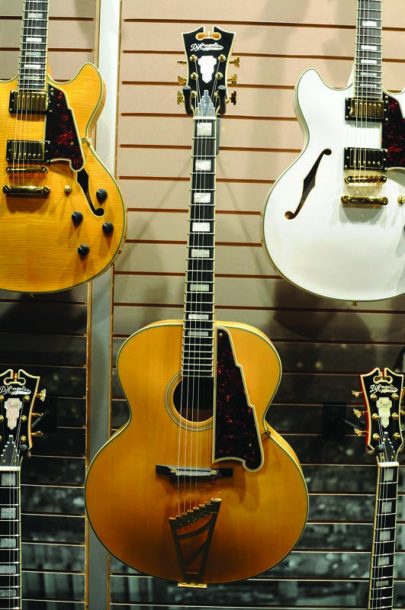 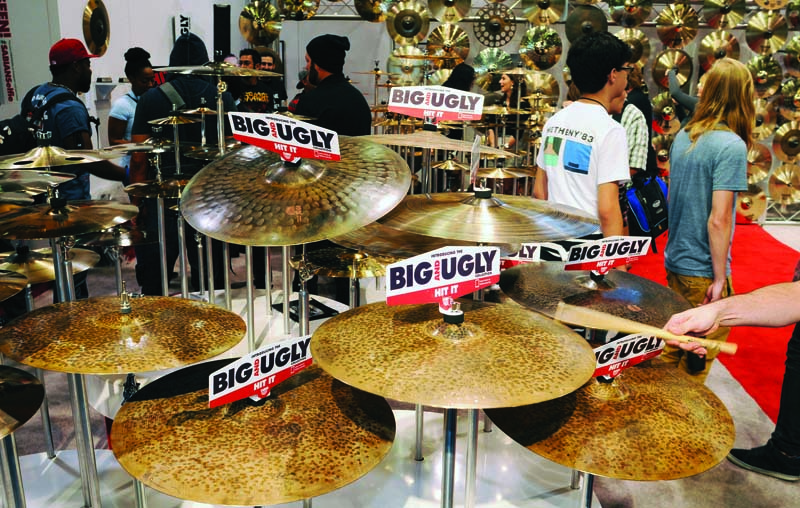 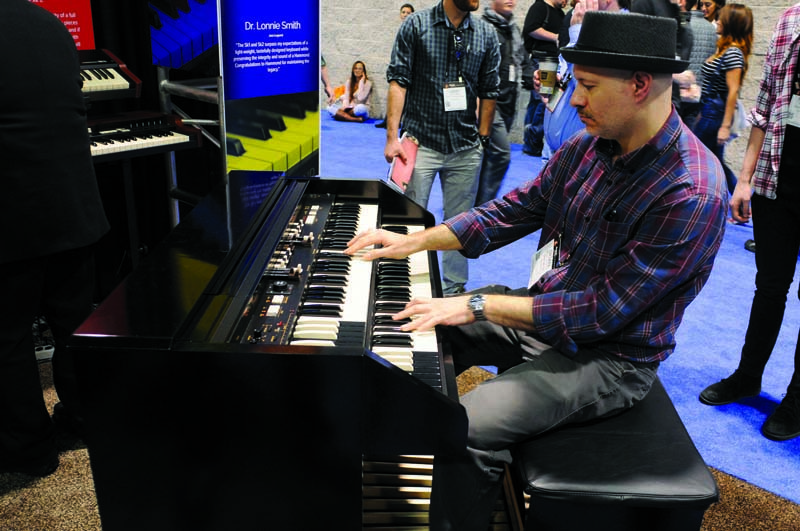 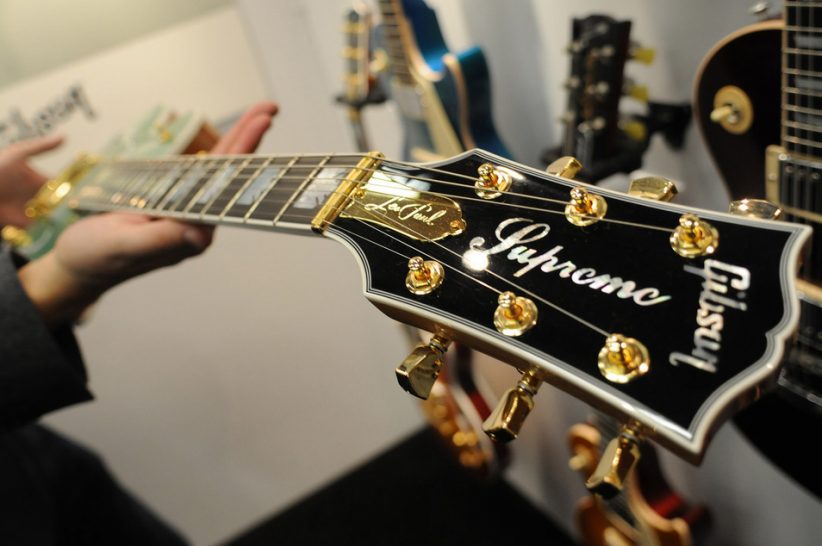 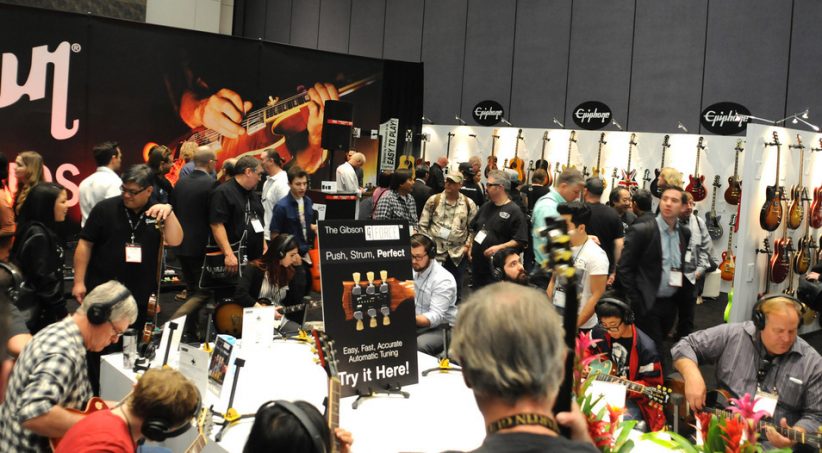 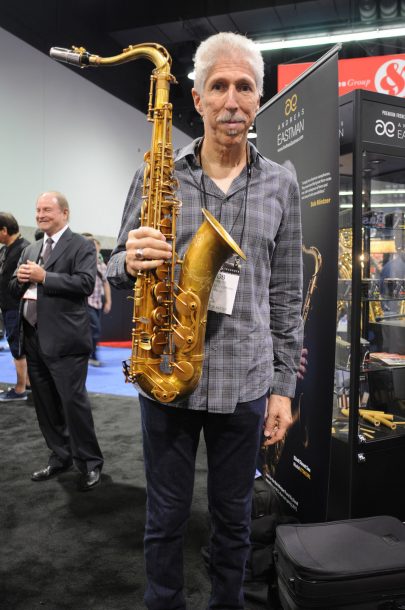 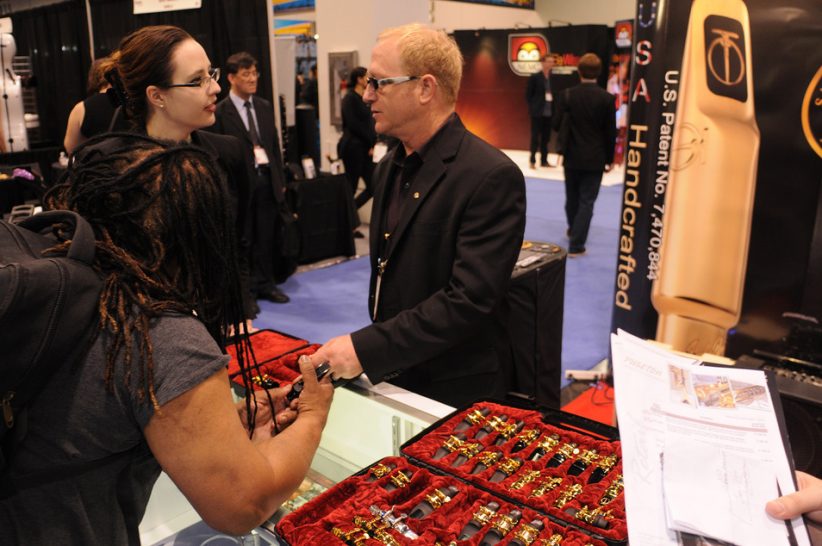 Jody Espina holds down the fort at his JodyJazz mouthpieces booth, NAMM Show 2015 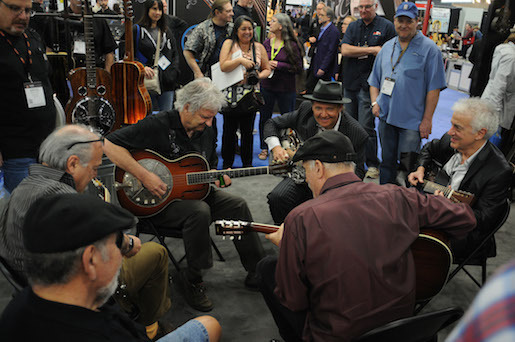 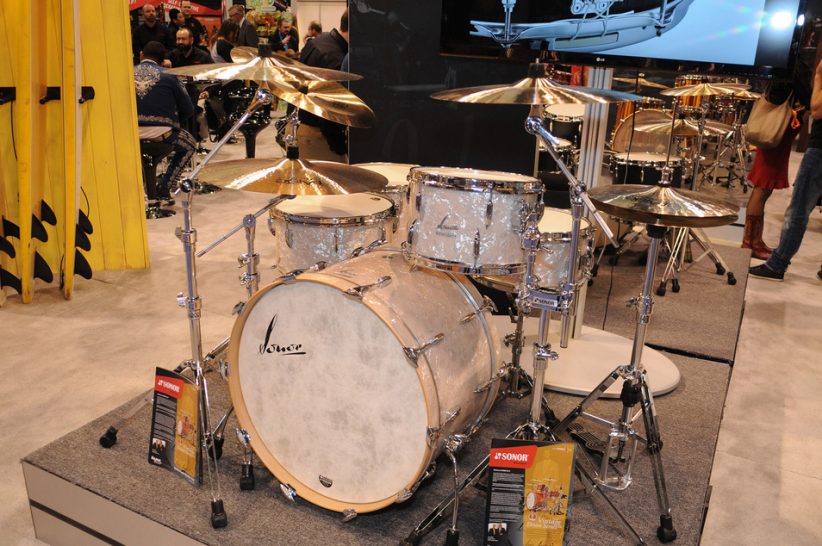 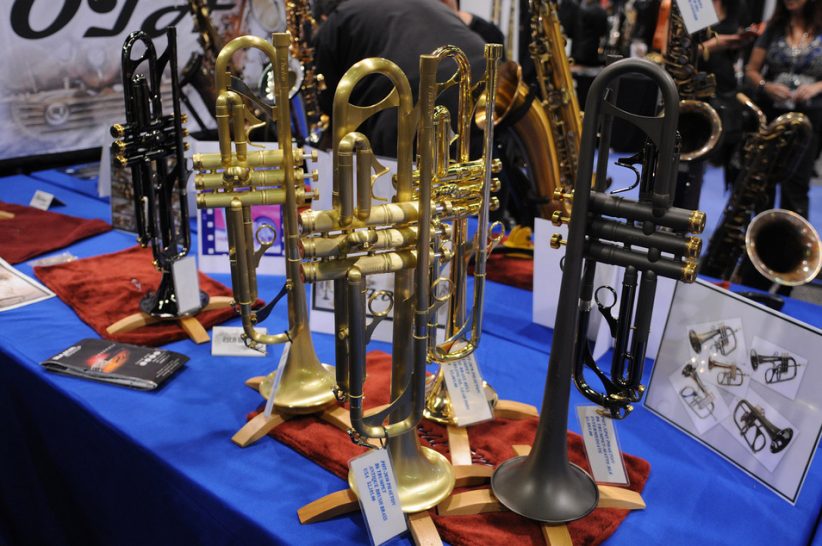 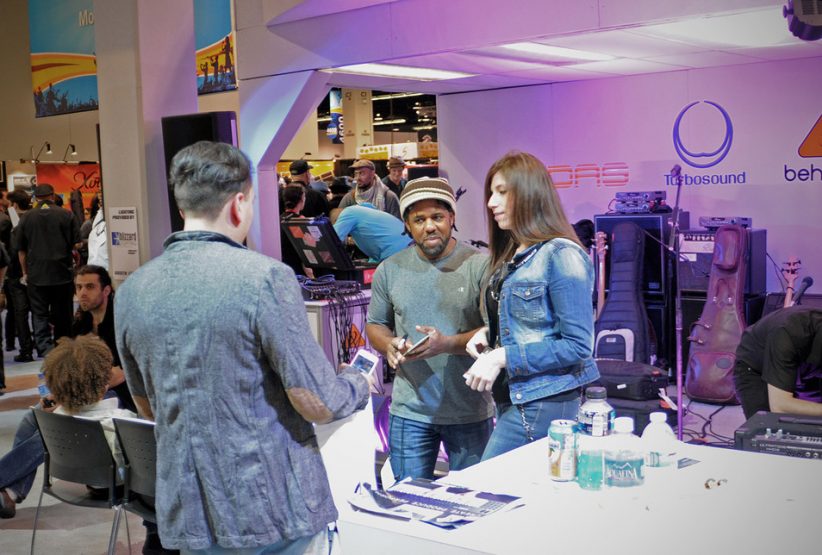 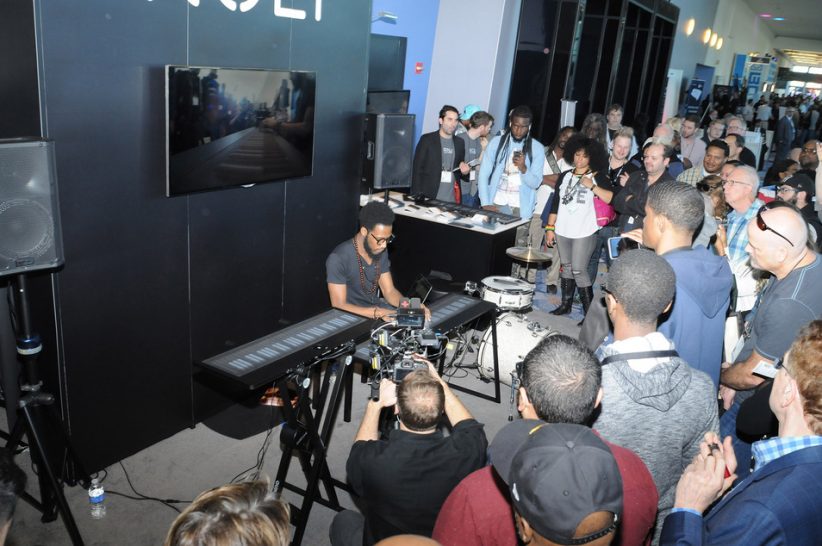 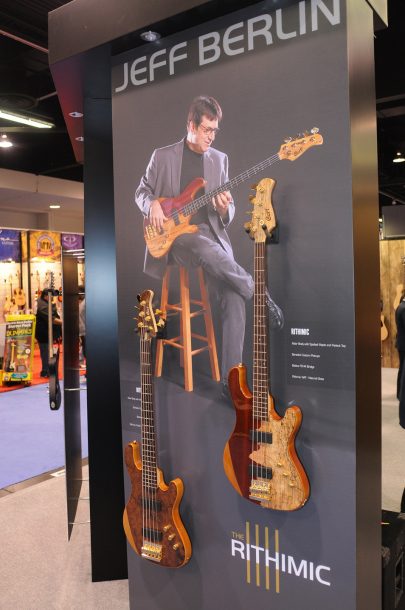 This year’s NAMM tradeshow, held Jan. 22-25 at the Anaheim Convention Center, was like any other, and that isn’t a putdown: plenty of people, lots of performances and, most important, oodles of gear. So let’s get on with it:

Mouthpiece guru Theo Wanne showcased a new proprietary material he calls A.R.T., or Advanced Resonance Technology, which is currently being used on his Durga3 alto and Shiva tenor models. It’s blue, bright-sounding and free-blowing, with a feel similar to hard rubber, though Wanne says it’s more responsive and fuller in resonance. (He won’t say, of course, what it’s actually made of.) JodyJazz also had new mouthpieces to check out, including the JET Tenor, a follow-up to the company’s popular, versatile JET Alto, and two George Garzone signature tenor models in the Giant line. In horns, Yamaha generated buzz with its YL-CSVR Custom Clarinets, which use the brand’s well-oiled manufacturing systems to bring a rare level of consistency to pro-level liquorice sticks. XO Professional Brass teamed with veteran trombonist and bandleader John Fedchock to design the 1632RGL-LT lead trombone, striving to create an ultra-lightweight instrument that doesn’t skimp on tone. XO wasn’t the only primo horn company with a heavyweight endorser onboard: Longtime Schilke player Jon Faddis demonstrated his new B-flat trumpet model, the S43LF-HD, based on the company’s “heavy design” (HD) valve cluster.

Over in drums, Mark Guiliana helped Sabian introduce its Big & Ugly cymbal collection, six roughed-up rides that, as the brand puts it, share a “great complexity, versatility and distinctive appearance.” Zildjian of course had fresh metal to try out, including two slightly heavier Kerope models for better articulation. NAMM always quickly reveals the industry trends, and for percussion in 2015 that means cajons, including the airtight, big-bass Dorado by Remo and the innovative Cajon Hats by LP, 9-inch hi-hats that easily attach to the box for more creative textures.

In guitars, D’Angelico expanded its lineup to include gems like the Howard Roberts-evoking EX-63. The real six-string jaw-dropper, however, was Gibson‘s updated and improved Min-ETune system, the G Force: a small, unobtrusive battery-powered gadget that fits behind the guitar’s headstock and robotically twists the pegs into a variety of common and alternate tunings. Guitarists who dig effects pedals-but not the confusing tangle of adapters and cables that come with them-should check out the ES-8 Effects Switching System by BOSS.

Visit a pro audio retailer and almost every studio monitor speaker you see will have amplification built in. But visit a high-end audio store and … END_OF_DOCUMENT_TOKEN_TO_BE_REPLACED

Unless you’re a certified guitar nerd, the name Ted McCarty (1909-2001) probably means nothing to you. But no matter who you are, there’s little doubt … END_OF_DOCUMENT_TOKEN_TO_BE_REPLACED

In audio as in jazz, some of the most interesting trends happen far outside the mainstream. Hop onto internet forums dedicated to headphones, and you’ll … END_OF_DOCUMENT_TOKEN_TO_BE_REPLACED

On April 18, 1972, the Roland Corporation was founded in Osaka, Japan. Its mission: to produce electronic instruments and accessories for musicians. Two years later, … END_OF_DOCUMENT_TOKEN_TO_BE_REPLACED