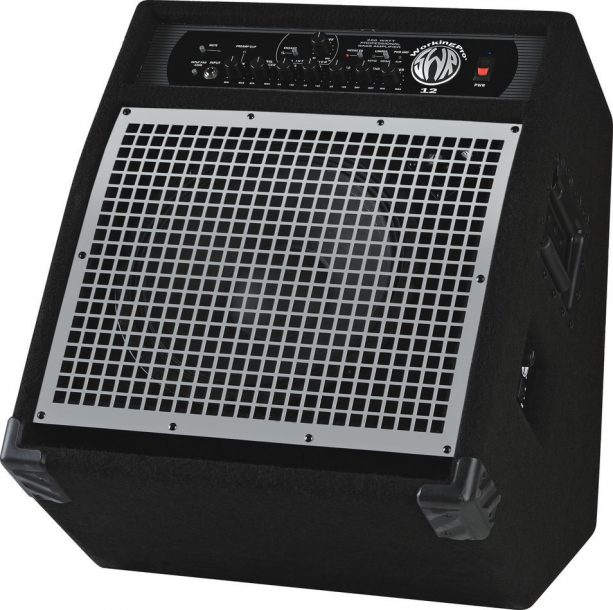 One of my first bass teachers, a grizzled East Coast jazz veteran, once told me that an amplifier is a jazz musician’s best and worst friend. On one hand, he said, it makes you louder so more people can listen to you play. On the other hand, an amplifier may mangle your notes into something you wouldn’t want anyone to hear.

For many musicians, an amplifier is an integral part of his or her musical voice. It adds something vital to a musician’s sound, whether it’s distortion, reverb or equalization. Most jazz musicians, on the other hand, desire the opposite out of their amplifiers. They want to make their instruments louder in the most unobtrusive way possible, without taking away their instruments’ natural timbre and tone.

To this end, SWR amplifiers have always seemed like a jazz bassist’s dream. During the 1980s, SWR began crafting simple, powerful units that were easy to use (read: very few knobs). Unfortunately, perfection came with a high price tag, which meant SWRs were out of reach for most jazz musicians, who tend to sit toward the lower end of the musician-salary scale.

This all changed in the 1990s, when SWR introduced its Workingman series, which promised the simplicity and tonality of the earlier SWRs at an affordable price. And while these amps were indeed cheaper, they simply didn’t live up to the sound quality of their predecessors. In short, you went to see your favorite musician and he or she was accompanied by a drummer, a pianist and a noisy little amp.

Fortunately, it seems the years since the Workingman’s release have been well spent for the engineers at SWR, because the company’s newest foray into the budget combo amp market, the recently released WorkingPro series, retains all the positive features of the Workingman with greatly improved sound quality.

These controls work to produce a range of pleasant sounds without hurting your bass’s natural color. Low frequencies do sound much warmer and clearer with the bass-intensifier switch enabled, which leads one to believe that SWR could have easily added the device into the amp’s regular circuitry and eliminated the switch. Few bassists will even touch the switch after it is activated for the first time.

The 12-inch amp, which I tested, also contains a cutoff knob that adjusts the frequency range boosted by the bass intensifier. This is a nice feature that allows you to increase the warmth and volume of a particular set of frequencies without affecting tone.

All three versions have a tilt-back design, which lets you use the amps as monitors. Most bass players would tell you that tilting back or elevating their amps drastically reduces the low end, which is why most musicians prefer to have their amps sitting flat on the ground. SWR has tried to counteract this negative consequence by adding a wedge EQ button. When enabled, the wedge EQ is supposed to compensate for any lost acoustics. However, I found that it does little to prevent the amp’s warm lows from disappearing when in the tilt position.

One other negative feature is the WorkingPro’s weight. The 12-inch version is nearly 20 pounds heavier than Gallien-Krueger’s comparable MB150 12-inch amp. Nonetheless, it might be worth it to carry the extra weight, considering the WorkingPro 12-inch sells for about $200 less than the MB150.

Surprisingly, the WorkingPro sounds as good with an upright bass as it does with an electric bass. This is an added bonus since SWR’s separate line of combos devoted to acoustic instruments is much pricier.

Overall, the WorkingPro series amps provide what most bassists desire: loudness, warm lows and punchy highs, without compromising the bass’s natural sound. They’re a great option if you’re in the market for an affordable, professional-quality combo amp.

Combo bass amps will never be able to reproduce the chasmlike lows and piercing highs of stacks, but SWR continues to bring respectability to amps for those of us without deep pockets. And that would definitely bring a smile to the face of one bass teacher I know.

Visit a pro audio retailer and almost every studio monitor speaker you see will have amplification built in. But visit a high-end audio store and … END_OF_DOCUMENT_TOKEN_TO_BE_REPLACED

Unless you’re a certified guitar nerd, the name Ted McCarty (1909-2001) probably means nothing to you. But no matter who you are, there’s little doubt … END_OF_DOCUMENT_TOKEN_TO_BE_REPLACED

In audio as in jazz, some of the most interesting trends happen far outside the mainstream. Hop onto internet forums dedicated to headphones, and you’ll … END_OF_DOCUMENT_TOKEN_TO_BE_REPLACED

On April 18, 1972, the Roland Corporation was founded in Osaka, Japan. Its mission: to produce electronic instruments and accessories for musicians. Two years later, … END_OF_DOCUMENT_TOKEN_TO_BE_REPLACED