Skip to content
Become a member and get exclusive access to articles, live sessions and more!
Start Your Free Trial
Home > Reviews > Switched On: The Future of Amplification 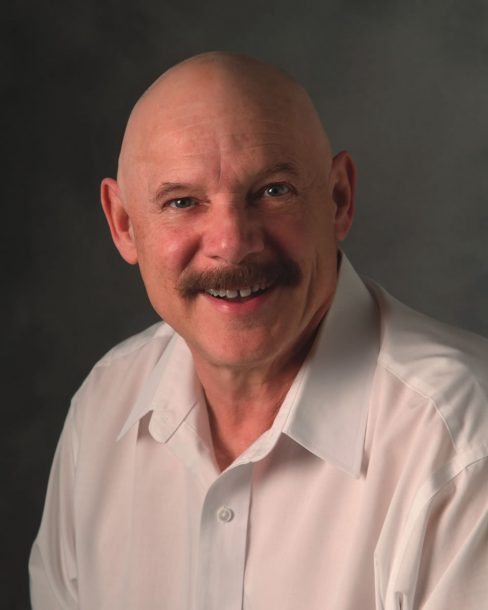 When it comes to amplifying the music that comes out of our various discs, MP3 players, tapes and laptops, we’ve advanced leagues beyond the simple megaphonelike trumpet Edison used to amplify “Mary Had a Little Lamb” as it screeched forth from his early cylinders.

Going full circle from tubes to transistors and, for many, back to tubes, we are now poised on the threshold of a new generation of amplifiers. Most of these are based on the super-fast on/off switching-around 500,000 times per second-of an electrical current to re-create the musical waveform. Because digital information is stored via a similar concept-the zeros and ones of digital processing and recording represent turning a switch on or off, albeit in complex combinations-this genre of amplifier is often referred to as a “digital amp,” which is not really an accurate term but is still commonly used. They aren’t brand new, either-Infinity was selling a form of switching amp as far back as the late 1970s.

But switching amps are now becoming more and more common. Most of us own at least one, if not several, whether in a car stereo, a powered subwoofer or a multichannel home-theater receiver. And though their sonic limitations confined switching amps chiefly to the lower end of the audio marketplace initially, great strides have been made in the technology recently and have opened the floodgates to include even the highest of the high end. Solid-state amplifier legends, including Jeff Rowland Design, Krell, PS Audio and even tube diehards, such as Audio Research and Bel Canto Design, have all embraced some form of switching-amp theory. Reviewers and consumers alike are praising these new amps for their improved musicality over traditional transistor amps as well as for their more efficient operation-higher efficiency resulting in cooler operation, lighter weight and, often, lower price per watt.

Where we will end up in just 10 years is anyone’s guess. But for the time being, switching amps are here to stay and, luckily, the sound continues to improve.

To gain more insight on the current amp situation, I recently spoke with two audio gurus who’ve been on the vanguard of amplifier design for many years.

Bob Carver is a true legend in the high-performance audio universe, first making his name with one of the earliest megawatt amps on the market, the Phase Linear 700, way back in 1972, then literally putting his name on his products when he founded the Carver Corporation in 1979. He now heads Sunfire (sunfire.com), where he has developed a number of significant products including the Sunfire True Subwoofer in addition to his much-hailed amps.

Carver gave me a brief history of amplifier design and why the switching amp, albeit not yet up to his standards, has made such progress in the last few years:

“There is a renaissance in amplifier technology right now, much as there was in the early ’30s in tube amps before most designs coalesced around a circuit referred to as the Williamson in the mid-1930s,” he says. “This stopped the crazy search for the perfect amp as most everyone used some variation of the Williamson circuit in their amplifiers.

“Then something similar happened with early solid-state designs until things settled down in the mid-’70s with amplifiers like my Phase Linear and the classic Crown amp. In general, designs didn’t change much until the ’90s, when Ray Dolby came along and said, ‘Guys, we need more than two channels,’ as he proposed the concept of surround-sound systems. Then the quest began to come up with a multichannel amp that wasn’t a 200-pound heat-generating monster, so designers all over the world began to research digital amps. At first the amps tended to blow up and didn’t sound that great, and they were typically low-powered devices that didn’t play hard or loud.

“But the object was to cram five amps into a small receiver, and designers took off in different paths trying to find the solution. Gradually things have improved, but a switching amp still doesn’t sound as good as a high-quality traditional push-pull amp, in my opinion, mainly because the filters, which switching amps must use to filter out their own switching noise, are, by and large, implemented incorrectly,” Carver says.

Ever the innovator, Carver sees a better way. “I’m working on a new design for a switching amp that I hope will sound as good as a great tube amp. It’s a circuit in which the filters are used correctly by introducing the signal-correcting feedback, which most amps use after the filter, not before. I think that in the future, most designs will go in this direction-it just makes sense.

“Having to design five-channel amps was a kick in the pants for the industry, and the technology just had to go to a more efficient, more compact, less heat-producing design, and switching amps offer that solution. Open a Sony receiver and all you see is switching amps inside. Hopefully, one day soon, they will sound really good and live up to their promise,” Carver says.

And though Carver is unquestionably zooming at 100 mph into the future, he does so without denying the past, evidenced by his continuing appreciation of that classic tube-amp sound so many believe to be the zenith of true musicality from an amplifier.

“In order to make sure I have a high standard to which I can compare my new switching amps, I am still building tube amps for myself. I have a real beauty I am working on right now because I want my new designs to compare favorably to the sound of tubes, which seems to be the goal of so many designers these days,” says Carver.

On another front, self-professed jazz fan John Stronczer of Bel Canto Design (belcantodesign.com) has been designing amplifiers for a couple of decades, starting out with some very well-received triode-based tube jewels. But in the early part of this decade, he realized the future of audio amplification was going to be based in the ever-growing digital domain. Bel Canto is now one of the leaders in the production of so-called digital amps, now basing its designs on a nifty little amp-module concept created by Bang & Olufsen called ICEpower, which is also used by Rotel, Jeff Rowland, Cary Audio and many others. Proving the merits of ICEpower, Bel Canto’s e.One REF1000 ($1,995) is an astonishing 500-watt per channel amp that weighs in at only 13 pounds!

Stronczer offers his take on the current state of amp design: “Traditional solid-state design has largely been marginalized to the ultra-expensive category. The broad middle ground has been largely taken over by switching amps because people are looking for something better and more exciting,” he explains.

Bel Canto has taken a hard look at most available solutions to building a state-of-the-art switching amp, and Stronczer, now focusing his attention on ICEpower, is impressed-not just with the sound of these modules but also with the flexibility a designer has in shaping an amp’s final sound via the accompanying circuits.

“ICEpower in its current generation,” Stronczer says, “is much improved over the original versions, which, when I listened to them a few years ago, I found lacking in certain areas. Now I would say it is a highly optimized building block for amplifier design, with each manufacturer incorporating their own proprietary designs. Everyone has their own unique take on implementing the modules, so not all ICEpower-based amps sound the same.”

When quizzed on where the industry is heading with regards to amplification, Stronczer sees designs that are more and more compact and simplified, eliminating the need for component matching and all the ensuing problems such issues create. And he makes a convincing argument for digitizing everything but the kitchen sink.

“We’ll soon be shipping a new integrated amp and a powered DAC [digital-to-analog converter], which will get us all closer to an integrated approach to system building,” Stronczer says. “Down the road I see more of this trend where all signals, even analog, are converted immediately into the digital domain, and only at the end of the chain, just before the speaker, does the signal convert to an analog in order to power the speaker. This will eliminate analog interconnects and noisy analog volume controls and preamp switching functions.

“The system might consist of a front-end box with various inputs, including USB so you can use your laptop as a music server, as well as inputs for analog components like turntables and tuners,” he continues. “Everything would be converted to the digital domain immediately, then distributed to a powered DAC, which would convert the signal to analog to drive the speaker. This would result in much cleaner sound by eliminating all that analog noise and distortion, making music much more fun to listen to. We see a simple, totally integrated system to which the consumer just adds their speakers as the way of the future, and it certainly is where we are headed at Bel Canto.”

Visit a pro audio retailer and almost every studio monitor speaker you see will have amplification built in. But visit a high-end audio store and … END_OF_DOCUMENT_TOKEN_TO_BE_REPLACED

Unless you’re a certified guitar nerd, the name Ted McCarty (1909-2001) probably means nothing to you. But no matter who you are, there’s little doubt … END_OF_DOCUMENT_TOKEN_TO_BE_REPLACED

In audio as in jazz, some of the most interesting trends happen far outside the mainstream. Hop onto internet forums dedicated to headphones, and you’ll … END_OF_DOCUMENT_TOKEN_TO_BE_REPLACED

On April 18, 1972, the Roland Corporation was founded in Osaka, Japan. Its mission: to produce electronic instruments and accessories for musicians. Two years later, … END_OF_DOCUMENT_TOKEN_TO_BE_REPLACED