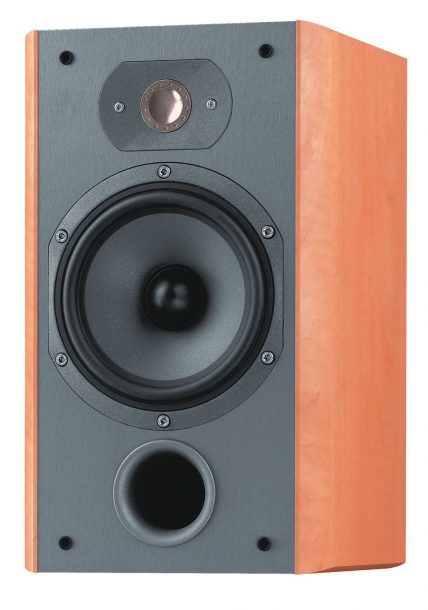 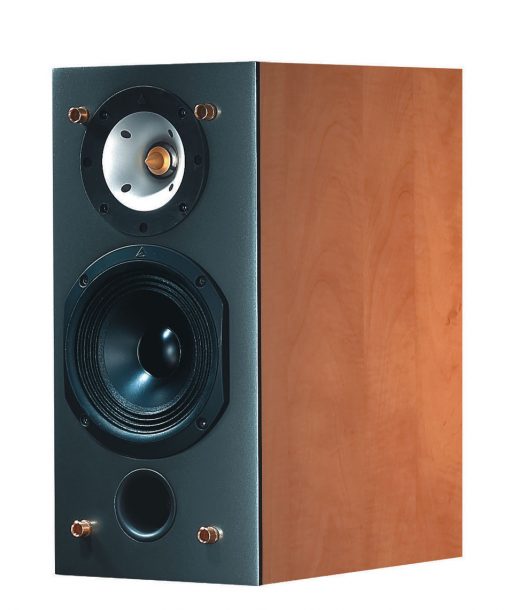 When it comes to loudspeakers, bigger is not always better.

What matters most is the way a speaker conveys the essence of the music being played. Does it project the emotion recorded on the disc, and does it provide enough detail to provide a sense of the performers’ individual styles, timbres and idiosyncrasies so that we can tell one player and instrument from another? And can it do all of this in a way that does not fatigue our ears with too much bass or too much treble?

A speaker can often present a lively and exciting sensation in the store, but once you get it home, you might discover that what produced that extra adrenaline was actually a kicked-up tweeter. When played for several hours in your living room, it starts to peel the wallpaper, igniting a form of sonic hell from which you can’t escape as long as you own that speaker. When shopping, pay attention to anything in a speaker that calls attention to itself, especially anything that sounds suspiciously lively or bright or anything that reeks of excessive or bloated bass. Remember, balance is the key.

Monitors, sometimes referred to as bookshelf speakers, can actually offer some advantages. They can be less expensive than a good floor stander, but not always. Their small footprint allows them to nearly disappear in a small living room, bedroom or apartment. They should always be placed on stands, a bit out from rear and side walls, for the best sound and should never be crammed into a bookshelf. Bass will suffer as the speakers’ output will be hampered by their confined environment.

One of the key attributes of the monitor is its ability, when properly positioned, to create a three-dimensional sensation of instruments playing in a real acoustic environment. “This is a result of their smaller baffle, or front surface,” says Stuart Overfield of Audio Systems, a boutique audio shop in Austin, Texas. “Because front reflections are reduced, you don’t get that sort of closed-in effect that a poorly designed larger baffle can create, which can sometimes make music sound like it’s coming from a tin can. Also, the smaller front baffle can be more rigid, allowing less movement of the speaker driver, which helps create a more solid sonic image.”

Monitors are also noteworthy for their realistic midrange, a quality that’s important for lovers of acoustic music and vocals. “The enhanced mids might be partly psycho-acoustic,” Overfield says. “Since there is less bass, it’s easier to focus more attention on the midrange.”

In any case, whether it’s their size, their musical attributes or their typically lower cost, monitors can be the best choice for many music lovers and there is no need to suffer bad sound or small sound as a result. It just takes some careful shopping with an open mind and, especially, open ears.

Canada’s PSB (psbspeakers.com) continues to offer some terrific loudspeaker bargains. Chief designer Paul Barton is recognized for his uncanny ability to create astounding musical reproduction from speakers that might be priced much, much higher by other manufacturers. Barton’s dedication to simple, straightforward design allows him to offer such well-regarded products. For more than 15 years PSB has offered an entry-level speaker, dubbed the Alpha B1 ($279/pair) in its latest incarnation, which has been hailed by critics and remains unrivaled at its price.

During some extended listening the Alphas lacked the “Nth” degree of bass and overall resolution, but they still conveyed a more than pleasing sense of the music. Can they rock? Yes, indeed. Shortcomings aside, they nonetheless possess surprising extension at both ends of the frequency spectrum. Most important, they exhibit a very solid grip on the midrange, which is the key to their ultimate success since it’s in those mids where the music really blooms.

On Texas reed man Eli Haslanger’s swinging new CD, Dream Story, cymbals came across crisp and tight, the attack on the acoustic bass strings was taut and punchy and Haslanger’s meaty, solid tone came through with verve and authority.

It is generally agreed that female vocals represent the supreme test of a speaker. Playing Stacey Kent’s The Boy Next Door, the Alphas passed with flying colors. There were no distracting colorations to Kent’s intimate voice. Instead, she came through with astonishing clarity and purity, and the Alphas created a very respectable reproduction of a live human voice with plenty of detail and believable accuracy of timbre. The bonus was the way the speakers handled the fat, full guitar sound on this fun little disc.

To give the Alphas a boost in the low end, I decided to audition them again with an external subwoofer, in this case the PSB SubZero i ($349), which made a combined system cost of just over $600. With the addition of the sub, the bottom end solidified. With the Alphas relieved of the need to hit those extreme lows, they became even more capable of handling the rest of the music with grace. The mids seemed to get even better and the entire musical experience improved dramatically. The overall presentation filled out and became just a lot more fun. Kent’s lovely voice soared over what was transformed into a more realistic musical backing. Replaying the Haslanger disc, the extra extension on the low end added a bit more depth overall than the Alphas alone. This is especially meaningful when listening to recordings featuring acoustic bass or other acoustic instruments.

Combining the Alphas with the SubZero creates a fortune in musical pleasure on a shoestring budget. If money is tight, or if you simply want to create a second system for the kitchen, bedroom or office, the Alphas should be at the top of your shopping list. If you have a bit more to spend, say a couple hundred, and want to stick with PSB, then check out the company’s excellent Image B25 ($449), which takes all the Alpha’s wonderful qualities to a significantly higher level.

JM Lab (focal-fr.com/home/en/) is a French company owned by Focal, one of the world’s leading manufacturers of OEM speaker drivers. Its Chorus 706S ($550/pair) is a very affordable introduction to high-performance audio, several steps ahead of what the same money would purchase at a big-box warehouse store. They are extremely well balanced, relatively efficient and can create a surprisingly large image for their size.

I ran them through their paces with a few discs, starting with guitarist Anthony Wilson’s Savivity. These speakers have more than enough low end, perfect for the soulful pedal notes of Joe Bagg’s Hammond B3. And the honey-tinged tone of Wilson’s guitar veritably oozed from the speakers. But make no mistake: The sound was not overly syrupy. It offered lots of nuance and focus as Wilson plucked each and every easily discernible note.

Spinning Hub Cap, an old Freddie Hubbard session from 1961, I locked into the crystal clear presentation of this vintage Rudy Van Gelder recording. Hubbard’s trumpet was pristine, cutting through without any ear-piercing distortion or colorations. Philly Joe Jones’s popping snare and locomotive ride cymbal were portrayed as they were intended, propelling the band along with the correct amount of syncopation and suspense. These speakers clearly delivered all the subtleties of Jones’ kit that Van Gelder captured on the original tape. Cedar Walton’s piano was unwavering, solid as a rock holding up the harmonic structure of the band. The 706s didn’t miss a note, which was significant since many lesser speakers just don’t do pianos justice.

Returning to the Stacey Kent disc, the JM Labs delivered a velvety vocal reading with an excellent balance between her voice and the band. The focus remained where it should: front and center on her voice. On “Too Darn Hot,” Kent’s voice nearly made me crank up the air conditioning, so convincing was the reproduction of her sultry interpretation of Cole Porter’s classic lyrics.

These speakers really soar on those all-telling female vocals, proving their worth well beyond their actual cost in dollars. The JM Lab Chorus 706S would be a no-compromise solution for any budget-driven music system.

Triangle (triangle-fr.com), also a French company, has been often mentioned in these pages for its easy-to-listen-to products. Its loudspeakers deliver music in a way few others truly can. Triangle’s Titus Es ($749) is a modest monitor with immodest sound. Like all Triangles, it is nonfatiguing, capable of revealing intimate details without resorting to excessive brightness or other sonic chicanery.

When I played some cuts from Universal Syncopations by bassist Miroslav Vitous, the Triangles were tonally right on; again, no colorations, just pure musical music. Yeah, they could go a tad lower on the bottom end of Vitous’ bass, but on the top, nothing was missing. Jack DeJohnette’s artistry was immaculately portrayed with lots of snap and power from the drums and an extremely faithful replication of his cymbals’ brass sound. Chick Corea’s piano was as percussively pointed as always, the Triangles revealing some tasty insight into his mastery of the keyboard.

Listening to Ella Fitzgerald’s Irving Berlin Songbook, Volume One, the Triangles made it easy to pick out individual instrumental lines in the thick brass section, while the strings came across as a full, rich ensemble, not squeezed and constricted into an unrecognizable mass. Meanwhile, Fitzgerald’s voice was liquid and expressive of all those qualities for which she is legendary. The Triangles didn’t add or subtract anything from her amazing vocal instrument.

These are speakers I could live with happily ever after.

Dynaudio (www.dynaudiousa.com) is another longtime producer of drivers for many other better-known speaker brands, but its own line of products regularly receives rave reviews. The Dynaudio Audience 42 ($849) is an extremely compact speaker with a surprisingly large and precise sound. It is another tonally accurate small box of audio dynamite capable of transmitting the drive and emotion of your favorite tunes. It offers excellent extension on top without a hint of distortion, just plenty of absolutely pleasing music. I gave these a spin with Los Angeles sax whiz Zane Musa’s newest CD, Introducing Zane Musa. Via the Dynaudios, the ensemble’s collective sound clicks as a tight cohesive unit with lots of forward motion, yet all the individual instrumental timbres, dynamics and other qualities were easy to pick out in this extremely well-recorded live studio session. The excitement of the musicians’ intuitive interplay really came across thanks to the fidelity of this little gem of a speaker. From bottom to top, these Danish-made boxes are quite remarkable performers.

Other manufacturers to consider for quality monitors priced under $1,000 include Paradigm, Totem, B&W, Usher, Wharfdale, Epos, Monitor Audio and Infinity, just to mention a few.

Just remember, don’t stack any of these diminutive yet noble components on a shelf next to your Webster’s or your collection of JazzTimes. Taking the time and effort to select a quality speaker, then allowing it the space it needs to breathe, will produce endless hours of jazz-induced euphoria regardless of size.

Visit a pro audio retailer and almost every studio monitor speaker you see will have amplification built in. But visit a high-end audio store and … END_OF_DOCUMENT_TOKEN_TO_BE_REPLACED

Unless you’re a certified guitar nerd, the name Ted McCarty (1909-2001) probably means nothing to you. But no matter who you are, there’s little doubt … END_OF_DOCUMENT_TOKEN_TO_BE_REPLACED

In audio as in jazz, some of the most interesting trends happen far outside the mainstream. Hop onto internet forums dedicated to headphones, and you’ll … END_OF_DOCUMENT_TOKEN_TO_BE_REPLACED

On April 18, 1972, the Roland Corporation was founded in Osaka, Japan. Its mission: to produce electronic instruments and accessories for musicians. Two years later, … END_OF_DOCUMENT_TOKEN_TO_BE_REPLACED