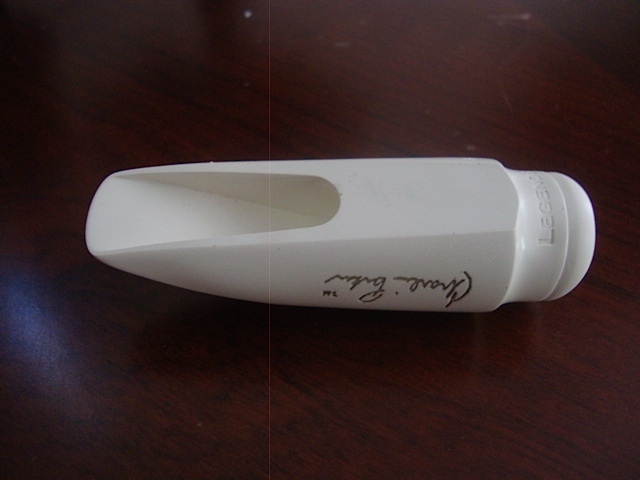 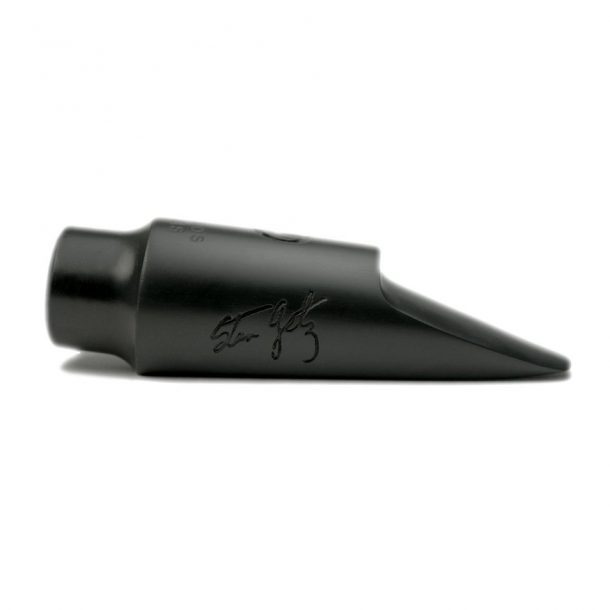 Young players have been copping licks off their elders since jazz’s beginnings. More difficult than stealing a style, however, is replicating a sound. It is one thing to memorize licks, but quite another to mimic a specific quality of tone. This is especially problematic for reed players, given the many variables: embouchure, reed, horn, mouthpiece, etc. Especially mouthpiece. It’s no problem to find the same make and model of horn Charlie Parker used. But unless you get your hands on a similar mouthpiece, you’ll never really get close to his sound.

Ah, but we’re living in the 21st century. Where there’s a will, the skill and the technological means, there’s a way. The instrument manufacturer RS Berkeley got its mitts on an alto mouthpiece once belonging to Charlie Parker via Bird’s daughter Kim, and arranged with the mouthpiece designer Aaron Drake to craft a line of copies-accurate, according to RS Berkeley, “right down to the teeth marks.” The company also facilitated replicas of pieces used by Stan Getz and Johnny Griffin, though the latter wasn’t available in time for this review. Not only is it possible to play the same kind of piece these icons used; thanks to RS Berkeley and Drake, you can essentially play the same exact thing.

We’ll start with the Parker. For a project that a cynic could say smacks of necrophilia, it might not have been the best decision to package the mouthpiece in a pine box that unintentionally resembles a tiny coffin. I’m sure the intent was to conjure an air of spare-no-expense luxury, but given the tragic arc of Parker’s life, I doubt I’ll be alone in making that connection. Beneath the sliding lid is an attractive and useful burgundy velour bag containing the mouthpiece. For obvious reasons, the company was stingy with information regarding the make and model of the original mouthpiece. However, it’s not difficult to narrow down the possibilities: It was almost certainly a Brilhart Tonalin (probably the Streamline version). Indeed, Drake uses his proprietary “‘Acoustalin’ Vintage Resin” in its manufacture (bingo!). The piece is a lovely ivory color; unfortunately, a multitude of chefs contributing to this project results in a mish-mash of logos and trademarks that compromise its looks.

But enough visual quibbles. The play’s the thing, and this thing plays marvelously. It comes in three different tip-openings: 4* (.62, Bird’s original), 5* (.72) and 6* (.82). I received the latter two. The 5* was most comfortable for me, since the opening is essentially the same as the Meyer 5M I’ve used for decades. It has what I consider a medium-high baffle, which lends the sound an edge that nevertheless resides several doors south of shrill. I’d describe the sound as hard, which is-ta da!-exactly how I’ve always characterized Bird’s tone, especially on the later, somewhat more high-fidelity recordings on which he probably used the mouthpiece upon which this was based. The sound is exceedingly well-focused and centered, easy to play in-tune from top to bottom, without inhibiting a player’s ability and inclination to manipulate the tone.

The Getz is cluttered with almost as many trademarks and logos as the Parker, yet thanks to the jet-black color they’re barely noticeable. Absent is the little box and bag; the Getz ships in a clear plastic container. Drake calls the material he uses to make this mouthpiece “Drake Vintage Resin.” It resembles hard rubber, and performs much the same. The piece (which, I deduce, is based on a hard-rubber Otto Link) comes in a choice of three tip openings: 5* (.085, Stan’s original), 6* (.095) and 7* (.105). I received the latter two. I concentrated on the 7*, since the hardest reeds I had on-hand were Alexander Superial D.C. 2 1/2s.

With medium-strength reeds, my tone was nothing like the round, classically beautiful Getz sound. Even after trimming a 2 1/2 to the equivalent of perhaps a 4, the tone was edgier than I expected-that is, before I remembered that this was the mouthpiece Stan used at the end of his life, when his tone was less cushiony than the classic sound he got on his early records. Like the Bird model, this mouthpiece renders an exquisitely even scale and is delightfully responsive. My conception of tone is wildly different from Getz’s. I can’t say that this made me sound anything like him, but I was easily able to get a sound I like quite a lot.

And that’s what it’s about, isn’t it? You find a kernel of something that appeals to you in the work of a great musician-tone or technique or attitude or any number of things-and out of that you develop your own thing. These mouthpieces, handmade in the U.S., can help make it happen. Of course, like most great tools, these aren’t cheap: The Bird lists for $599, the Getz for $449. There are many fine mouthpieces available for less, and the choice of a mouthpiece is extremely subjective. That said, I can easily imagine someone playing one of these and deciding they had to have it, price be damned. They’re that good.

Visit a pro audio retailer and almost every studio monitor speaker you see will have amplification built in. But visit a high-end audio store and … END_OF_DOCUMENT_TOKEN_TO_BE_REPLACED

Unless you’re a certified guitar nerd, the name Ted McCarty (1909-2001) probably means nothing to you. But no matter who you are, there’s little doubt … END_OF_DOCUMENT_TOKEN_TO_BE_REPLACED

In audio as in jazz, some of the most interesting trends happen far outside the mainstream. Hop onto internet forums dedicated to headphones, and you’ll … END_OF_DOCUMENT_TOKEN_TO_BE_REPLACED

On April 18, 1972, the Roland Corporation was founded in Osaka, Japan. Its mission: to produce electronic instruments and accessories for musicians. Two years later, … END_OF_DOCUMENT_TOKEN_TO_BE_REPLACED