Audiophiles are notorious for embracing dated technologies, but their latest move might leave some wondering if they’ve lost their marbles. Incredibly, the audio world is seeing the resurgence of a product that declined decades ago and practically disappeared from the market around the early 2000s: the reel-to-reel tape deck.

Forty years ago, a reel-to-reel deck was the mark of a true audiophile. But the simplicity of cassette and, eventually, the quality and user-friendliness of digital recording killed off R2R. Or so most audio enthusiasts thought.

Still, a few analog-loving audiophiles knew that reel-to-reel had inherent advantages over the once-again-hot vinyl record. “A reel-to-reel tape is a direct copy of the original recording,” explained Chris Mara, whose business, Mara Machines, specializes in restoring professional decks manufactured by the brand MCI. “A record must be equalized and mastered differently because of the limitations of vinyl. The inner grooves of records don’t sound as good as the outer grooves, but tape is consistent from beginning to end. And tapes don’t suffer from ticks and pops.”

There are two distinct camps in the resurgence of reel-to-reel. The elite crowd focuses on professional half-track machines that store left-channel audio on one half of the tape and right-channel audio on the other. Most record and play at 15 inches per second. Half-track sounds better because the wider the tape is and the faster it runs, the better the performance.

However, restored half-track decks typically cost $10,000 and up. As Greg Beron of United Home Audio described it to me, his company’s work is, in some ways, a redesign of a TASCAM pro deck discontinued in the early 2000s. Besides replacing any worn parts, UHA also adds new recording and playback heads it has optimized for the TASCAM decks. The company upgrades the recording circuitry, and adds an external power supply to keep the noise and magnetic energy of AC wall voltage at a safer distance from the tape. 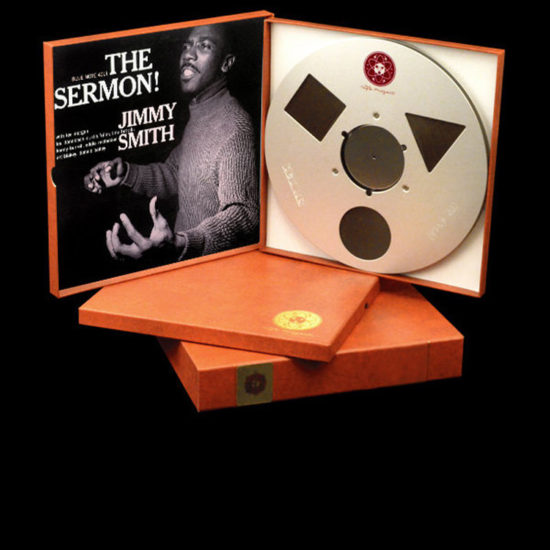 Pre-recorded half-track tapes are available, but range from about $150 to $500 each. For example, the Tape Project offers a catalog of 13 jazz titles, including such classics as Lee Morgan’s The Sidewinder and Sonny Rollins’ Saxophone Colossus, priced at $450 each. The Project’s duplication process utilizes the original analog master and extremely expensive fresh tape, so the price seems justified. Still, few audiophiles can afford to build collections of these tapes. Horch House currently offers 39 jazz titles on reel-to-reel, and a few titles are available from Opus 3 and Yarlung Records. Blank tapes are available from companies such as RecordingTheMasters and ATR Magnetics.

On the other end of the R2R spectrum are secondhand consumer machines that use the quarter-track format: 1/4-inch tape that can be flipped over and recorded in both directions. One quarter of the tape width is used for the left channel and another quarter is used for the right. These machines have a maximum speed of 7.5 inches per second. Because they use only one half as much of the tape surface as a half-track machine, sound quality suffers. Most are built cheaply, using belt drive to turn the tape reels instead of the direct drive found in most pro decks.

The upside of used quarter-track decks is that they can cost just a couple hundred dollars on eBay (even less at a garage sale), and countless used tapes are available for them. The downside is that the quality and reliability of these machines are questionable. “On the pro side, reel-to-reel can’t be beat,” said Gordon Sauck, founder of Innovative Audio, a Vancouver, B.C., shop that specializes in sales and repairs of vintage audio gear. “But quarter-track is finicky and you have to know what you’re doing.”

According to Sauck, most used consumer decks need a full overhaul in order to perform reliably. “If a deck hasn’t been used in a few years, it will probably need replacement of all the rubber parts, such as belts, idlers and pinch rollers. You see sellers on eBay advertising decks as ‘rebuilt’ or ‘just serviced,’ but I’m skeptical. It has taken us a very long time to get all the parts and test equipment to work on these machines. Anything on eBay that’s less than about $750 is hit or miss. Still, you can probably get a decent deck and get it overhauled for about $1,000 total.”

Sauck also questions the quality of used tapes: “They’re 30 to 50 years old, and you have no idea how they were stored.” However, he did point out a surprising trend. “[They’re] called ‘audio voyeurs,’” he said. “There are reel-to-reel enthusiasts who buy blank tapes someone recorded on, at a garage sale or whatever, and listen to whatever’s on them. Once in a while they find a recording that’s really rare.”

Despite all the difficulties and costs of getting into reel-to-reel, it’s a technology that should have special appeal to jazz fans who are up for the risk and effort. As Chris Mara put it, “Every classic jazz record was recorded on a machine like these.”

Visit a pro audio retailer and almost every studio monitor speaker you see will have amplification built in. But visit a high-end audio store and … END_OF_DOCUMENT_TOKEN_TO_BE_REPLACED

Unless you’re a certified guitar nerd, the name Ted McCarty (1909-2001) probably means nothing to you. But no matter who you are, there’s little doubt … END_OF_DOCUMENT_TOKEN_TO_BE_REPLACED

In audio as in jazz, some of the most interesting trends happen far outside the mainstream. Hop onto internet forums dedicated to headphones, and you’ll … END_OF_DOCUMENT_TOKEN_TO_BE_REPLACED

On April 18, 1972, the Roland Corporation was founded in Osaka, Japan. Its mission: to produce electronic instruments and accessories for musicians. Two years later, … END_OF_DOCUMENT_TOKEN_TO_BE_REPLACED