Skip to content
Become a member and get exclusive access to articles, live sessions and more!
Start Your Free Trial
Home > Reviews > Prehistoric to the Space Age: A Brief History of TV’s 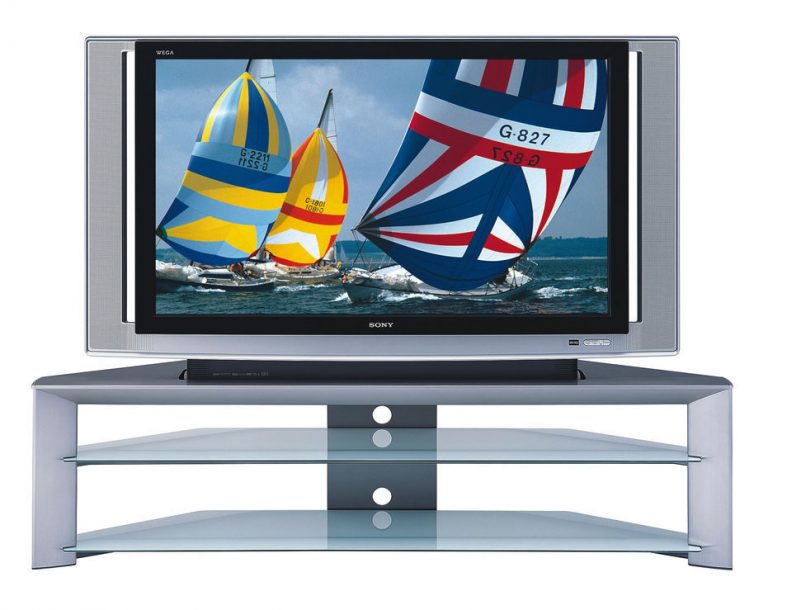 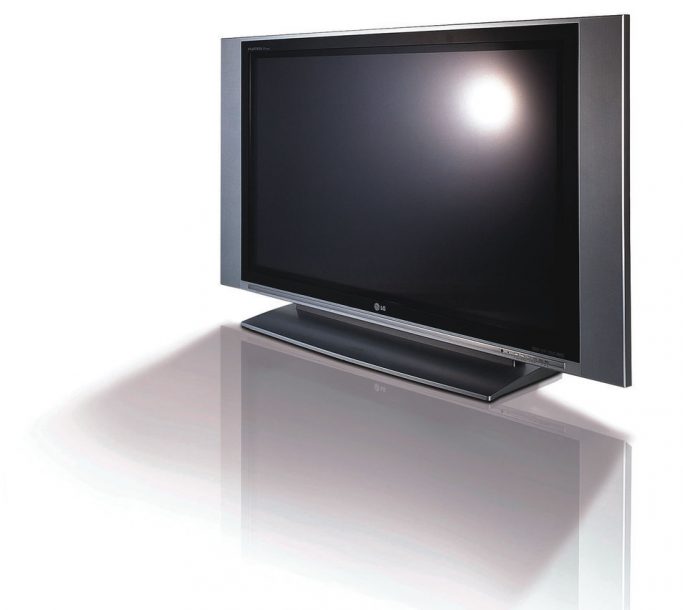 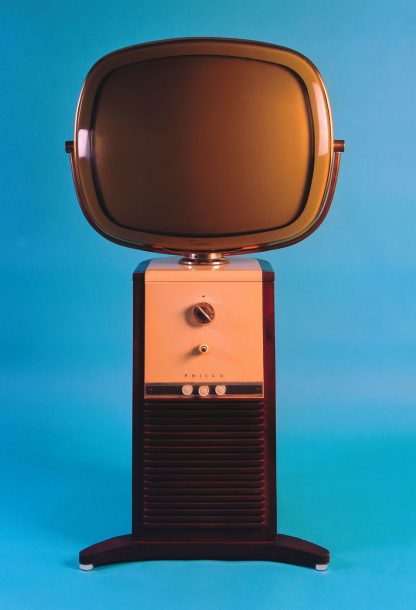 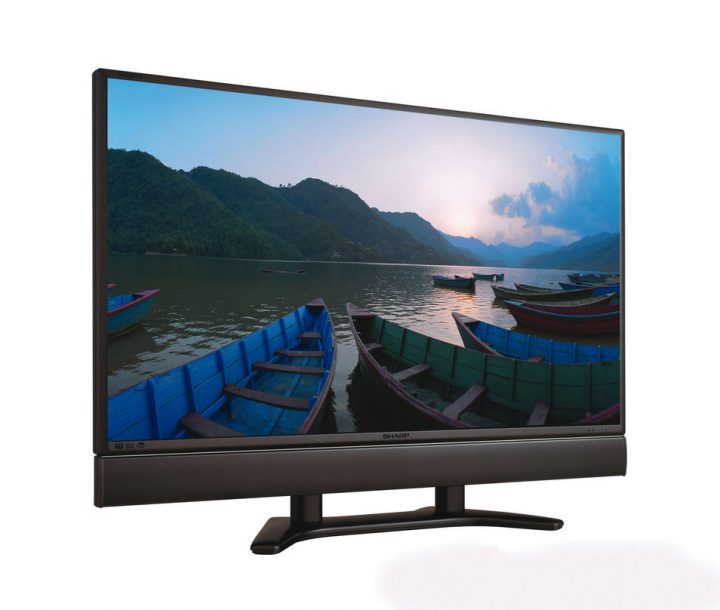 Once upon a time, buying a TV meant choosing between a mahogany or maple cabinet. Having to choose between a color and black-and-white picture was not really even an issue until the late 1950s.

These days, thanks to emerging technologies, not even experts totally comprehend the act of buying a new television. So where does that leave us average consumers who never learned to properly program our now-abandoned VCRs? Well, as Randy Newman sings in the theme song to the detective series Monk: “It’s a jungle out there.”

So what is the current state of affairs faced by consumers who want to replace their old, clunky TV sets? Though the majority of televisions sold today continue to be “old-fashioned” cathode ray tubes (CRTs), the trend is toward a new breed.

Flat is in. HD is in. Digital is in. Heavy, bulky CRTs are out, but price and simplicity keep their sales on top, at least for now.

The confusion arises when consumers are faced with choices such as DLP, plasma, LCD, LCoS, SXRD, HDTV, and so on. What does it all mean and how does one begin to choose?

Well, time for some geek talk.

Traditional TVs create a picture from a mere 480 vertical lines of pixels flashed on the inside of the picture tube. Aside from not really being enough lines to create decent resolution, these lines are interlaced, lines are projected first and then the evennumbered lines, but it’s done so quickly that it’s virtually impossible to notice they are not done simultaneously. This is the broadcast standard, established decades ago, to which the typical CRT television adheres.

But today’s technology can allow for all the lines to be projected, or scanned, at once, and this is called progressive scan-the resulting image being smoother and more filmlike; progressive-scan DVD players can accomplish this level of performance when played back on a compatible television. By increasing the number of lines of resolution, the quality of the picture improves markedly and that is what we have with high-definition television (HDTV). At a minimum, an HD set is capable of 720 lines of resolution in a progressive scan format or 1080 lines of interlaced video. Because of the limitations of interlacing, 720p pictures are as good as, and sometimes better than, the 1080i pictures offered by some sets.

Most HD material today is offered at 720p. But later this year that will change with the advent of brand new high-resolution DVD formats that will radically improve our home-movie viewing.

Two competing formats will have to fight it out for market domination of the hi-def DVD: Sony’s Blu-ray system and Toshiba’s HD-DVD, both of which offer 1080p quality, or true high definition. Those in the know favor Blu-ray, but with Microsoft, Paramount Pictures, Universal Studios and Warner Bros. touting HD-DVD, the outcome is anyone’s guess. At least in the short term the loser will certainly be the consumer, who will once again have to choose sides or accept two incompatible formats.

A couple of other things to remember: A digital TV is not necessarily HD-many digital TVs are still limited to 480-line resolution, albeit progressive scan. If viewing movies makes up much of your time in front of the tube-or panel, as the case may be-make sure you consider a wide-screen format, the so-called 16:9 screen size instead of the more traditional 4:3 image offered by most CRTs. The resulting image will be closer to the sensation of the big screen in a movie theater.

Now down to business.

As previously mentioned, most sets sold today are of the cathode-ray tube variety-the CRT. Yeah, they have no cachet, can weigh in at more than 200 pounds, take up a lot of space in the living room or bedroom and are limited in screen size compared with newer technologies. But in a recent article from The Perfect Vision magazine, video writer Shane Buettner declares: “The CRT direct-view, allegedly in its last days as a viable technology, dominates its

flat-panel counterparts in virtually every aspect of image quality.” He goes on to say, “CRTs do colors that are strikingly more vibrant and far more naturallooking than their digital competitors.”

If economy of budget drives your decision more than economy of domestic real estate, then the CRT is your choice. For less than $600, you can get an extremely capable 32-inch television from Sony, Toshiba or Samsung, among others. My six-year-old Trinitron still beats the socks off the trendier plasmas some of my friends own, but when I recently moved into a new home, it required two bulky dudes to position it on its stand, so I completely understand the idea that lighter TVs are a good thing.

But don’t assume that going the CRT route excludes HDTV. Though a bit costlier than their traditional counterparts, CRT-based HD sets produce amazing results. Buettner sums it up this way: “CRTs are better than ever, but it may be now or never for buying one.” Just remember that CRTs top out around 36 inches or so.

Now, if a truly large screen is in your future, what is there to consider?

When I surveyed this same territory three years ago in this column, it seemed that DLP (Digital Light Processing) was the technology to watch. Unfortunately, advances in DLP sets have not kept up with the evolution of plasma and LCD and LCD-like products. However, within a year, there are rumored to be new, state-of-the-art HD DLP chips on the market that may rival other, more advanced designs in plasma and LCD sets.

Plasmas are the current darling of marketers, and the initial zing of seeing a movie or sporting event on one is certainly hard to ignore. Prices are coming down almost weekly. With some early technology problems resolved, plasmas, now in their fourth generation, are more attractive than ever. Initial issues such as weak blacks, burn-in and lifespan have been significantly addressed in the past year or two: Lifespan has increased to about 60,000 hours,

black rendering has improved markedly and the problem of burn-in has been battled with several ingenious methods.

Plasma screens are sexy because they can be hung on a wall, thus taking up not an inch of floor space, and the obvious brightness of the plasma image is another of the other primary attractions these skinny sets offer. But remember, brightness is not always a good thing plasmas are a great choice for watching TV with the lights down but are not a great choice for brightly lit rooms.

There are many plasmas to choose from, but one in particular represents a real bargain. The LG 50-inch 50PX1D (typical street price: $2,999; lge.com) is a basic plasma set that offers a fantastic picture, 768p, at an astounding price for such a large screen. To solve the burn-in issue, LG has developed something it calls “Image Sticking Prevention,” which provides

protective measures to minimize damage as a result of stationary images. If plasma is at the top of your shopping list, this LG merits a close inspection.

If you have a laptop, you have an LCD. And as the typical laptop screen has a certain limited viewing angle, so did early LCD TVs. In addition, the size of the typical LCD set was limited to fewer than 40 inches. But recent advances have effectively solved the viewing angle problem.

To prove the size barrier is a thing of the past, Sony unveiled the stunning prototype of an 81-inch LCD at this year’s Consumer Electronics Show, while Sharp introduced its new 57-inch Aquos 1080p LCD, all the more impressive than the Sony since it will actually be shipping to retailers by the time you read this.

In addition to size, today’s LCD images rival plasma for resolution and brightness and can now achieve enviable black levels. And LCDs, just like plasmas, are thin enough and light enough to hang on a wall. Current LCDs certainly present a viable option to plasmas, and are often much more affordable.

Sony’s 40-inch LCD, the Bravia KDLV40XBR1 (typical street price: $3,199; sonystyle.com), offers great features and a terrific picture (720p). But the 45-inch Sharp Aquos LC-45GD5U (typical street price: $3,999; sharpusa.com) offers more pleasing, more filmlike images than the Sony, partly due to its 1080p resolution and a somewhat larger picture, but at a slightly higher price. The colors are more natural and noticeably more inviting than with the Sony, which seems to push the red just a bit too much.

There are also rear projection LCD sets that can offer an equally pleasing picture at lower cost. But because the image is actually projected onto the screen from a small LCD device located behind the screen, the physical size of the set is somewhat bulkier than so-called direct-view

LCDs. Once again, if price is a concern but space is not, then consider these products since the picture quality comes pretty darn close to the best direct-view LCD sets. Sony’s KDF-E42A10 42-inch Grand WEGA (typical street price: $1,599) presents a wonderful 720p image for the money. Colors were natural, and the overall picture outstanding. If you want big screen and big performance in a relatively small space for relatively small bucks, this is the way to go.

Perhaps the hottest TV technology today is the LCoS set, which combines elements of DLP and LCD into something new and exciting. These are rear-projection units, so hanging them on a wall is not really feasible. But they are still relatively light, around 100 pounds, and are certainly easier to maneuver than CRTs. The LCoS consists of tiny crystals that block or allow light to be reflected off the surface they cover. The transistors which control the crystals are behind the reflective surface, so each crystal can be closer together. This allows for much higher resolution and much smoother images.

A number of manufacturers are now producing these sets, most notably Sony and JVC, whose SXRD and D-ILA are the respective corporate labels for each company’s proprietary LCoS solution.

Having seen Sony’s two entries into this field, there is probably no better picture to be had for home television viewing for the money. And critics across the board seem to agree: One recent review hailed the 60-inch Sony SXRD set, the KDS-R60XBR1 (typical street price: $3,999), as having a better overall picture than any plasma currently available.

I took a close look at the Sony KDSR50XBR1 (typical street price: $2,799) and could hardly take my eyes off it. Its 1080p picture presented the most filmlike image I’ve ever seen from a home set. With no noticeable artifacts and absolutely natural colors, the desire to just sit and watch was hard to resist. Nothing else I’ve experienced even comes close to the quality of this television. With performance this far ahead of the pack, perhaps simplicity has returned to the chore of buying a TV.

Visit a pro audio retailer and almost every studio monitor speaker you see will have amplification built in. But visit a high-end audio store and … END_OF_DOCUMENT_TOKEN_TO_BE_REPLACED

Unless you’re a certified guitar nerd, the name Ted McCarty (1909-2001) probably means nothing to you. But no matter who you are, there’s little doubt … END_OF_DOCUMENT_TOKEN_TO_BE_REPLACED

In audio as in jazz, some of the most interesting trends happen far outside the mainstream. Hop onto internet forums dedicated to headphones, and you’ll … END_OF_DOCUMENT_TOKEN_TO_BE_REPLACED

On April 18, 1972, the Roland Corporation was founded in Osaka, Japan. Its mission: to produce electronic instruments and accessories for musicians. Two years later, … END_OF_DOCUMENT_TOKEN_TO_BE_REPLACED