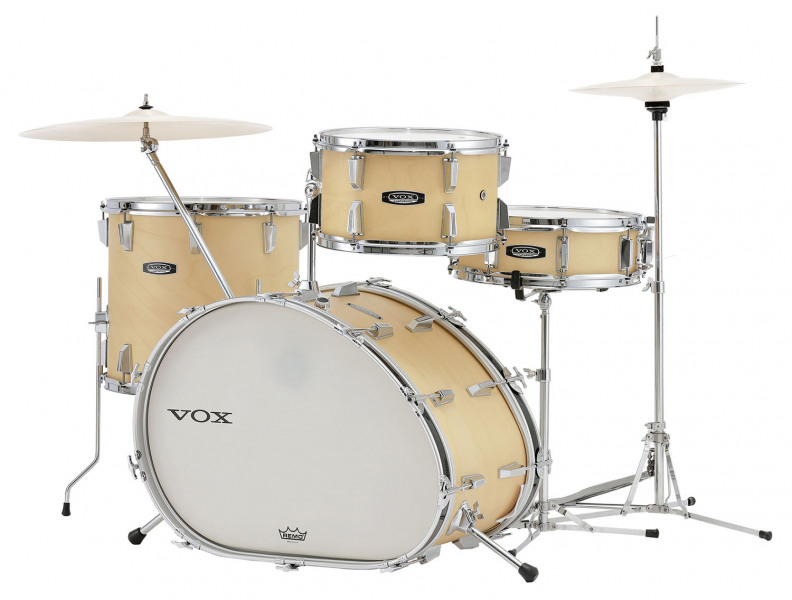 When Vox first released the Telstar drum set in the 1960s, its eye-catching “flat tire” bass drum was chambered, and designed to support two pedals (one for each chamber—different tones, y’see). The company’s revival of this unusual kit, the Telstar Maple 2020, produced in conjunction with Sakae Osaka Heritage, gets rid of the chamber concept, allowing drummers to exploit the full resonant possibilities within that big oblong shape. Otherwise, the new Telstar sticks fairly close to the old aesthetic, and who can argue with that?

Every jazz fan knows that intimate clubs like the Village Vanguard sound different from large venues like Carnegie Hall. Clearly, the space we listen in … END_OF_DOCUMENT_TOKEN_TO_BE_REPLACED

The Roland corporation of Japan only manufactured its TR-808 Rhythm Composer drum machine for three years, from 1980 to 1983, but that short time was … END_OF_DOCUMENT_TOKEN_TO_BE_REPLACED

I got a shock when I visited a T-Mobile store last May after losing my smartphone. I asked for the latest Samsung Galaxy S-series model—but … END_OF_DOCUMENT_TOKEN_TO_BE_REPLACED

The world has seen quite a few peculiar electronic keyboard instruments over the years, especially from the era before digital technology. Some, like the Mellotron, … END_OF_DOCUMENT_TOKEN_TO_BE_REPLACED