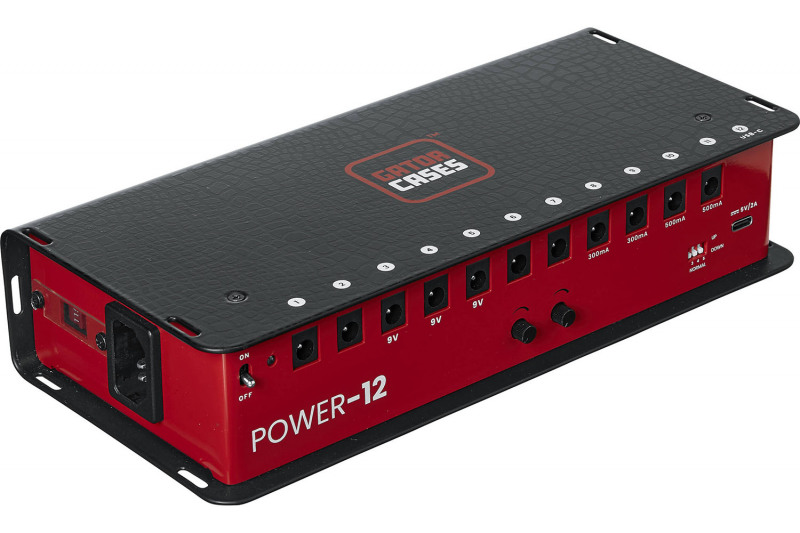 It only follows that the more pedals you haul around with you (see above), the more power you need. Luckily, Gator Cases has you covered with the Power-12, which is, as its name suggests, an effects pedal power supply with no fewer than 12 isolated outputs. While nine of those outputs are set at specific voltages, the other three can switch between 9 and 12 volts, and its AC input is also switchable from 115 to 249 volts for international use.

Every jazz fan knows that intimate clubs like the Village Vanguard sound different from large venues like Carnegie Hall. Clearly, the space we listen in … END_OF_DOCUMENT_TOKEN_TO_BE_REPLACED

The Roland corporation of Japan only manufactured its TR-808 Rhythm Composer drum machine for three years, from 1980 to 1983, but that short time was … END_OF_DOCUMENT_TOKEN_TO_BE_REPLACED

I got a shock when I visited a T-Mobile store last May after losing my smartphone. I asked for the latest Samsung Galaxy S-series model—but … END_OF_DOCUMENT_TOKEN_TO_BE_REPLACED

The world has seen quite a few peculiar electronic keyboard instruments over the years, especially from the era before digital technology. Some, like the Mellotron, … END_OF_DOCUMENT_TOKEN_TO_BE_REPLACED