Skip to content
Become a member and get exclusive access to articles, live sessions and more!
Start Your Free Trial
Home > Reviews > Gearhead, Guitorgran > Gearhead: Memories of the Guitorgan

In the Artist’s Choice section of our September issue, singer/songwriter/multi-instrumentalist Georgia Anne Muldrow made a comment that kicked my nostalgia circuits into high gear. She was talking about “I Don’t Want Nobody,” a track on Eddie Harris’ 1975 album I Need Some Money, and she happened to mention that the tune features her father Ronald Muldrow playing … the Guitorgan.

Seeing that word in print instantly took me back about 30 years. In my mind, I was standing in my local guitar shop/home away from home in Cambridge, Massachusetts, peering at a strange instrument in a display case. At first glance it looked pretty much like your standard semi-hollow electric 335-style ax, but a closer inspection revealed all this extra stuff: knobs, dials, veg-o-matic-style buttons. The sign next to it identified it as a Guitorgan. “A Guitorgan?” I said in puzzlement. “Yeah,” one of the store’s proprietors responded, “you can make it sound kind of like a Hammond.” No more needed to be said; I had to try it immediately.

Although I was a guitar player, I loved the sound of a Hammond B-3, and apparently Texas inventor Bob Murrell had folks like me in mind when he came up with the Guitorgan in the 1960s. Each Guitorgan contains the electronic innards of an organ and can sound like either a guitar or an organ, or both at the same time, depending on your needs. Murrell’s company Musiconics International, or MCI for short, built about 3,000 of these quirky hybrids between 1967 and 1984. Organ manufacturer Baldwin helped him develop the instrument’s internal circuitry. The guitars housing that circuitry came from a variety of companies, including Ventura, Univox, Ibanez, and Yamaha.

What all these guitars have in common is a special set of frets on their fingerboards, each divided into six segments (one per string) and wired to the organ electronics. Fretting any note on the fingerboard activates a matching pitch on the organ. You can regulate how much or how little organ you hear with a massive footswitch. And all those controls on the guitar’s body can change both its normal and organ tones.

The Guitorgan isn’t the only guitar/organ combo ever made—companies like Vox and Godwin also got into the game—but it is the most famous, a precursor to the guitar synthesizers of the 1980s and beyond. Unlike guitar synths, though, Guitorgans don’t allow you to bend strings. And that, I must confess, diminished my interest in the one I tried all those years ago. Now I wish I’d given it more of a chance; how great would it be to cover two parts of an organ trio with one instrument? If that idea appeals to you too, keep an eye out for Gui- torgans online. They generally sell for around $1,000, remarkably inexpensive for such a cool cult piece.

Get It in Lockdown 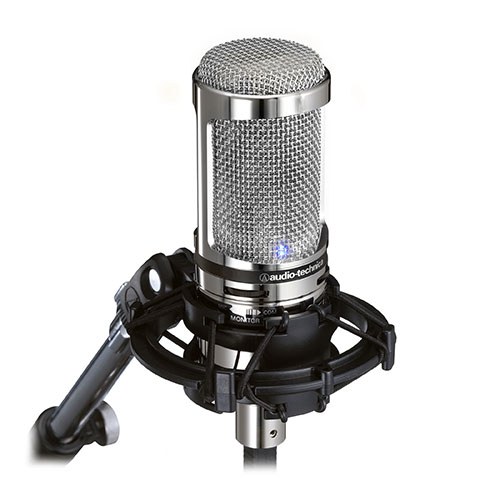 Quarantine got you spending more time in your home studio these days? Audio-Technica’s new limited-edition AT2020USB+V cardioid condenser microphone is about as convenient as it gets for plug-and-play hi-fi recording. Not just a USB mic, it also has a built-in headphone amplifier with volume and mix controls, allowing you to directly monitor its signal with no delay and blend it with previously recorded audio. And it comes with a shock mount to attenuate any mic-stand noise.

These days, if you’ve got the right apps, you can recreate the sound of just about any instrument on earth. In the early 1970s, when … END_OF_DOCUMENT_TOKEN_TO_BE_REPLACED

It was the peak of the Roaring Twenties, and a great time to sell saxophones. More than a million of the instruments were already in … END_OF_DOCUMENT_TOKEN_TO_BE_REPLACED

Back in the 1960s, tone controls were considered a must-have feature for audio gear. But in 1974, their reputation sank when famed audio entrepreneur Mark … END_OF_DOCUMENT_TOKEN_TO_BE_REPLACED

Old hardware of any sort often carries a certain cachet. But vintage audio gear, produced from the 1950s through the 1980s, has become an obsession … END_OF_DOCUMENT_TOKEN_TO_BE_REPLACED