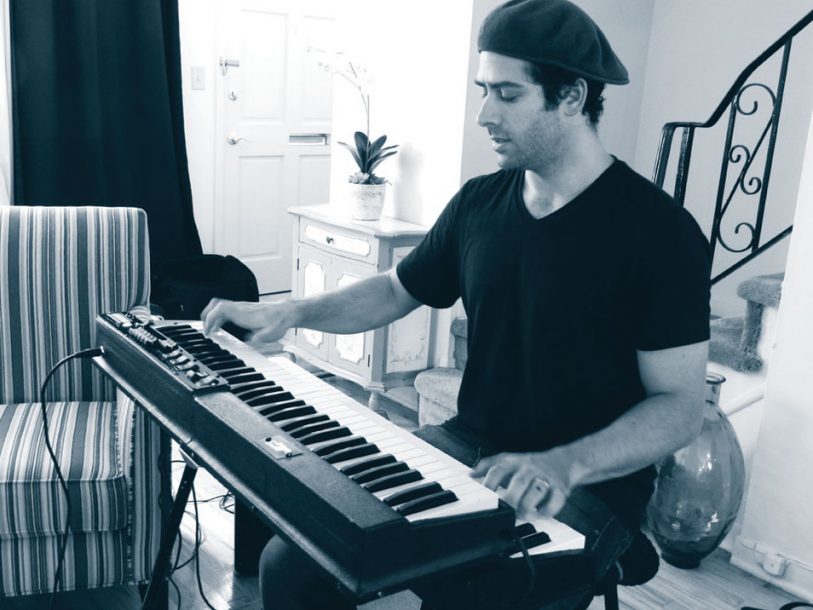 Jared Gold at home in New Jersey with his JG3 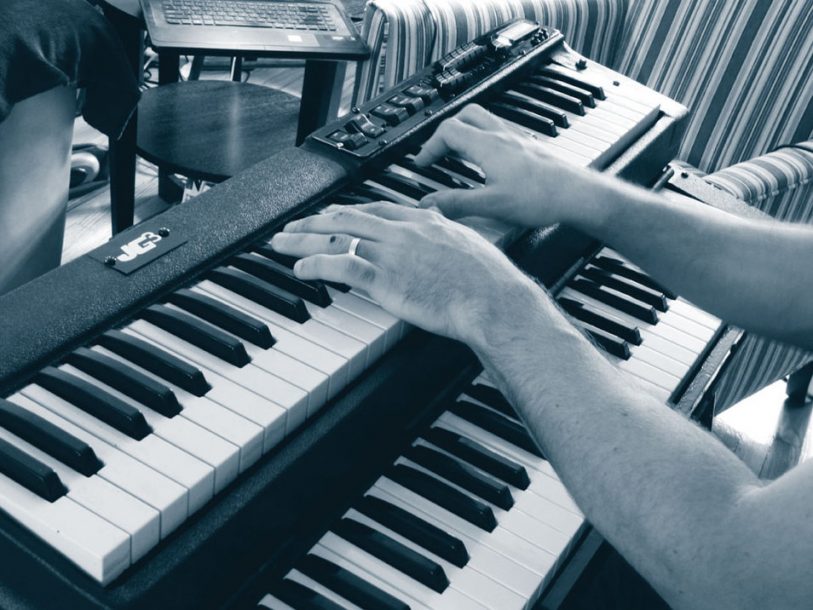 Jared Gold at home in New Jersey with his JG3

When Jared Gold’s Hammond clone broke down on a gig several years ago, he decided enough was enough. “The thing just wouldn’t start up,” recalls Gold, 33. “It was a nice jazz club and it was really embarrassing. We had to cancel the gig, everyone went home, and I was like, ‘This is not gonna work.’ I was tired of being at the mercy of the gear, so I figured I’d make my own gear.”

The end product of that frustration, and of a lot of subsequent trial and error, is the JG3, a MIDI organ that Gold designed, builds and now sells himself out of his home in Edison, N.J. The major advantage of Gold’s design is that the organ folds in half, making it extremely attractive to traveling musicians. “It’s super-convenient and super-portable,” he says. “I’ve taken it on airplanes as a carry-on.”

A Jersey native, Gold began playing piano as a child but switched wholeheartedly to organ while attending William Paterson University. “I used to go hear Larry Goldings play at [NYC club] Smoke in his trio with Peter Bernstein and Bill Stewart,” he recalls. “I wasn’t even into the organ until I heard that group, but it was pretty inspiring stuff. I just got an ear for it and switched over.”

With no organ teachers at William Paterson, Gold is essentially self-taught, a trait that also applies to his mechanical skills. “I taught myself how to program C language and write all the MIDI software and build circuit boards,” he says. “I built a vacuum-forming machine to make the cases. So I learned everything as I went, and I love the process. It’s cool that I’m selling them, but I just love making the shit.”

Gold has played with a number of jazz luminaries, including John Abercrombie, Oliver Lake, Don Braden, Ralph Peterson and Dave Stryker. He has six CDs under his name on Posi-Tone, the latest being the 2013 trio record Intuition. When the subject of that album comes up, Gold shrugs. “For me, it’s on to the next,” he says, mentioning that he’s already recorded his follow-up project, a three-horn sextet date slated for release next year.

Most of the components for the JG3 are built by Gold at home. He orders the keybeds from Fatar, the Italian company that also supplies keys for Hammond, Nord and Korg. He designs the circuit boards on his computer and sends away to have them fabricated. The two-manual organ features waterfall keys, 10 mappable drawbars, five mappable rocker switch tabs and an LCD screen for easy programming. Many presets are possible, though Gold has programmed in controls for some of the most common modules, including the Hammond XM-2, GSi VB3 and KeyB.

Gold runs his own JG3 through a XM-2 module and a Motion Sound amp. He uses a set of Nord screw-on legs in place of a stand as well as a stool and a set of bass pedals that he also designed and built himself, but which aren’t available for sale-yet.

Attaining the sound of a classic B-3 is up to the software that the keyboard runs through, but Gold aimed to recreate the feel of that iconic ax as much as possible, basing his design on close study of an actual Hammond organ. His newly unveiled second design moves the control panel from below the manuals to above in order to more closely emulate the Hammond. “When you sit down, it feels like a normal organ, which is important,” Gold says. “I can’t play at a little one-manual keyboard. That’s not an organ to me. I always have to have the bass pedals, and eventually I’ll release those too. I figured out real fast that everything is in a place for a pretty good reason.”

Gold continues to tinker, though the guiding concept is simplicity. “I’ve had cats ask me to build a version with velocity-sensitive keys or [with keys that are] semi-weighted on the bottom,” Gold says, “and I was like, ‘It’s an organ, bro. An organ is simple.’ I got tired of all that complex stuff. Most working musicians don’t really need half the stuff they put on those things.”

The JG3 sells for $1,200 on Gold’s website, www.foldingorgan.com, where a Gator carrying case is also available for an additional $50. The organ, constructed out of durable ABS plastic, folds down to 18 inches x 13 inches x 9 1/2 inches and weighs about 30 pounds. “Everything is built to go on the road,” Gold says. “It’s all I’ve used for the past five years and I’m out there doing it. So if that’s not an example to cats, I don’t know what is.”

Visit a pro audio retailer and almost every studio monitor speaker you see will have amplification built in. But visit a high-end audio store and … END_OF_DOCUMENT_TOKEN_TO_BE_REPLACED

Unless you’re a certified guitar nerd, the name Ted McCarty (1909-2001) probably means nothing to you. But no matter who you are, there’s little doubt … END_OF_DOCUMENT_TOKEN_TO_BE_REPLACED

In audio as in jazz, some of the most interesting trends happen far outside the mainstream. Hop onto internet forums dedicated to headphones, and you’ll … END_OF_DOCUMENT_TOKEN_TO_BE_REPLACED

On April 18, 1972, the Roland Corporation was founded in Osaka, Japan. Its mission: to produce electronic instruments and accessories for musicians. Two years later, … END_OF_DOCUMENT_TOKEN_TO_BE_REPLACED