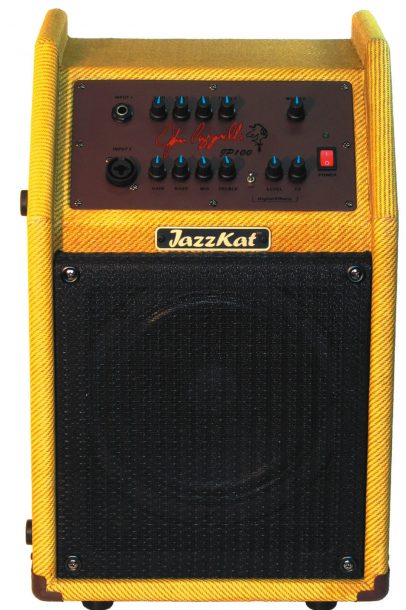 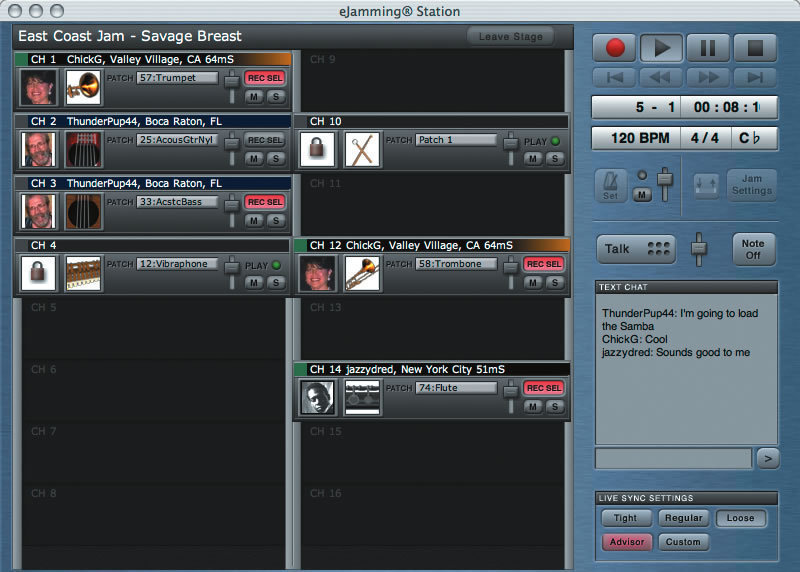 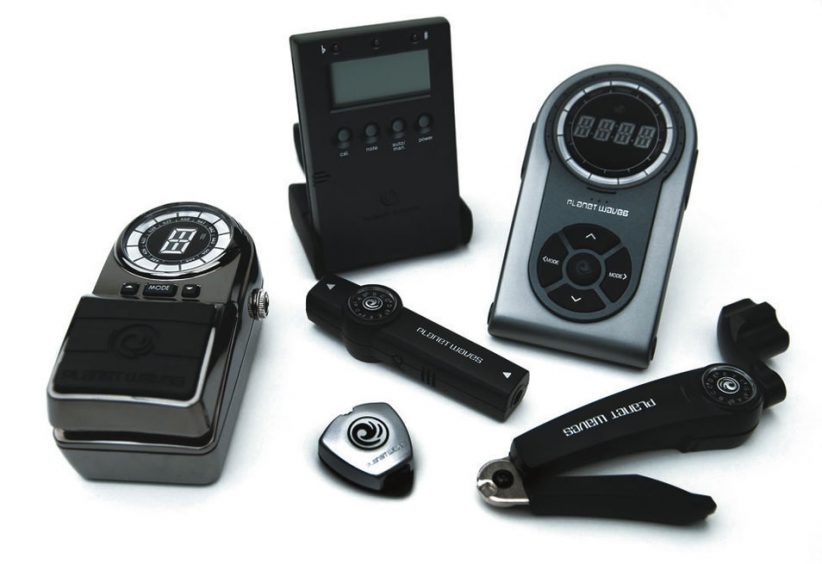 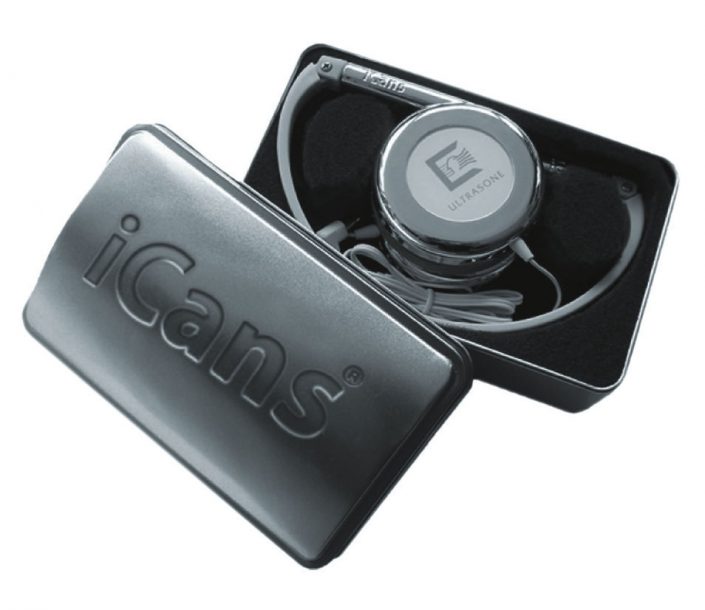 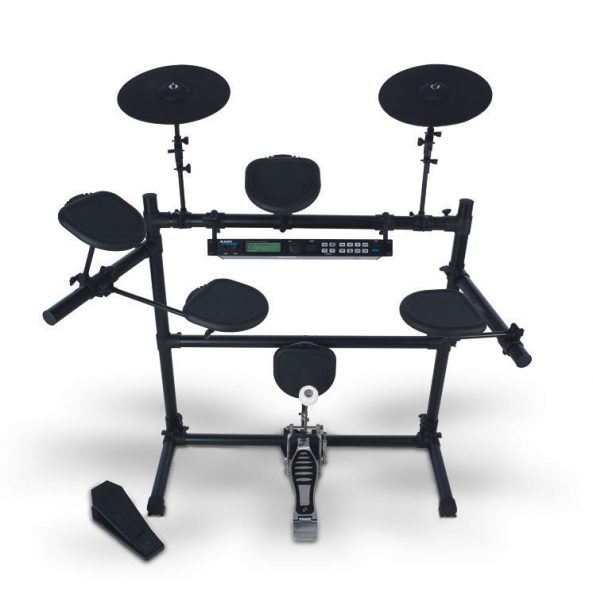 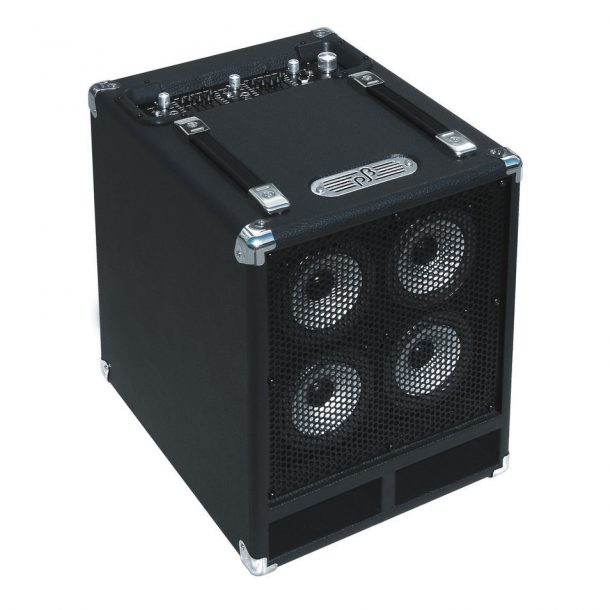 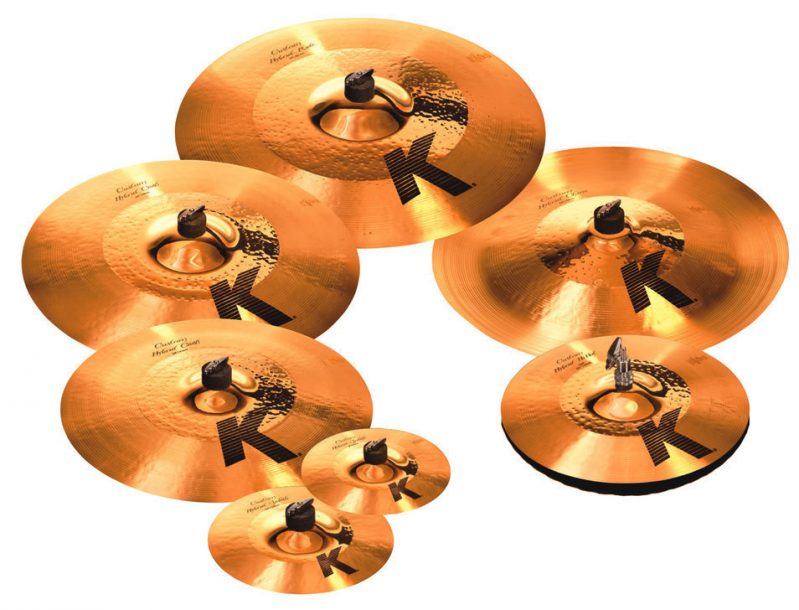 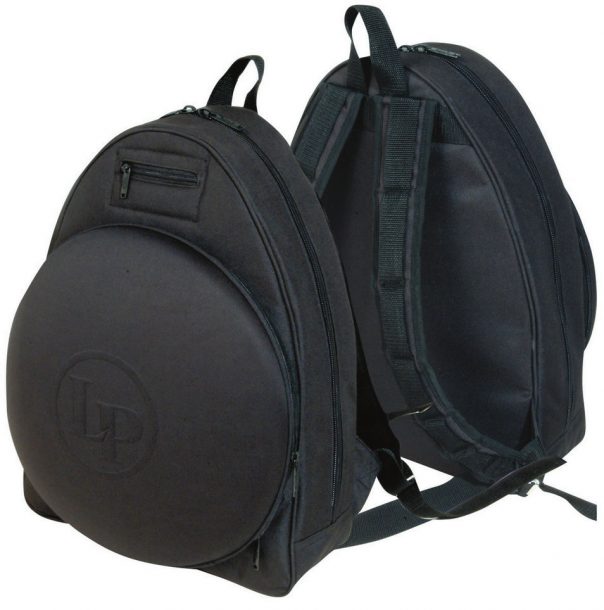 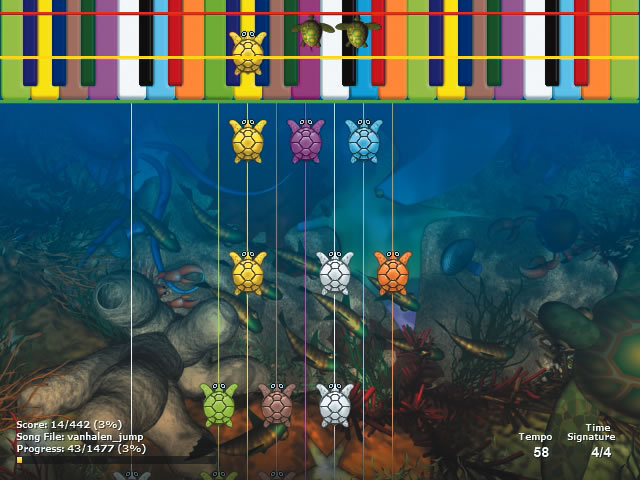 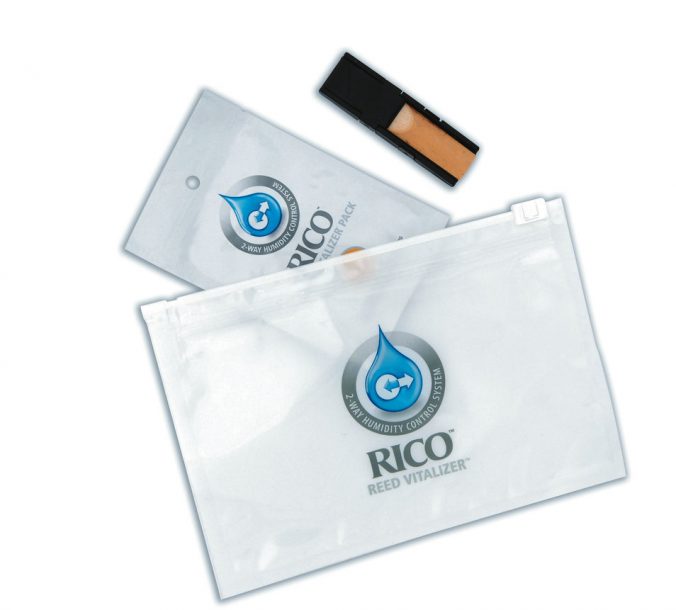 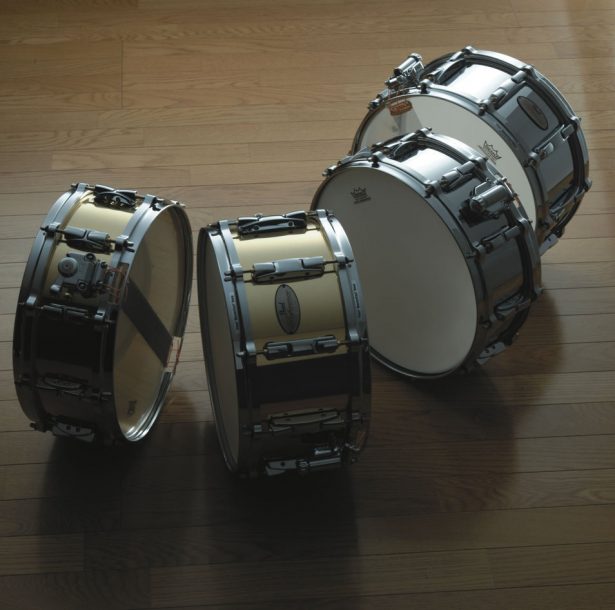 Believe it or not, but Art Tatum played numerous live performances of “Tiger Rag” in Anaheim, Calif., this past January. He played it twice for me, in fact, and both times it was like watching the man race toward that cheeky last bit of staccato punctuation at the rag’s end. Amazing.

Naturally, it’s impossible for me to have witnessed the real thing–Tatum’s been gone since the Eisenhower administration. Perhaps what I witnessed was the next best thing to watching the living Tatum play.

It went down at the 104th NAMM Show, the musical instrument industry show where anyone and everyone with a new instrument, accessory or innovation congregates to show off their stuff. The Zenph Studios booth–actually a corner of the monstrous Yamaha exhibit–was one of the Winter 2006 show’s treats, a company with something truly exciting to behold. Using its newly developed software, the North Carolina-based Zenph can take any solo piano recording–say, Tatum’s 1940 Decca recording of “Tiger Rag”–straight from a CD and translate the sound into a high-resolution MIDI file (a 10-bit rather than an 8-bit file). The file contains not just information about which notes are played when and for how long, but also microscopically minute details regarding note velocity, piano-pedal depression and key release. When coupled with Yamaha’s Disklavier player-piano system, as it was at the show, Zenph’s high-resolution MIDI sequence produces what the company claims to be a dead-on re-creation of the performance as heard from the piano on which it was originally played–down to the subtlest touch. Never having witnessed the real Tatum in action, I had to rely on the Zenph folks’ assertion that what the Disklavier-equipped piano played was a spot-on reproduction of Tatum’s “Tiger Rag.” But I was also told that, when played a Zenph re-creation of a Glenn Gould performance, former students of the late classical-piano genius claimed, “Yes, this is how my teacher played the piano.” Taking that endorsement into consideration, imagine the possibilities the Zenph technology introduces: Because a hi-res MIDI file can be created even from recordings of questionable fidelity (“As long as you can hear the notes,” a company rep told me), scratchy, old Fats Waller and Jelly Roll sides could be recast with top-notch pianos and a nice set of mikes. Technophobes might bristle at the thought of it all, but the scholarly and educational possibilities are too rich to write off Zenph’s innovations as novelty or a blasphemous strike against the past’s musical giants. Which isn’t to say that NAMM isn’t without its novelty.

Take for example the bass drum that DDrums pimped out with a spinning rim to mimic the ones you see on the tires of a souped-up Civic. All passing eyes lingered for a sec, hypnotized by what boils down to a pretty darn good NAMM gimmick, but the nondescript Drum Tech booth sitting kitty corner deserved some attention, too. Though this wasn’t the first time Drum Tech had showcased its Drum Tuning System (DTS), it begs to be mentioned, as it’s just now going on the market, and it solves a problem that’s held drummers back forever. In a nutshell, tuning drums is a royal pain, and DTS, an assemblage of brackets and tension cables, renders the chore painless. By ringing a tension cable around a drum head outfitted with the DTS brackets, Drum Tech has found a way to keep even tension on all of a drum’s tuning rods. And by incorporating a tuning apparatus adjustable at the turn of an Allen wrench, the DTS allows a drum to be tuned in one step, as opposed to the laborious work of tightening each rod individually. Furthermore it decreases the amount of work needed to adjust the top and bottom drum heads into complementary tension. Deceptively simple, it was easily the best innovation I saw at the show that wasn’t computer-based.

Of course, there’s tons of high-tech action at the show, ranging from the latest in recording software to pitch-correction plug-ins (check out the wonderful interface on Celemony’s Melodyne) to the cutting edge in jam-session aids: eJamming, a software platform that allows, say, a New York musician to noodle with someone on the opposite coast. It’s made possible, naturally, via the Internet, and while there have been previous programs on the market similar to eJamming, this one appears to get it right. Eight musicians can play together at the same time by hooking up MIDI-enabled instruments to their computers and logging on to the Net by way of eJamming’s subscription-based software. eJamming also enables players to find new and likeminded people to jam with through a communitylike interface.

The lower hall of the Anaheim Convention Center, “Hall E,” where a lot of small startup companies hold court, always has some special products awaiting discovery. This year I was happy to discover the JazzKat guitar amp, but probably not as happy as John Pizzarelli was to have discovered it months ago. Pizzarelli has since put his endorsement on his own signature JazzKat, the JP100, which appears to be the same as the original JazzKat amp save for its tweed covering (the original comes in black Tolex): a 16 x 10 x 17-inch box with an 8-inch speaker that weighs all of 23 pounds but, despite its diminutive size and weight, puts out a huge amount of sound (company reps boasted that it’ll beat a Fender Twin’s volume). Regardless, any amp that fits in an airplane’s overhead compartment and delivers such clear tone shouldn’t be overlooked. We’ll have a full review of the amp in the near future.

Those are just a select few highlights from the show. Enjoy checking out more of the new stuff debuted at Winter NAMM on the next two pages.

Planet Waves rolled out a line of five tuners designed for all types and budgets. The S.O.S. (Strobe-on-String) Tuner uses LED lights projected onto the string to tune–no input necessary. The svelte, input/output-equipped in-line Pocket Tuner has the same sweep/strobe rotary display as the multifunctional Pro-Winder Tuner, which itself combines a chromatic tuner with string winder, string cutter, string stretcher and bridge-pin puller. The Full-Function Tuner and Metronome features a deluxe sweep/strobe rotary tuner and a metronome that allows beat subdivision and odd time signatures. Finally, the die-cast Pedal Tuner is a pro-level stompbox with a true hard bypass.

These days, if you’ve got the right apps, you can recreate the sound of just about any instrument on earth. In the early 1970s, when … END_OF_DOCUMENT_TOKEN_TO_BE_REPLACED

Old hardware of any sort often carries a certain cachet. But vintage audio gear, produced from the 1950s through the 1980s, has become an obsession … END_OF_DOCUMENT_TOKEN_TO_BE_REPLACED

As veteran JazzTimes followers know, every year around now we present a report on the annual National Association of Music Merchants (NAMM) show in Anaheim, … END_OF_DOCUMENT_TOKEN_TO_BE_REPLACED

Every jazz fan knows that intimate clubs like the Village Vanguard sound different from large venues like Carnegie Hall. Clearly, the space we listen in … END_OF_DOCUMENT_TOKEN_TO_BE_REPLACED