Skip to content
Become a member and get exclusive access to articles, live sessions and more!
Start Your Free Trial
Home > Reviews > Hodgepodge: Running Down the Voodoo on Three Cool Projects 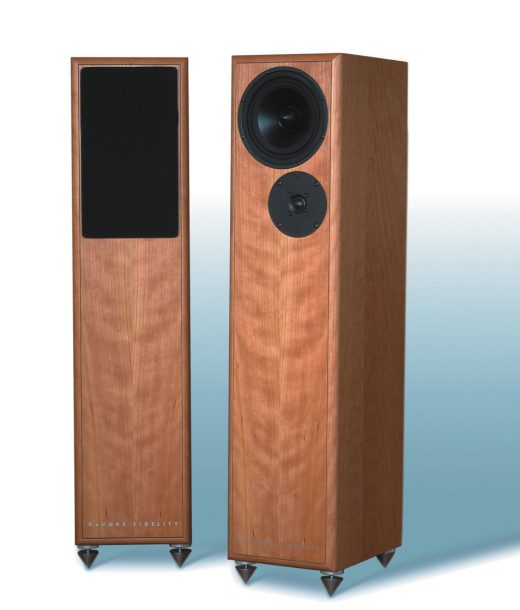 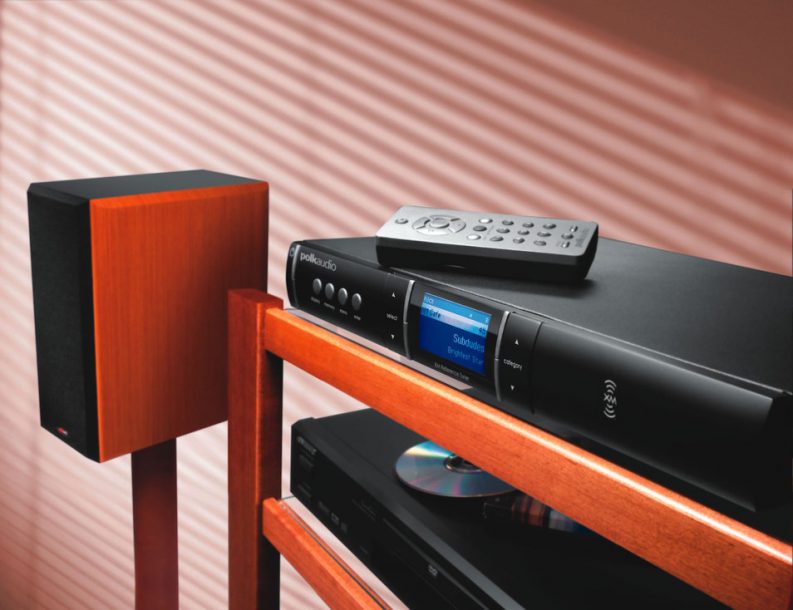 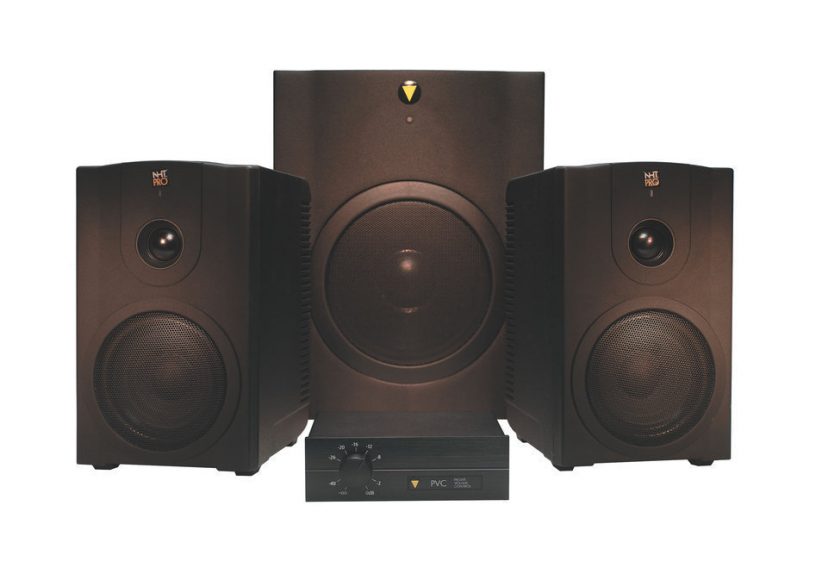 John DeVore (devorefidelity.com) first appeared on my radar three years back at the annual Consumer Electronics Show, where he was demonstrating his Gibbon 8 loudspeaker. The following year saw the birth of his current giant, or giant killer, the absolutely stunning Silverback Reference speaker–$14,000 and sonically worth every penny, and then some. DeVore continued to monkey around with the Gibbon 8, incorporating many of the evolved design ideas from the Silverback, but packaged in the same modest-sized package of the original Gibbon. The resulting Gibbon Super 8 ($4,000) is the subject of our current discourse–it’s one swinging little speaker, to say the least.

DeVore, who grew up in a musical household, is a drummer, and he has, as perhaps only a drummer could, perfectly nailed the live, you-are-there sound of cymbals–a very challenging task, as any audio designer will tell you.

The Super 8 is the result of DeVore’s personal goal to have most of the qualities of the Silverback in a smaller box that would work in most average homes. “It is the speaker I had to have in my living room,” he says, since the Silverbacks are too large for his New York City digs. The Gibbon Super 8 consists of the midrange driver and tweeter from the big gorillas and the proven crossover circuitry from the original Gibbon, all “Super” tweaked to get the maximum sound from relatively small component parts.

Do the Super 8s successfully ape DeVore’s Kong? Pretty much. With the exception of the deep, deep low bass, the Super 8s create the same crystal clear magic of the Silverbacks, the same spot-on imaging and soundstage, the same ability to convey pure musicality.

And that is the hook that got my attention. Very few speakers are capable of transmitting the absolute essence of music, of re-creating that indefinable rightness of a live performance–micro-details and some sense of correct rhythm and timing.

One of my favorite-ever jazz recordings is Anthony Braxton’s In the Tradition in which he grunts out Charles Mingus and Charlie Parker tunes on his contrabass clarinet. My old LP version has some ticks and pops, but with the Gibbons the album transcends the boundary of live vs. Memorex astonishingly well, due in large part to the absolute accuracy and fidelity of the modest-looking DeVore boxes. If you’ve never heard “Ornithology” played on the contrabass clarinet, well, you ain’t heard nothing. The register of the instrument is extremely low (down to the lowest B-flat on the piano), but the DeVores keep up, cleanly sculpting each and every reedy note; other, lesser speakers sometimes bunch the notes into hard-to-delineate clusters. Tete Montoliu’s piano is fully formed, percussive and harmonically right, with a real physical shape to it.

I’ve been on a Beatles kick of late, buying lots of discs Yoko Ono would frown upon, and I can’t tell you where I acquired them, but let’s just say the array is spectacular, a universal treasure that should be open to all. On a mono mix of Sgt. Pepper’s, the true, original intention of the artists is presented. “Good Morning, Good Morning” shows a startling musical maturity in kids only about 25 years old, and the Super 8s convey the still-raw excitement of this track: the hollowness of the Hofner bass, the edginess of Lennon’s voice, the crow of the rooster! Lennon is showcased again on “Mr. Kite” in which a delightfully clean window is opened by the Super 8s onto an early attempt at flanging his voice. I’ve never heard this disc in quite this way, and I’ve heard it thousands of times. The DeVores produce a level of detail that conveys the spectacular Technicolor end-result the Fab Four were attempting in these early days of four-track recording. The DeVores sort it all out, and lay it forth in a deliciously new, reinvigorated fashion.

For this review, I’ve tried to audition recordings that are often problematic for other speaker designs, recordings featuring harmonically complex instruments, or texturally complex instrumentation to demonstrate the DeVore’s ability to translate these things properly as convincing musical performances. Let it be known that the damn things passed every test.

Another difficult side is John Handy’s masterpiece “Spanish Lady” from the Recorded Live at the Monterey Jazz Festival LP from 1965. The classic quintet features a very thick sound with drums, bass, guitar, electric violin and Handy’s alto–again, a recording that can easily confuse lesser systems. Jerry Hahn’s rich comping on guitar, Michael White’s powerful fiddling and drummer Terry Clarke’s whirlwind kit playing whip up a maelstrom of extremely hot mid-’60s “avant-garde.” No, the DeVores do not tame the music–time has done that–but they do decode the tightly woven blanket of sound in a way that makes each player stand out from the mix. The Gibbons make this disc one more golden oldie to enjoy with a newfound clarity.

Regarding the bass output: not to worry, at first the speakers might seem a bit lean, but with proper placement, the things can really get down, but not down and dirty, down and clean.

Further more, it’s worth noting that all my listening was done with a pair of 12-and-a-half watt tube amps–not even 13 watts per side! Yet the Super 8s are able to create more than enough volume to hurt even my long-scared drummer’s eardrums. John DeVore is a tube guy, as am I, and he has taken special care to ensure his speakers are extremely tube-friendly. I even ran my little three-watt Fi X amp through these dandy speakers to more than pleasurable levels and, again, very few “normal” speakers can do that.

The Super 8s may not be king of the jungle–I’ll still award the Silverbacks that title–but for more modest environs, these smaller DeVore Gibbons perform princely feats at near-pauper prices.

Some years ago in these pages, I wrote about the then-nascent phenomenon called satellite radio. But, to tell the truth, I was not terribly enthusiastic about the concept. Cable and satellite television, to my stilted eyes, still offer little choice and lots of repeats. Spoiled by some great public radio in my town, and the predictably crappy commercial stations, I couldn’t see the need for more choices offering plenty of nothing.

But in the intervening five years, satellite radio has begun to come of age. Is it everything one could wish for? No, it sure ain’t–where are the really cool Brazilian or German or real African programs? But even though the concept is still in its relative infancy, I’ve had a ball auditioning the outstanding Polk Audio XRt12 XM Reference Tuner (polkaudio.com; $329) and, during this demo period, have heard dozens of new tunes that will ultimately send me in some new directions for my personal music collection.

Polk, of course, is famous for their extensive line of loudspeakers, some of which have received tremendous reviews over the years. That same attention to better excellence shows up in this product. The Polk Reference tuner appears to be the only high-performance audio device designed to operate in this new arena. In addition to much more sophisticated circuitry than the typical plug-and-play devices, it incorporates a high-end digital-to-analog converter (DAC) chip that puts the sound in the same league as quality CD and DVD players. This greatly enhances the otherwise somewhat mediocre sound quality of the highly compressed digital satellite signal. A better DAC can work wonders with these signals as evidenced by the very good sound of the Polk tuner. Is it as good as CD or LP? Nope, and at this point satellite can’t be. But it is more than listenable and can provide endless, really endless, hours of intriguing programming, from music, news and talk to comedy and sports.

It’s a snap to set this thing up–just plug it into your receiver or preamplifier, place the satellite antenna in an appropriate location, activate the XM Satellite Radio service (it runs about $12.95 a month) and let ‘er rip.

This tuner has some very cool features including digital outputs–the only tuner to sport this–and a nifty memory button on the remote that lets you record the names and titles of up to 10 songs you’d like to remember for future reference in case your pen runs out of ink at the same moment you hear an amazing new alto sax player. This is a great feature for discovering new artists and CDs. An antenna aiming function offers a signal strength meter to facilitate proper placement of the antenna, and a serial port allows connection to whole-house audio systems like those by Crestron and Aegis.

In the 1980s, as synthesizers and drum machines threatened to take over popular music, electric guitar manufacturers tried to come up with instruments that were … END_OF_DOCUMENT_TOKEN_TO_BE_REPLACED

Vinyl enthusiasts love to brag that last year, the dollar volume of record sales surpassed that of CDs for the first time since the 1980s. … END_OF_DOCUMENT_TOKEN_TO_BE_REPLACED

These days, if you’ve got the right apps, you can recreate the sound of just about any instrument on earth. In the early 1970s, when … END_OF_DOCUMENT_TOKEN_TO_BE_REPLACED

It was the peak of the Roaring Twenties, and a great time to sell saxophones. More than a million of the instruments were already in … END_OF_DOCUMENT_TOKEN_TO_BE_REPLACED