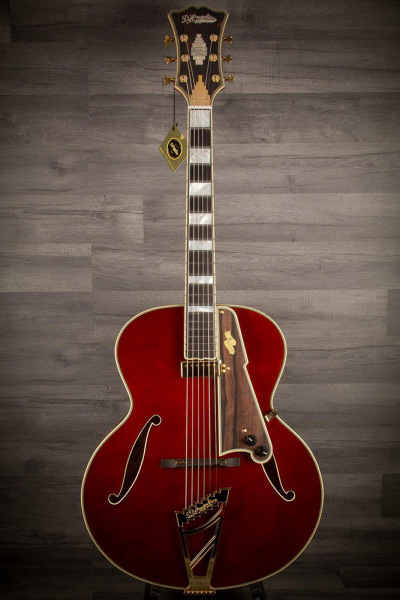 D’Angelico calls its Excel Style B Throwback guitar a “time machine to the Jazz Age.” Featuring a non-cutaway archtop body, Seymour Duncan Johnny Smith neck pickup, shallow upper bout, slim-C neck profile, and 25-inch scale ebony fingerboard, the Style B is designed to be player-friendly while producing robust tone both plugged and unplugged. Adding to its bandstand bona fides are “Throwback Collection” appointments, including an ebony pickguard, block inlays, and the famous art deco scroll-style headstock designed by John D’Angelico himself in the 1930s.

As veteran JazzTimes followers know, every year around now we present a report on the annual National Association of Music Merchants (NAMM) show in Anaheim, … END_OF_DOCUMENT_TOKEN_TO_BE_REPLACED

Every jazz fan knows that intimate clubs like the Village Vanguard sound different from large venues like Carnegie Hall. Clearly, the space we listen in … END_OF_DOCUMENT_TOKEN_TO_BE_REPLACED

The Roland corporation of Japan only manufactured its TR-808 Rhythm Composer drum machine for three years, from 1980 to 1983, but that short time was … END_OF_DOCUMENT_TOKEN_TO_BE_REPLACED

I got a shock when I visited a T-Mobile store last May after losing my smartphone. I asked for the latest Samsung Galaxy S-series model—but … END_OF_DOCUMENT_TOKEN_TO_BE_REPLACED