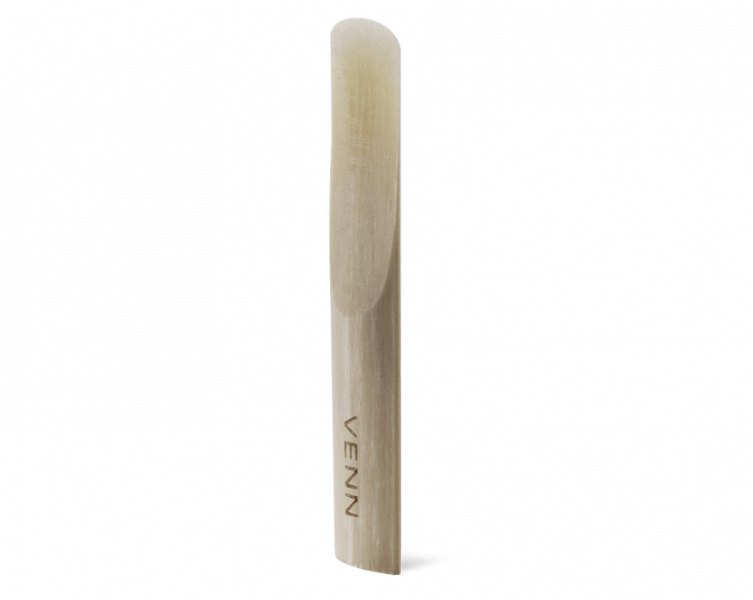 Calling it a “new species,” D’Addario Woodwinds says its new VENN reed, available in a range of strengths for B-flat clarinet and alto and tenor saxophone, combines “the stability and longevity of a synthetic reed with the sound and feel of natural cane.” Built by layering polymer fibers of different strengths with resin and organic elements, the VENN doesn’t just last longer than natural cane; it also is more consistent from reed to reed, stands up to changing conditions, is less prone to damage, and requires less prep and maintenance.

These days, if you’ve got the right apps, you can recreate the sound of just about any instrument on earth. In the early 1970s, when … END_OF_DOCUMENT_TOKEN_TO_BE_REPLACED

It was the peak of the Roaring Twenties, and a great time to sell saxophones. More than a million of the instruments were already in … END_OF_DOCUMENT_TOKEN_TO_BE_REPLACED

Back in the 1960s, tone controls were considered a must-have feature for audio gear. But in 1974, their reputation sank when famed audio entrepreneur Mark … END_OF_DOCUMENT_TOKEN_TO_BE_REPLACED

Old hardware of any sort often carries a certain cachet. But vintage audio gear, produced from the 1950s through the 1980s, has become an obsession … END_OF_DOCUMENT_TOKEN_TO_BE_REPLACED