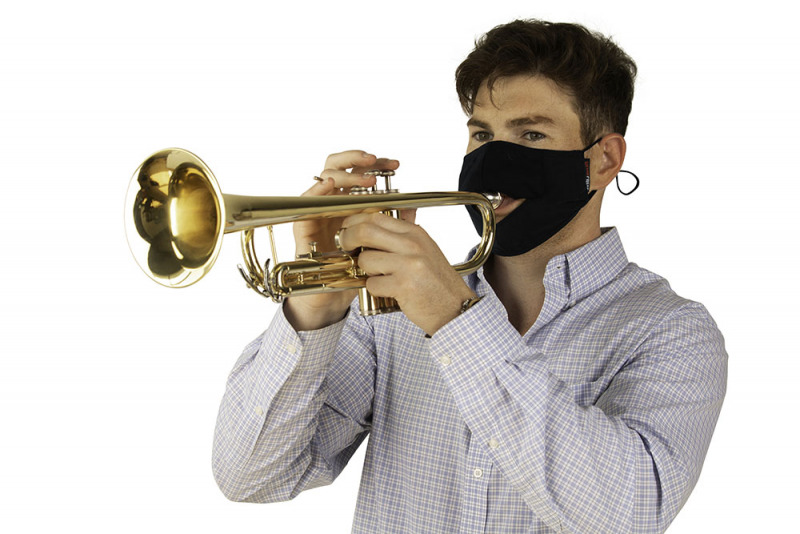 It’s something all wind-instrument players have to face right now: keeping bandmates and others protected from the spread of aerosols. Bell covers help a lot but don’t do it all. That’s why Gator Cases has come out with a line of double-layered face masks for wind instrumentalists. Designed in accordance with National Federation of State High Schools recommendations, the masks have cotton front flaps for easy playing while staying safe; magnetic connections keep the flaps open or closed. Available in youth and adult sizes, from extra small to large, they have adjustable straps and are reusable and hand-washable.

As veteran JazzTimes followers know, every year around now we present a report on the annual National Association of Music Merchants (NAMM) show in Anaheim, … END_OF_DOCUMENT_TOKEN_TO_BE_REPLACED

Every jazz fan knows that intimate clubs like the Village Vanguard sound different from large venues like Carnegie Hall. Clearly, the space we listen in … END_OF_DOCUMENT_TOKEN_TO_BE_REPLACED

The Roland corporation of Japan only manufactured its TR-808 Rhythm Composer drum machine for three years, from 1980 to 1983, but that short time was … END_OF_DOCUMENT_TOKEN_TO_BE_REPLACED

I got a shock when I visited a T-Mobile store last May after losing my smartphone. I asked for the latest Samsung Galaxy S-series model—but … END_OF_DOCUMENT_TOKEN_TO_BE_REPLACED