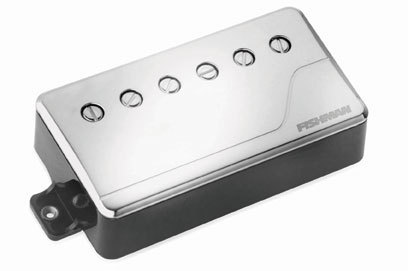 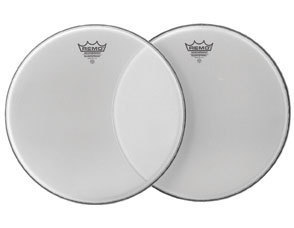 Fishman’s Fluence pickups were big news at the Winter NAMM show in Anaheim, Calif., in January, for good reason: Through a process of “printing” rather than winding coils, the Fluence designs solve many of the dilemmas associated with electric guitar pickups while maintaining the integrity of classic and contemporary tones. What does that mean exactly? These single-coil and humbucking pickups can be manufactured with newfound consistency, and they eliminate the hum and whir inherent in wound pickups. Then there’s the “multi-voice” angle, in which each pickup can be set to toggle between two useful tones: say, a ’54 Strat bell tone and a grittier, hotter Texas snarl; or the beefy sound you’d expect from a neck humbucker plus a clarion, Tele-like spank with added weight. (And we didn’t notice any annoying shifts in volume at the NAMM demo.) These are active pickups, but the power options are relatively painless-either a 9V or the optional lithium-ion battery. Before dropping 10 grand on a vintage ax, swap in some Fluences. Fishman

Here’s something simple but ingenious that should become a staple accessory for drummers. Sabian’s Stick Flip begins as a durable stick bag and, by unzipping and bending its front, transforms into a sturdy stick holder. Broken stick? Mid-tune brushes or mallets section? No problem. Sabian

What’s that? Your Brooklyn apartment doesn’t have a soundproofed rehearsal studio where you can practice your polyrhythms until 3 a.m.? Remo’s got you covered. The company’s Silentstroke drumheads, available in sizes ranging from 6 inches to 24, feature a single-ply mesh material that allows for realistic playability without neighbor-waking volume. If electronic kits aren’t cutting it, check out the Silentstroke line. Remo

Visit a pro audio retailer and almost every studio monitor speaker you see will have amplification built in. But visit a high-end audio store and … END_OF_DOCUMENT_TOKEN_TO_BE_REPLACED

Unless you’re a certified guitar nerd, the name Ted McCarty (1909-2001) probably means nothing to you. But no matter who you are, there’s little doubt … END_OF_DOCUMENT_TOKEN_TO_BE_REPLACED

In audio as in jazz, some of the most interesting trends happen far outside the mainstream. Hop onto internet forums dedicated to headphones, and you’ll … END_OF_DOCUMENT_TOKEN_TO_BE_REPLACED

On April 18, 1972, the Roland Corporation was founded in Osaka, Japan. Its mission: to produce electronic instruments and accessories for musicians. Two years later, … END_OF_DOCUMENT_TOKEN_TO_BE_REPLACED