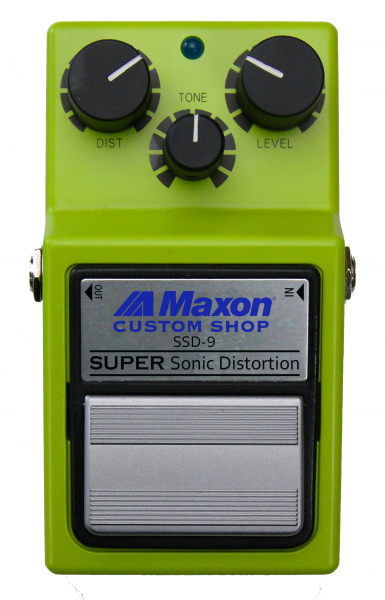 In the effects pedal pantheon, the Maxon SD-9 Sonic Distortion stands near the peak, but that hasn’t stopped numerous gearheads from tinkering with it over the years (much as they have with Maxon’s even more revered OD-808 Tube Screamer). Acting on the suggestions of several guitarists, including fusion great Scott Henderson, the Maxon Custom Shop has come up with the SSD-9 Super Sonic Distortion, which features several modifications, including an increased output level and a shift toward the low end in the tone control’s center frequency. Street $199 | maxonfx.com

In the 21st century, intellectual property (IP) has become a hot-button issue for musicians and composers, specifically as it pertains to the distribution of music … END_OF_DOCUMENT_TOKEN_TO_BE_REPLACED

It’s impossible to shop for audio products without confronting specifications—numbers included in web pages, brochures, and ads to lend scientific cred to marketing claims. In … END_OF_DOCUMENT_TOKEN_TO_BE_REPLACED

In the 1980s, as synthesizers and drum machines threatened to take over popular music, electric guitar manufacturers tried to come up with instruments that were … END_OF_DOCUMENT_TOKEN_TO_BE_REPLACED