Play Us a Solid 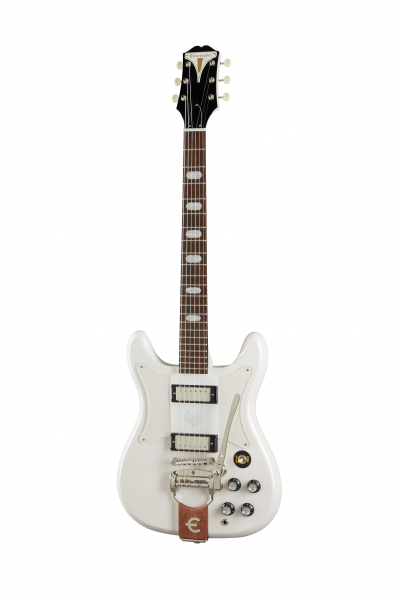 Epiphone’s first solid-body electric guitar was the Crestwood Custom (originally just the Crestwood), from 1958. The company’s now revisiting its past with a new, spruced-up take on that same model. Its double-cutaway mahogany body is certainly reminiscent of the original, as are the two mini-humbucker pickups. But the oval fretboard inlays and the Tune-O-Matic bridge with Tremtone vibrato tailpiece, though they seem to add vintage cool, are actually decided improvements over the initial ’50s design. MSRP $549 | epiphone.com

Visit a pro audio retailer and almost every studio monitor speaker you see will have amplification built in. But visit a high-end audio store and … END_OF_DOCUMENT_TOKEN_TO_BE_REPLACED

Unless you’re a certified guitar nerd, the name Ted McCarty (1909-2001) probably means nothing to you. But no matter who you are, there’s little doubt … END_OF_DOCUMENT_TOKEN_TO_BE_REPLACED

In audio as in jazz, some of the most interesting trends happen far outside the mainstream. Hop onto internet forums dedicated to headphones, and you’ll … END_OF_DOCUMENT_TOKEN_TO_BE_REPLACED

On April 18, 1972, the Roland Corporation was founded in Osaka, Japan. Its mission: to produce electronic instruments and accessories for musicians. Two years later, … END_OF_DOCUMENT_TOKEN_TO_BE_REPLACED