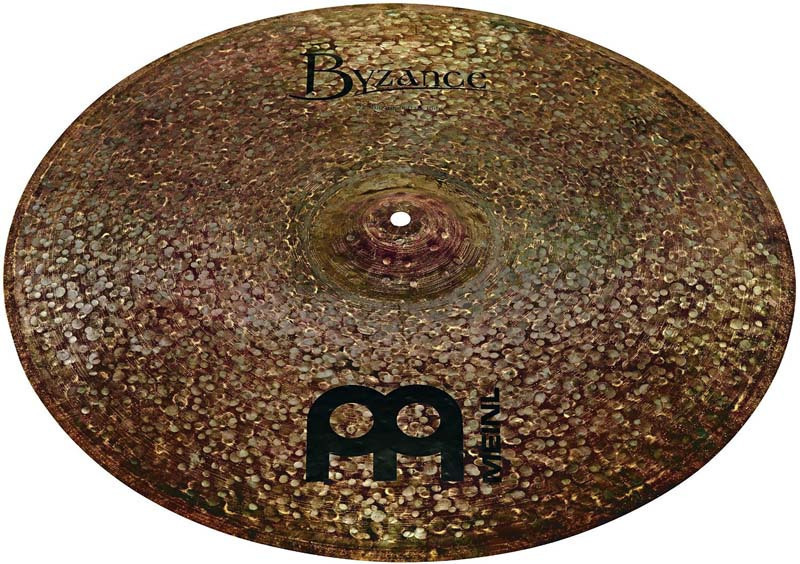 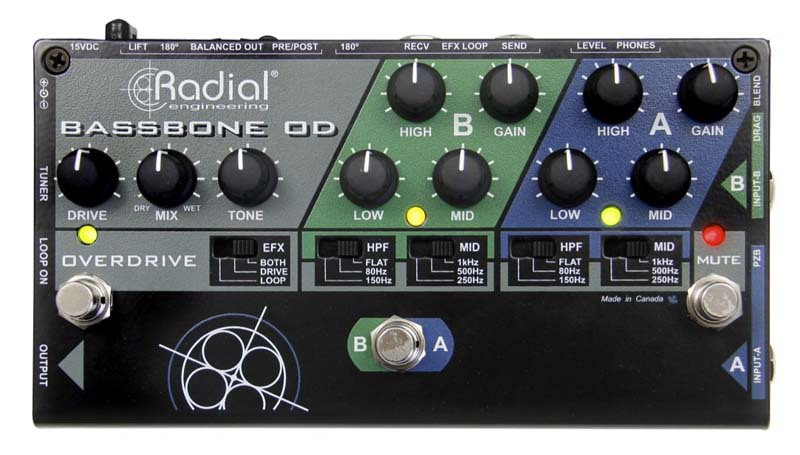 New York-based trumpeter, composer and bandleader John Fedchock is enjoying something of a banner year in 2015: In March he released Fluidity, a stellar live quartet record, and more recently his big band returned with Like It Is, which is reviewed (very positively) in this issue. This year has also seen the release of XO’s Fedchock-designed lead trombone, a pro-level instrument that prides itself on its light weight, tonal and stylistic versatility, top-notch craftsmanship and special features like a handcrafted 7.5-inch custom-annealed bell, a custom mouthpiece and unique bracing. Rose brass bell, MSRP: $2,625; yellow brass bell, MSRP: $2,795. xobrass.com

Radial’s Bassbone OD Preamp offers a bunch of must-have live and studio functions in a single pedal. It’s a direct box; it’s a bass overdrive stompbox with drive, mix and tone controls; and it’s a sort of bass mixing board with two switchable inputs, each with designated low, mid, high and gain knobs. In addition, Channel-A features a button that, when activated, boosts the signal by 10 megohms-excellent for the sort of piezo pickups used to amplify a double bass. And Channel-B boasts Drag Control, a type of “load correction” that helps lower-output vintage axes get the most out of whatever amp or interface they’re being fed into. The two channels can be blended in the case of a dual pickup system, and silent tuning is possible via a tuner output and mute footswitch. Silent practice is also a breeze using the Bassbone’s built-in headphone preamp. $349.99. tonebone.com

There’s “affordable,” and then there’s the new signature line of electric basses Marcus Miller has released through the Sire brand. The J-bass-inspired V7 is selling at $399, with a five-string option available for an additional $100. The more rockish M3, equipped with two humbuckers, is available only as a four-string and ships for just $299. Miller fans and most jazz and funk players will opt for the V7, and its rundown of features is impressive, especially given the price: The model has a body crafted from swamp ash (pictured, à la Miller’s original Fender) or North American alder; a signature bridge with old-school J-bass design elements plus a heavy-mass saddle; and an inventive electronics setup with three-band EQ, a pickup-blending pot, middle boost/cut control and active/passive toggle. sire-guitars.com

Visit a pro audio retailer and almost every studio monitor speaker you see will have amplification built in. But visit a high-end audio store and … END_OF_DOCUMENT_TOKEN_TO_BE_REPLACED

Unless you’re a certified guitar nerd, the name Ted McCarty (1909-2001) probably means nothing to you. But no matter who you are, there’s little doubt … END_OF_DOCUMENT_TOKEN_TO_BE_REPLACED

In audio as in jazz, some of the most interesting trends happen far outside the mainstream. Hop onto internet forums dedicated to headphones, and you’ll … END_OF_DOCUMENT_TOKEN_TO_BE_REPLACED

On April 18, 1972, the Roland Corporation was founded in Osaka, Japan. Its mission: to produce electronic instruments and accessories for musicians. Two years later, … END_OF_DOCUMENT_TOKEN_TO_BE_REPLACED