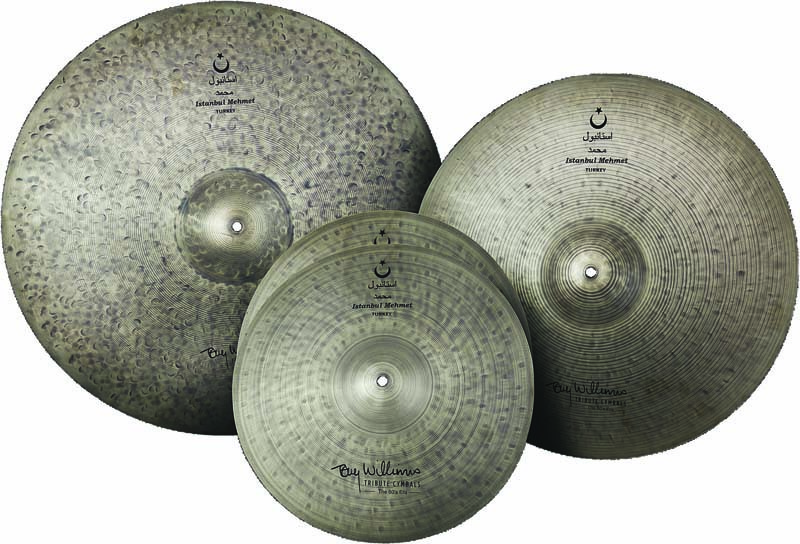 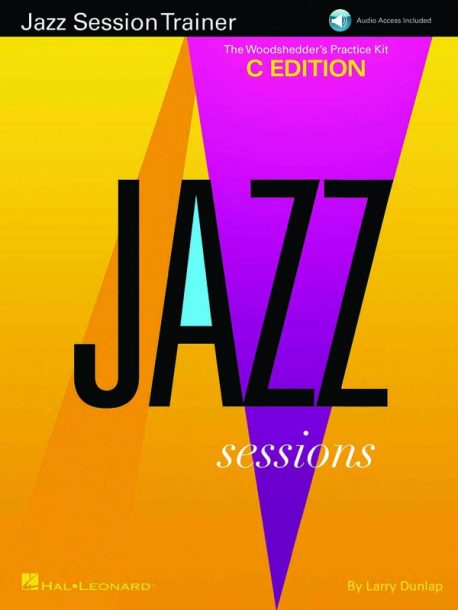 Simply put, Larry Dunlap’s Jazz Session Trainer (Hal Leonard), a 127-page book with audio-download code, is an essential text for aspiring improvisers: It deserves a spot on the music stand next to the Real Book, the Bird Omnibook and your method books of choice. In authoritative yet inviting prose, he advises on jam-session etiquette, provides a compendium of etudes and licks for study, discusses common intros and endings you’ll hear at sessions, and offers tips on constructing an efficient practice regimen. Finally, clean chord charts (no melodies) and rhythm-section play-along tracks are included for 50 must-know tunes. Spend some time with the Trainer before you write your name down on the sign-up sheet. ($24.99) halleonard.com

One of the best special events related to a gear company we’ve attended in recent years took place in Baltimore in June, when Paul Reed Smith Guitars celebrated its 30th anniversary by inviting John McLaughlin to sit in with Col. Bruce Hampton and the Aquarium Rescue Unit, the Zappa-indebted roots band featuring another guitar virtuoso, Jimmy Herring. (Perhaps even more noteworthy for jazz nerds was a reunion of McLaughlin and drummer Dennis Chambers, who played in Smith’s own band.)

At the start of its fourth decade, the Maryland-based company has released a couple of axes jazz- and fusion-inclined players should keep an eye out for. The P245 Semi-Hollow ($3,879 street; with “10-Top”: $4,479) is a single-cutaway guitar with a classic vibe, a shorter, 24 1/2-inch scale length and a unique electronics scheme: two humbuckers, an LR Baggs/PRS piezo-and the ability to utilize each pickup system separately or blend the two. Also noteworthy is PRS’ new Vela ($1,279-$1,399 online), part of the brand’s more affordable S2 line. That guitar features a Fender- and Mosrite-evoking offset waist, a Starla-model humbucker in the bridge position, a single-coil pickup at the neck and a coil-tap to split the configuration and multiply the tonal options. prsguitars.com

In an effort to capture the holy-grail cymbal sounds that Tony Williams achieved in Miles’ Second Great Quintet, Istanbul Mehmet has released the limited-edition-only 250 sets-Williams Tribute Set. As the PR material explains, these 14-inch hi-hat, 22-inch ride and 18-inch crash cymbals are hand-hammered replicas of Williams’ cymbals from that era. (Turkish-made K. Zildjians, to be exact, though the company can’t and doesn’t drop that name specifically in the literature.) The replication involved no shortcuts, to say the least: According to the company, Williams’ widow personally transported his cymbals to the factory in Istanbul, and even the cracks in the cymbals are reproduced in the quest for realness. The set includes a deluxe leather bag, along with a Certificate of Authenticity and collectible Williams photos. ($1,950 online) istanbulmehmet.com

The bassist Mark Egan has a new trio album out called Direction Home (Wavetone), featuring drummer Danny Gottlieb, whom Egan played with in the Pat Metheny Group, and keyboardist Mitchel Forman. It’s a bass-out-front recording but without the cloying pyrotechnics typically associated with the genre; it makes a very strong case for the bass as a melodic instrument without seeming to try too hard. If you’re after those warm, engaging, almost flugelhorn-like tones, Pedulla has updated its Mark Egan Signature Model for limited-edition release, in honor of the company’s 40th anniversary. The bass is a five-string with a body shape based on Pedulla’s MVP (though its neck is thinner than the MVP’s), and Bartolini pickups specifically designed for use in Pedulla basses. It also boasts, according to a press release, “greater than AAAAA Flame Maple” and comes in fretted and fretless editions. ($7,995 online) pedulla.com

Visit a pro audio retailer and almost every studio monitor speaker you see will have amplification built in. But visit a high-end audio store and … END_OF_DOCUMENT_TOKEN_TO_BE_REPLACED

Unless you’re a certified guitar nerd, the name Ted McCarty (1909-2001) probably means nothing to you. But no matter who you are, there’s little doubt … END_OF_DOCUMENT_TOKEN_TO_BE_REPLACED

In audio as in jazz, some of the most interesting trends happen far outside the mainstream. Hop onto internet forums dedicated to headphones, and you’ll … END_OF_DOCUMENT_TOKEN_TO_BE_REPLACED

On April 18, 1972, the Roland Corporation was founded in Osaka, Japan. Its mission: to produce electronic instruments and accessories for musicians. Two years later, … END_OF_DOCUMENT_TOKEN_TO_BE_REPLACED