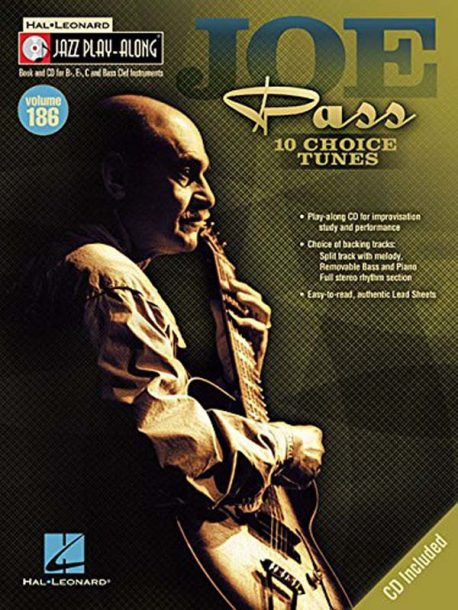 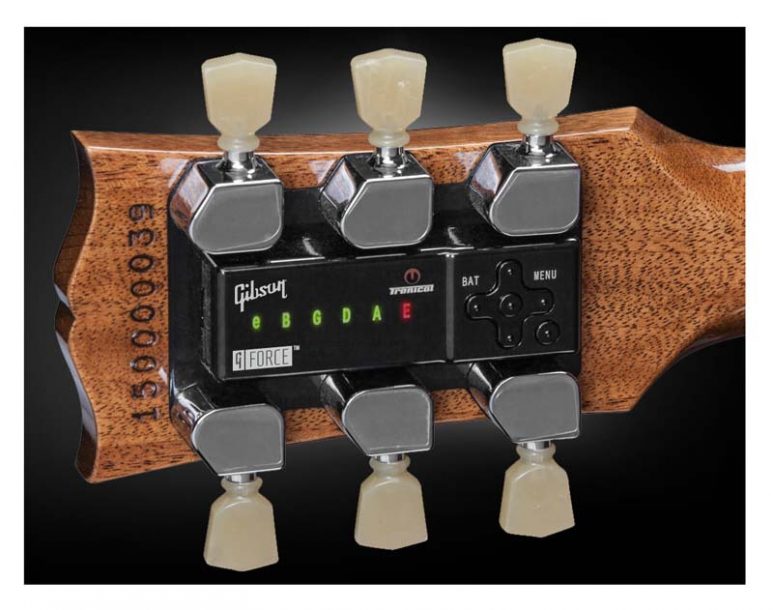 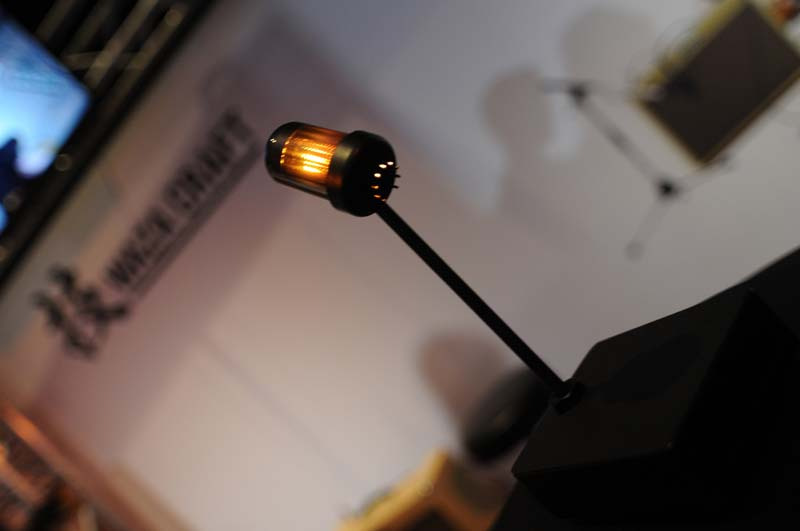 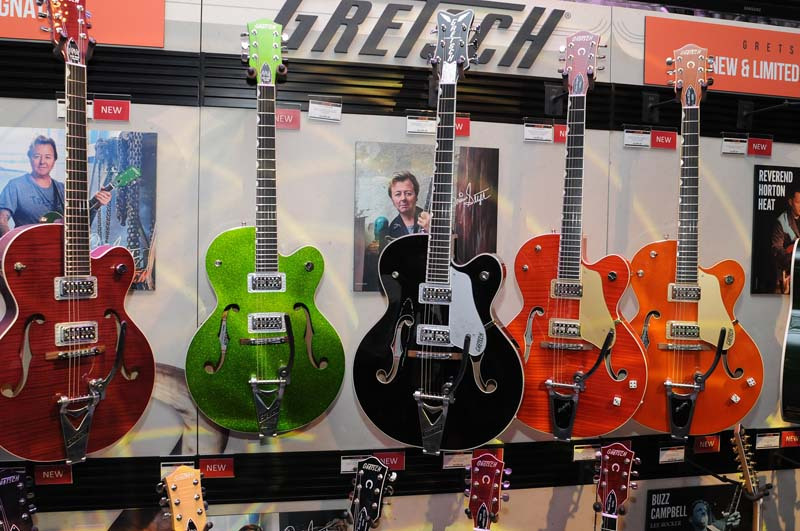 The best and brightest of the ’80s rockabilly revivalists, guitarist-singer Brian Setzer fronted the sharpest and most important of the retro-swing bands in the following decade, and through it all he played a Gretsch. The company recently introduced improved Setzer hollowbody axes into its Professional Collection-the Nashville, Hot Rod and Black Phoenix models-all featuring the new Setzer signature pickups by TV Jones, at once cutting up top and beefy on the bottom. ($3,000-$3,700 online)

One of the cooler, quirkier axes Gibson manufactured in recent decades was the Blueshawk, a small-bodied bridge between a Les Paul and an archtop, featuring P-90 pickups, a Fender-style 25 1/2-inch scale length and a frequency-shifting VariTone dial. Discontinued in 2006, Gibson’s Asia-built Epiphone brand has relaunched the instrument at a student-friendly price point with a VariTone pot intact, plus Gibson-quality P-90 PRO pickups divided by a hum-cancelling dummy pickup. ($500 online)

Part of Guild’s Newark St. Collection, a line of guitars reviving or indebted to the brand’s instruments of the 1950s and ’60s, the T-50 Slim is a thinbody archtop featuring maple-laminate top, back and sides; a vintage-styled Guild single-coil pickup in the neck position; a Guild Tune-O-Matic bridge; and-for bonus style points-no cutaway. From hot jazz to bop to jump blues to rockabilly, this is a guitar that needs to perform classic American music. ($980 online)

The Canadian brand Godin is sort of a best-kept secret, crafting affordable pro-level instruments in North America-guitars like the Montreal Premiere Supreme. An upgraded version of the successful Premiere model, it boasts figured flame maple capping a Canadian Wild Cherry top, back and sides, two Seymour Duncan humbuckers, and tuning machines and a bridge by Graph Tech. ($2,095 street)

The revitalized D’Angelico company’s new acoustic line has yielded this inexpensive yet jazz-worthy archtop, featuring a round soundhole, a laminate spruce top and maple back and sides, a floating ebony bridge, and requisite D’Angelico trademarks like a stairstep tailpiece and pickguard. As the company says, it’s based on the last instrument the legendary luthier produced, completed by his protégé, Jimmy D’Aquisto, after he died in 1964. ($1,500 online)

At every NAMM show, a few new instruments just seem to glow. Last January, one of those was Gibson’s 2015 Les Paul Supreme, a posh version of the brand’s flagship instrument with features jazz players will dig: a fully chambered body with a AAAA maple top and bound f-holes, a jazzbox-style floating humbucker in the neck spot and a wider neck and fingerboard. ($6,600 online)

Gibson’s G Force Automatic Tuning system has been a source of guitar-nerd Internet contention over the past year, mainly because of the company’s decision to make it standard equipment on most 2015 models. (A sizable price increase didn’t help matters, though that bump includes more feature updates besides G Force.) Nonetheless, it’s hard to deny how smart and effective a tool it is-an enhanced take on preexisting Min-ETune technology that gets a guitar in playing shape in a whole note’s time.

Visit a pro audio retailer and almost every studio monitor speaker you see will have amplification built in. But visit a high-end audio store and … END_OF_DOCUMENT_TOKEN_TO_BE_REPLACED

Unless you’re a certified guitar nerd, the name Ted McCarty (1909-2001) probably means nothing to you. But no matter who you are, there’s little doubt … END_OF_DOCUMENT_TOKEN_TO_BE_REPLACED

In audio as in jazz, some of the most interesting trends happen far outside the mainstream. Hop onto internet forums dedicated to headphones, and you’ll … END_OF_DOCUMENT_TOKEN_TO_BE_REPLACED

On April 18, 1972, the Roland Corporation was founded in Osaka, Japan. Its mission: to produce electronic instruments and accessories for musicians. Two years later, … END_OF_DOCUMENT_TOKEN_TO_BE_REPLACED