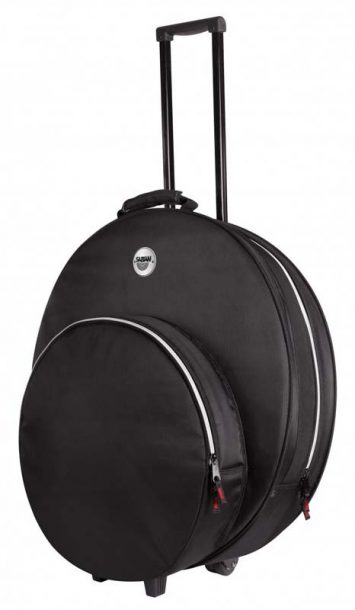 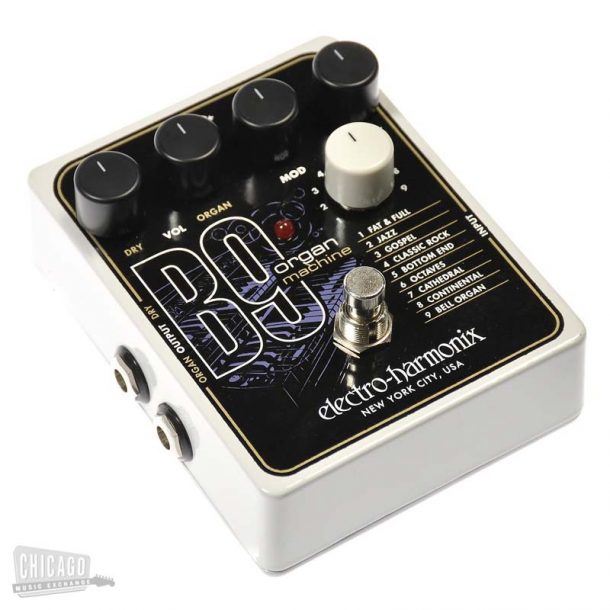 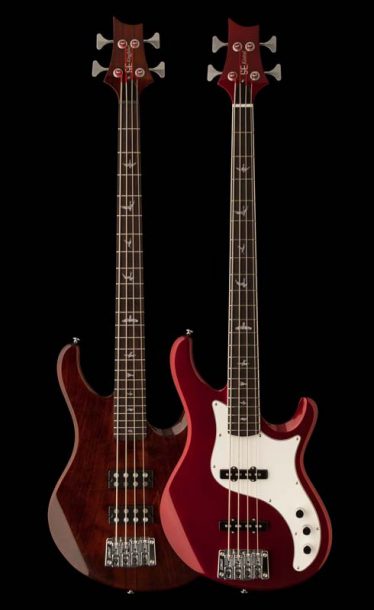 Are you a drummer whose band is sharing a bill with five other groups at a venue the size of a college dorm room? Sabian has yet another efficiency-minded accessory line to help you along: a pair of cymbal bags fe aturing the company’s patent-pending Fast Hat Pocket. Essentially, the pocket allows drummers to carry their top hi-hat without having to remove and reattach the clutch. The Fast Hat Pocket is a standard design feature of Sabian’s backpack-style Fast 22 bag (MSRP $110) and wheeled-luggage-style Pro 22 (MSRP $180) bag. sabian.com

Over the past year we’ve seen a slew of new drum and cymbal products that aim to make the kit quiet enough for practice at don’t-wake-the-baby volumes. Cymgard’s lineup leans toward the simpler end of the spectrum: These rubber/elastic edge protectors fit around the cymbal’s perimeter and aim to not only dampen the sound but provide shipping and stacking protection as well. The product is available in a Standard edition for crashes and rides (12- to 21-inch cymbals, plus 22- and 24-inch), a Standard version for hi-hats (13- to 16-inch) and a thinner-profiled Lite edition (6-inch to 23-inch). Prices top out at $22.95, and a number of value packs are available. cymgard.com

Guitar players are already a massively important part of the jazz-organ tradition (and vice versa), right? Electro-Harmonix, makers of the iconic Big Muff Pi fuzzbox, allows pickers to take that union even further with the B9 Organ Machine, a stompbox that will turn your six-string (or standard keyboard) into a burning Hammond. Actually, the classic B3 tone is just one of nine organ timbres the Machine is capable of, alongside “Fat & Full,” “Gospel,” “Classic Rock,” “Bottom End,” “Octaves,” “Cathedral,” “Continental” and “Bell Organ.” Lots of useful stuff here besides just the jazz preset, which, according to company literature, sounds “reminiscent of the late great Jimmy Smith.” “Fat & Full,” for instance, beefs up your tone by adding an octave below and above, and “Continental” will help you dial in a great, trashy garage-rock organ sound for your skronky avant-garde project. Four controls tweak percussive attack level, modulation speed, organ output and dry volume. ($220.30 online.) ehx.com

Visit a pro audio retailer and almost every studio monitor speaker you see will have amplification built in. But visit a high-end audio store and … END_OF_DOCUMENT_TOKEN_TO_BE_REPLACED

Unless you’re a certified guitar nerd, the name Ted McCarty (1909-2001) probably means nothing to you. But no matter who you are, there’s little doubt … END_OF_DOCUMENT_TOKEN_TO_BE_REPLACED

In audio as in jazz, some of the most interesting trends happen far outside the mainstream. Hop onto internet forums dedicated to headphones, and you’ll … END_OF_DOCUMENT_TOKEN_TO_BE_REPLACED

On April 18, 1972, the Roland Corporation was founded in Osaka, Japan. Its mission: to produce electronic instruments and accessories for musicians. Two years later, … END_OF_DOCUMENT_TOKEN_TO_BE_REPLACED