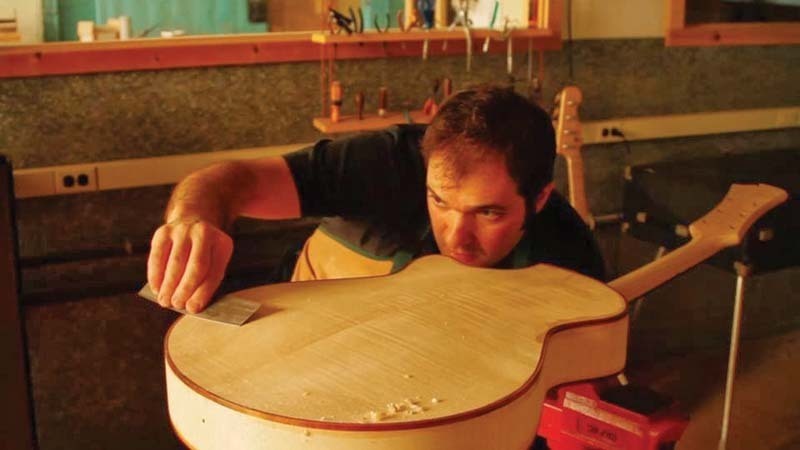 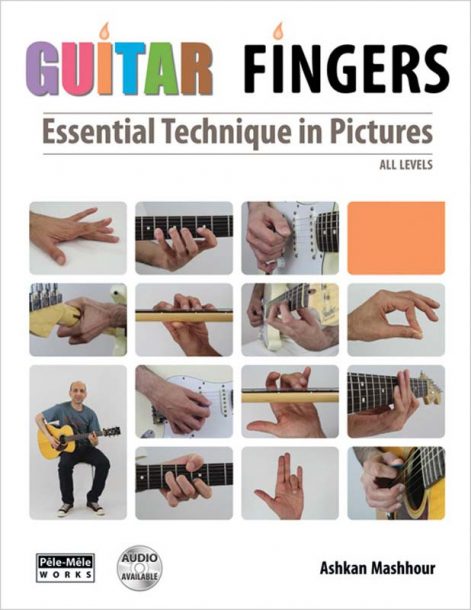 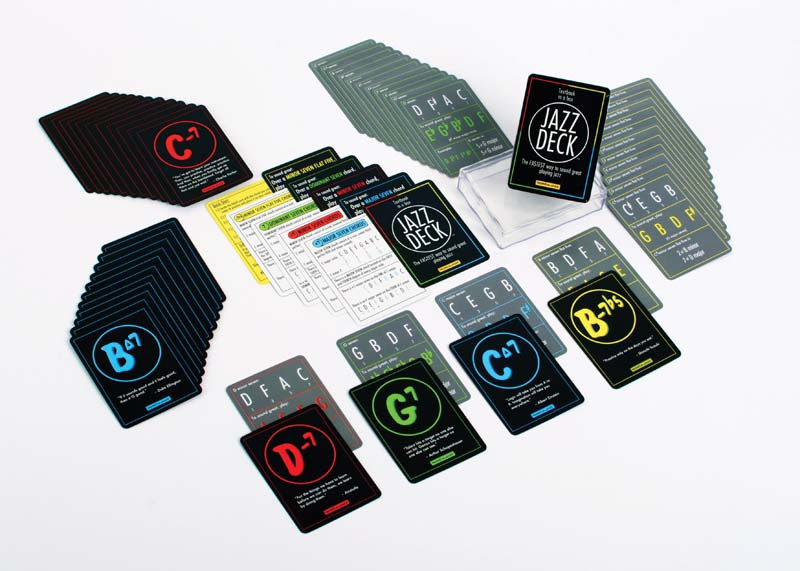 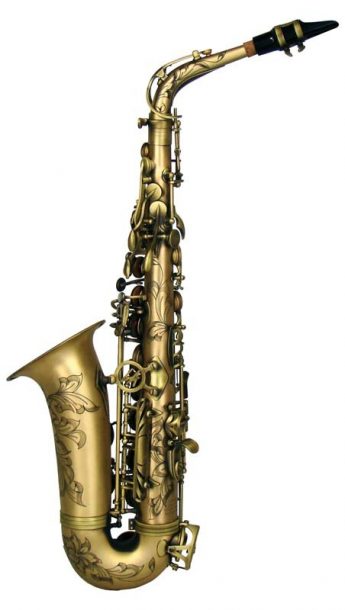 Part art film and part tutorial on virtuoso woodworking, Guy Benoit’s Guitar #1711 follows master luthier Otto D’Ambrosio through the eight-month-long process of handcrafting one of his prized acoustic archtops. Fans of minimalist, quietly visual filmmaking will love this 24-minute short: Save for gentle bits of dialogue and sparse picking by Julian Lage, who plays a concert using the finished instrument to close the film, the soundtrack relies on the meditative whirs, hums and scrapes of a woodshop.

More of Lage’s performance is included as extras-10 minutes of video, 50 minutes of audio, both expertly captured-and his solo arrangements of “Autumn Leaves” and “Alone Together” argue that some players truly are deserving of an instrument that costs as much as a car. Those who aspire to build their own axes will also need to check out the packaging, which includes D’Ambrosio’s notes on each step of his production process. ($24.95, DVD or Blu-ray) dambrosioguitars.com

Godin’s Montreal Premiere series saw several fresh variations debut in recent months, including the Montreal Premiere TriplePlay, which incorporates impressive MIDI technology into a great-playing semi-hollowbody archtop. The guitar itself, manufactured in North America, begins with the typical Premiere specs: Canadian wild cherry top, back and sides; resonating carved core made out of spruce; set mahogany neck with rosewood fingerboard; Graph Tech ResoMax bridge system; two Godin Custom humbuckers. But in addition to those two magnetic pickups is a piezo near the bridge-plus a separate input-which flaunted gorgeous steel-string character when we picked around on the guitar at a recent tradeshow.

The real fun starts with the TriplePlay technology (Compose, Perform, Record-triple, get it?) by Fishman, which connects to its software wirelessly. Notate and track your ideas and explore a vast array of voices, which can be split among the strings. Great solo players and arrangers will love this one-man-band feature: Turn the guitar into a B3, or play basslines in an upright tone while comping and soloing in a Rhodes timbre. ($2,195 online) godinguitars.com

The L.A. Sax brand announced in May its new line of alto and tenor saxophones, the Big Lip “X” series, which aims to match the big tone and classic vibe of vintage horns with the dependability and intonation of modern design and construction. That outsized sound is due to a redesigned large bell and bell throat that, like the body and neck, are made of cupronickel. Other specs include rolled tone holes for speedy playability and L.A. Sax’s Reactor Panel pads-“crisper, cleaner and more projecting than anything you’ve played before,” according to the company. The alto (LAX-306) and tenor (LAX-308) models are available in four finishes, all with hand engraving: silver plate with black-nickel keys; black-nickel plate with silver-plated keys and neck; antique matte; and unpolished brass. (MSRP: $3,079-3,199) barringtonmusicgroup.com

Just when you think everything has been done in the way of educational resources for jazz, along comes a product like JazzDeck. (And it’s not even a tablet app!) This deck of casino-size flashcards will be of particular interest to improvisers who can blow on vamps and blues but need to develop their skills at playing through changes. (We’re looking at you, tab-reading, self-taught guitarists.)

Basically, it works like this: Each card in the JazzDeck is labeled with a chord (and a pithy quote by a luminary in jazz or another art form). If you’re having trouble with a particular chord or a sequence in a chart, seek out the corresponding card and flip it over. On the back of the card you’ll find a series of four notes to play over the chord. Four “Theory” cards elucidate the must-know minor-seven, major-seven, dominant-seven and minor-seven-flat-five chord forms, and contain instruction to expand your harmonic palette. Dig into the JazzDeck and don’t fudge your way through “On Green Dolphin Street” ever again. ($19.95) jazzdeck.com

Here’s one of the smarter, more novel books to cross the JT desk in a while: Guitar Fingers: Essential Technique in Pictures by Ashkan Mashhour. This exhaustive 170-page guide contains instruction and exercises that will serve any chops-hound, particularly those whose jazz playing includes some rock-based skills. String skipping, vibrato, hybrid picking, string muting, sweep picking, string bending and chordal work are just a few of the lessons here. More important, though, are the color photographs of Mashhour’s right and left hands throughout the tome-very helpful in answering the age-old question, “Am I doing this right?” Think of it as a video lesson that’s already paused for your convenience. ($31.95) pelemeleworks.com

For more instrument and accessory news, log on to JazzTimes.com!

Visit a pro audio retailer and almost every studio monitor speaker you see will have amplification built in. But visit a high-end audio store and … END_OF_DOCUMENT_TOKEN_TO_BE_REPLACED

Unless you’re a certified guitar nerd, the name Ted McCarty (1909-2001) probably means nothing to you. But no matter who you are, there’s little doubt … END_OF_DOCUMENT_TOKEN_TO_BE_REPLACED

In audio as in jazz, some of the most interesting trends happen far outside the mainstream. Hop onto internet forums dedicated to headphones, and you’ll … END_OF_DOCUMENT_TOKEN_TO_BE_REPLACED

On April 18, 1972, the Roland Corporation was founded in Osaka, Japan. Its mission: to produce electronic instruments and accessories for musicians. Two years later, … END_OF_DOCUMENT_TOKEN_TO_BE_REPLACED