The Kit that Fits 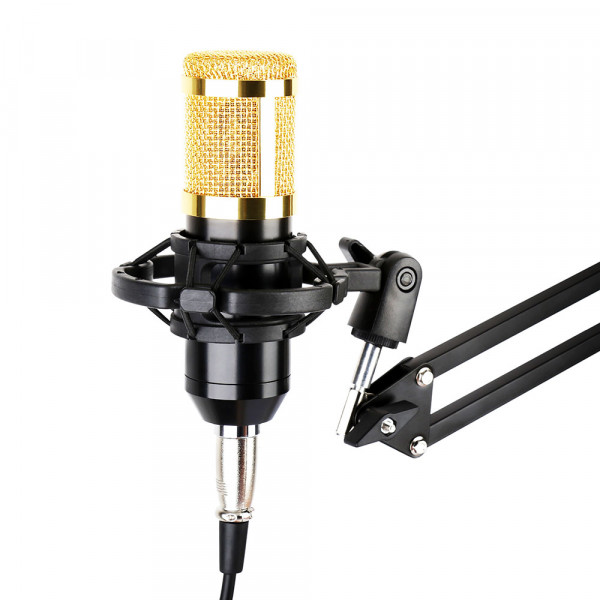 Kinsman’s KMICKIT Professional Condenser Microphone Kit is a handy all-in-one option for recording enthusiasts. The package’s central component, the microphone, has a wide frequency range, excellent transient response, a warm tone ideally suited for vocals and acoustic instruments, and a cardioid condenser core that isolates and rejects background noise. The kit also comes with an anti-vibration shock mount, an adjustable desk-mount stand, and an adjustable windshield.

It’s impossible to shop for audio products without confronting specifications—numbers included in web pages, brochures, and ads to lend scientific cred to marketing claims. In … END_OF_DOCUMENT_TOKEN_TO_BE_REPLACED

In the 1980s, as synthesizers and drum machines threatened to take over popular music, electric guitar manufacturers tried to come up with instruments that were … END_OF_DOCUMENT_TOKEN_TO_BE_REPLACED

Vinyl enthusiasts love to brag that last year, the dollar volume of record sales surpassed that of CDs for the first time since the 1980s. … END_OF_DOCUMENT_TOKEN_TO_BE_REPLACED

These days, if you’ve got the right apps, you can recreate the sound of just about any instrument on earth. In the early 1970s, when … END_OF_DOCUMENT_TOKEN_TO_BE_REPLACED