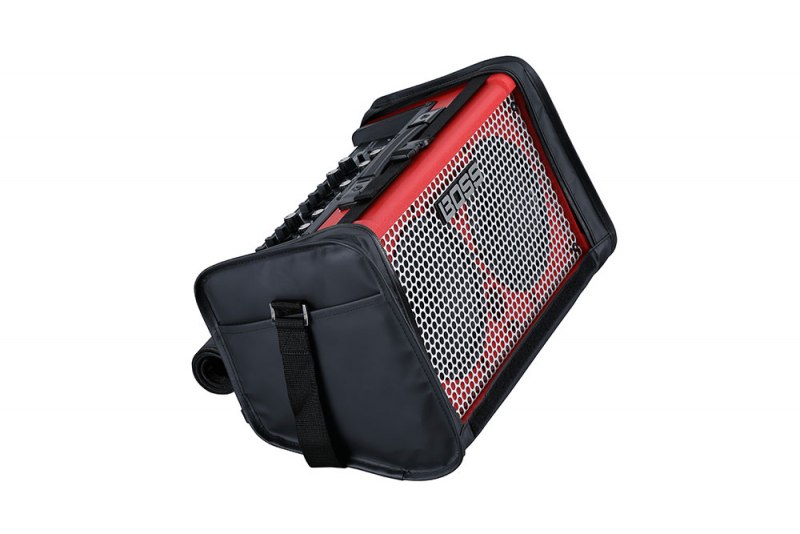 The BOSS CUBE Street II battery-powered stereo amplifier was designed with buskers in mind but works equally well for anyone who wants to make music on the go. Its predecessor, the CUBE Street, put out five watts of power; the Street II ups that to 10. Two input channels—one XLR and one ¼-inch, each with three-band EQ and reverb—offer versatility, along with additional onboard effects, looper and harmony functions, and more.

It’s impossible to shop for audio products without confronting specifications—numbers included in web pages, brochures, and ads to lend scientific cred to marketing claims. In … END_OF_DOCUMENT_TOKEN_TO_BE_REPLACED

In the 1980s, as synthesizers and drum machines threatened to take over popular music, electric guitar manufacturers tried to come up with instruments that were … END_OF_DOCUMENT_TOKEN_TO_BE_REPLACED

Vinyl enthusiasts love to brag that last year, the dollar volume of record sales surpassed that of CDs for the first time since the 1980s. … END_OF_DOCUMENT_TOKEN_TO_BE_REPLACED

These days, if you’ve got the right apps, you can recreate the sound of just about any instrument on earth. In the early 1970s, when … END_OF_DOCUMENT_TOKEN_TO_BE_REPLACED