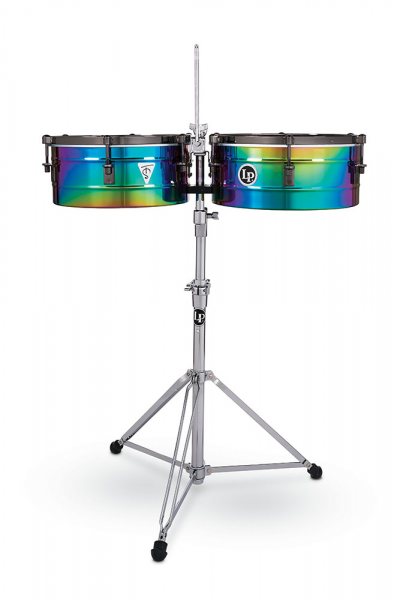 Tony Succar made history in 2019 when, at 33, he became the youngest person to win Latin Grammys for Producer of the Year and Best Salsa Album. Latin Percussion honors that achievement with its Tony Succar Signature Timbales. Though based on LP’s Tito Puente model, these 14” and 15” x 6.5” drums are even more eye-catching, with black nickel hardware, black heads, and rainbow chrome plating that offers distinct color variations every time, making each set one of a kind.

You’ve got to give the folks at the National Association of Music Merchants (NAMM) some credit; they tried. As the COVID-19 pandemic continued to rage … END_OF_DOCUMENT_TOKEN_TO_BE_REPLACED

We travel (for pleasure, at least) to leave our world behind for a while. Still, bringing along the things we love most is often a … END_OF_DOCUMENT_TOKEN_TO_BE_REPLACED

Visit a pro audio retailer and almost every studio monitor speaker you see will have amplification built in. But visit a high-end audio store and … END_OF_DOCUMENT_TOKEN_TO_BE_REPLACED

Unless you’re a certified guitar nerd, the name Ted McCarty (1909-2001) probably means nothing to you. But no matter who you are, there’s little doubt … END_OF_DOCUMENT_TOKEN_TO_BE_REPLACED