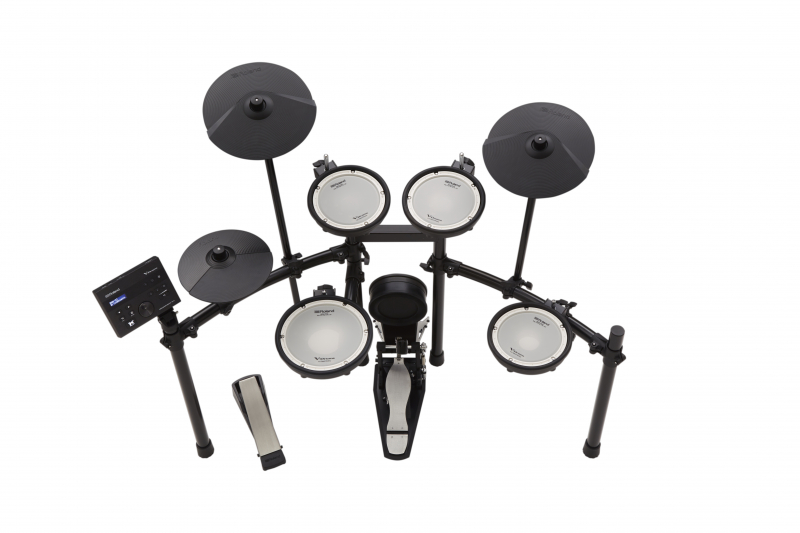 Roland adds to its electronic drum line with the new TD-07KV V-Drums. Like its predecessors, this compact kit gives players the ability to fine-tune a wide variety of acoustic and electronic percussion sounds, then make the most of them in performance using tension-adjustable mesh drumheads for snare and toms; the snare pad features independent head and rim zones that can be assigned different sounds. The TD-07KV also includes 12-inch crash and ride pads, a 10-inch hi-hat with pedal, and a kick pad. $999.99 MSRP | roland.com

I got a shock when I visited a T-Mobile store last May after losing my smartphone. I asked for the latest Samsung Galaxy S-series model—but … END_OF_DOCUMENT_TOKEN_TO_BE_REPLACED

The year 2020 was a terrible one for jazz fans, with listeners forced to settle for YouTube and Facebook streams instead of the live performances … END_OF_DOCUMENT_TOKEN_TO_BE_REPLACED

Thanks to COVID-19, and artists and venues shifting their focus to online streams, we may be seeing more jazz performances than ever before. What we’re … END_OF_DOCUMENT_TOKEN_TO_BE_REPLACED

The American composer and inventor Harry Partch (1901-1974) had lots of unusual ideas. Dissatisfied with the sounds that Western music could offer, he became interested … END_OF_DOCUMENT_TOKEN_TO_BE_REPLACED