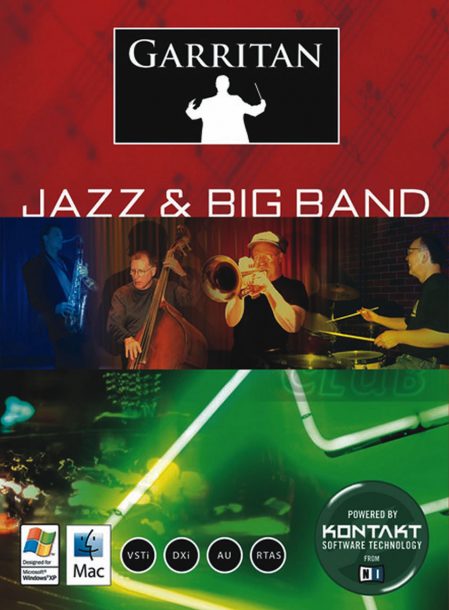 There hasn’t been an easy and inexpensive method for jazz composers to assemble and hear their compositions. Keyboards contain sounds aimed primarily at classical composers. Sound libraries are largely filled with hip-hop beats. And sample programs like Acid and Ejay are equipped with clips that sound like they were recorded by extraterrestrials with a distortion fetish.

Garritan, the company behind sample libraries of Stradivari violins and orchestral strings, is hoping to make writing a little easier on jazz composers with its new Jazz and Big Band sample library.

It’s amazing that it’s taken so long for the sample industry to target the jazz world, especially considering the idea behind Jazz and Big Band is so simple: one, provide electronic samples of sounds that any typical jazz instrument could produce; two, make these samples compatible with industry-standard notation and sequencing software. While Garritan has wholly succeeded in the former, it has a ways to go in the latter.

The majority of samples on Jazz and Big Band sound authentic. The trombone and saxophone sounds, in particular, are far superior to any samples found in the keyboards and workstations on the market. Garritan has clearly developed a great method for converting these acoustic sounds into digital format without losing any of the intonation and articulation we’ve come to desire in a great horn tone.

As expected, the instruments on either end of the frequency spectrum suffered the most from the sampling process. The acoustic bass sounds more tinny than warm. And the soprano saxophone and piccolo often resemble a midi ring tone. On the whole, though, even these samples are superior to their counterparts in available synthesizers.

Compatibility is the main drawback of Jazz and Big Band. With its built-in KONTAKT sound player, it can be used as a stand alone-product. But 99 percent of jazz composers will use it as a plug-in with a sequencing or notation application.

According to Garritan, Jazz and Big Band is designed to work with Finale, Pro Tools and the other major notation and sequencing software on the market. Yet, it comes with practically no instructions on how to use it with any of these other products.

I received my copy from the people at Finale, along with Finale 2007, so I assumed Finale would just recognize Jazz and Big Band after I inserted it. After extensively searching through support documentation on the Web, I found a posting by Gary Garritan himself instructing me to manually move two files into another folder. The procedure worked, but less-savvy computer users might not fare as well.

Overall, Jazz and Big Band will and should be accepted by jazz composers, albeit with a bit of skepticism. It moves jazz composers one step closer to having the same resources songwriters working in other genres take for granted.

Visit a pro audio retailer and almost every studio monitor speaker you see will have amplification built in. But visit a high-end audio store and … END_OF_DOCUMENT_TOKEN_TO_BE_REPLACED

Unless you’re a certified guitar nerd, the name Ted McCarty (1909-2001) probably means nothing to you. But no matter who you are, there’s little doubt … END_OF_DOCUMENT_TOKEN_TO_BE_REPLACED

In audio as in jazz, some of the most interesting trends happen far outside the mainstream. Hop onto internet forums dedicated to headphones, and you’ll … END_OF_DOCUMENT_TOKEN_TO_BE_REPLACED

On April 18, 1972, the Roland Corporation was founded in Osaka, Japan. Its mission: to produce electronic instruments and accessories for musicians. Two years later, … END_OF_DOCUMENT_TOKEN_TO_BE_REPLACED