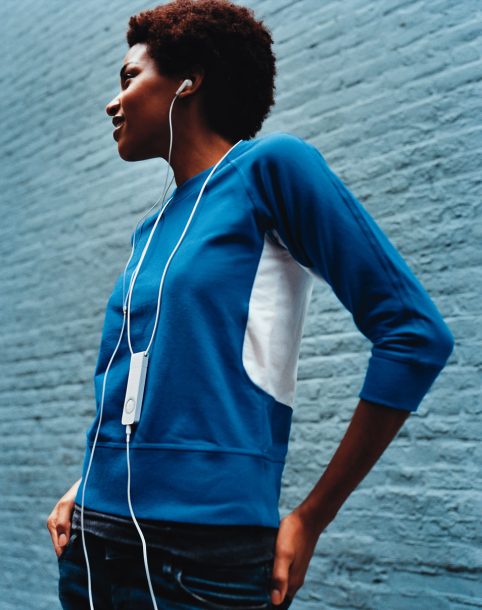 Not long ago I developed an inner-ear infection that resulted in temporary but frightening hearing loss in my left ear. For someone who auditions and reports on audio equipment, this was a pretty scary time.

Just being able to listen to music again took on new meaning. And I began to remember the long late-night listening sessions of my younger days, when the acquisition of a new Eric Dolphy, Weather Report or Miles Davis LP would keep me mesmerized in front of the stereo for hours at a time.

These days, how often do any of us have the luxury of devoting the time required for listening like that? More typically, we get a new disc, crank it up and then proceed to tackle other tasks. Our attention drifts elsewhere, and the music becomes secondary. About the only time we have to really pay attention to the music is in the car.

But why don’t we allow ourselves to be lured into that magical midnight world like we used to? Is it merely a time issue, or are other factors involved?

Jazz bassist and noted audio designer Mark Levinson talks about a “disconnect” with music we began to experience with the onslaught of the digital age. He says the human brain has a difficult time trying to reassemble the digitally sampled and chopped smooth waveforms of music, making it impossible to achieve the same level of connection to recorded music that we experience with analog.

Somehow, it seems, CDs can’t hold my attention the same entrancing way that vinyl can. The notion that digital sound possesses an almost-irritating quality, and fails to engage the listener physically and emotionally, is common among hard-core audiophiles. It also helps explain why there are still dozens of turntables and plenty of new LPs on the market.

On the other hand, and despite its compressed digital files, the iPod is reportedly stirring a more vigorous passion for music than what existed just a few years back. Certainly the variety of tunes available to anyone, anywhere, via the Web has widened the horizons of music fans young and old.

But perhaps the real reason for this renewed interest in music is the way the iPod allows for more concentrated listening; it might not be hi-fi, but who cares? The music is right there and, as riders of mass transit can attest, the iPod creates an intensely personal listening environment where some real musical communion can take place.

I’ve also read that the iPod might just help lead some of today’s young music lovers into the world of the audiophile. Perhaps, thanks to the increased storage capacity of tomorrow’s hard drives, these listeners will spurn the low-fi MP3 for the higher-quality sound offered by lossless compression schemes or even noncompressed sound files. Or maybe it will lead them to the joys of analog sound and those 12-inch album jackets.

Too many audiophiles allow their quest for better-sounding components to displace their ability to just sit back and enjoy the music. In the right context, a lo-fi iPod can hit the mark just as easily as a megabuck speaker can miss it.

To get a broader perspective on these ideas, I’ve been eavesdropping a bit on several audio-oriented Internet bulletin boards (audioasylum.com, stereophile.com). Though there are still plenty of techno-geeks who will never get the musical part of the equation, there are just as many audiophiles who understand that the music is what matters most.

One perceptive contributor summed up his epiphany this way:

Musicality is my current goal for my system. I recently spent a good chunk of change on component changes.

I then visited a well-respected audio designer and manufacturer. Like he said to me: “How many people go listen to live music and say ‘Man, did you hear how detailed that was?'” I have since changed my system with musicality being my paramount focus. I’m now back to enjoying music again.

It seems to me that we can sometimes forget that our systems are tools to get at…the music, nothing more and nothing less.

Musicality is often thrown about in this column to describe a component’s ability to convey key aspects of experiencing live music. But what does this term really connote? Another participant in this ongoing Web discussion tries to explain it by quoting a definition by the godfather of audiophiles, J. Gordon Holt, then attempting to explain how the word is used to evaluate components:

Musical, musicality: A personal judgment as to the degree to which reproduced sound resembles live music.

I suspect that many uses of musical in the audio review context somehow attempt to relate to this. Do we relax while listening to come out of the session vibrant, charged, and stimulated? Or do we emerge somehow ill at ease, tight, or rattled?

How does listening to music make us feel, not necessarily the music, per se, but the act of listening?

His point is that by removing the nonmusical aspects of a listening session we can more fully derive the soul-charging benefits music has to offer.

Even though I frequently state that one system or another presents the sensation of a performer being in the living room-few, if any, recordings present music in a way that can honestly mimic live musicians.

This was made clear recently when I heard a bootlegged audience recording of a prominent contemporary recording artist whose concerts I’ve attended on several occasions. At first the music sounded indistinct and distant, not at all like the close-miked, commercial live recordings I was used to and love dearly. Then I realized the commercial sessions, though exciting and full of detail, are, in a way, not honest. They present the music more from the performer’s perspective and not the audience’s: The detailed, woody sound of the drummer’s sticks on the cymbals, the too-close, almost dead sound of the piano are all artificially microscopic, in a manner of speaking, not what you’d typically hear listening to live music from the audience.

In contrast, the audience recording in question proffers a more lifelike portrait of the music, similar to what you might get sitting in the tenth row. I attended a classical concert a few nights ago and was unable to hear the rosin on the bow as so many audio critics proclaim they can, a phenomenon likewise resulting from ultraclose miking during the recording. Rather, I heard the same slightly distant blending of instruments that I heard on the bootleg. That is what real live music sounds like, though few commercial recordings pull the mikes far enough away from the instruments to create this more lifelike perspective.

So, since our records don’t convey a true reflection of live music, can we expect our stereos to? Well, of course not. However, better components can make listening much more fun. And they can do a better job of properly reproducing the details of individual instruments and vocal styles, making a musician come alive in our living room. Sure, an iPod will play the music, but a tricked-out tube amp and a pair of properly designed speakers will pull us in much closer to the musician and the tonality, dynamics and feel of the playing. In the same way, a Kia will get our bodies from one city to another, but the experience of driving is enhanced exponentially when we take that same trip in a BMW. It’s just a hell of a lot more exciting, exhilarating and maybe just a bit more soulful.

Another bulletin board commentator puts it this way: “As for live sound being the gold standard…well, we have to have something to calibrate our ears to. But most studio recordings aren’t going to sound much like it. If a recording lets you hear the soul of the music, then it’s good. If it doesn’t then it aint.”

The soul of the music. That’s what it really comes down to.

Will a better system help with that connection and better that enjoyment? Generally speaking, I think the answer is a resounding “Yes!” Though better equipment is only a vehicle for the music and should not become the focus of our listening, it can certainly enhance our ability to peer into the music with just a bit more clarity.

But most important, we need to remember how to listen. Really listen. Pull out a stack of favorites and turn down the lights, turn off the phone. Then treasure the experience, the ability to hear the music in the first place. Our ears are certainly the best audio equipment we possess.

Visit a pro audio retailer and almost every studio monitor speaker you see will have amplification built in. But visit a high-end audio store and … END_OF_DOCUMENT_TOKEN_TO_BE_REPLACED

Unless you’re a certified guitar nerd, the name Ted McCarty (1909-2001) probably means nothing to you. But no matter who you are, there’s little doubt … END_OF_DOCUMENT_TOKEN_TO_BE_REPLACED

In audio as in jazz, some of the most interesting trends happen far outside the mainstream. Hop onto internet forums dedicated to headphones, and you’ll … END_OF_DOCUMENT_TOKEN_TO_BE_REPLACED

On April 18, 1972, the Roland Corporation was founded in Osaka, Japan. Its mission: to produce electronic instruments and accessories for musicians. Two years later, … END_OF_DOCUMENT_TOKEN_TO_BE_REPLACED