The word “percussion” comes from a Latin word meaning to beat or strike, which is exactly what you do with most percussion instruments. But there’s an interesting exception to this rule: a subclass of instruments called friction drums. Instead of hitting these drums, you rub their skins. And depending on how hard you rub them, you can produce a bunch of ear-grabbing and oddly voice-like sounds: squeaks, grunts, gasps, laughs, low moans.

Friction drums are found in many cultures, but the most famous is probably the Brazilian cuíca [ku-WEE-kah], the name of which comes from the Portuguese word for a small opossum that makes similar noises. Like so many key elements of Brazilian culture, it was introduced to South America by African slaves. The cuíca is generally made of metal with some kind of animal skin stretched over the top, although more traditional models can be made from gourds—thus lending it a common nickname, the “laughing gourd.” Inside each cuíca, a thin wooden stick is attached to the underside of the drum skin. Holding the instrument under an arm, a cuíca player reaches inside the drum with one hand and rubs the stick up and down with a wet cloth; that friction creates a distinctive sound. The player’s other hand makes the pitch of that sound higher or lower by pressing on the drum skin from the front.

An essential part of samba music, the sound of the cuíca is a fixture every year during Carnaval in Rio de Janeiro, when whole sections of cuica players can be heard rubbing away. It’s also a common ingredient in Brazilian-influenced pop; you can pick out those trademark laughing tones in a wide range of hit songs, from Paul Simon’s “Me and Julio Down by the Schoolyard” to Bob Marley’s “Could You Be Loved” to Bruno Mars’ “Locked Out of Heaven.”

For jazz fans, the most well-known user of the cuíca is probably percussionist Airto Moreira, who used it alongside Miles Davis, Weather Report, and Return to Forever. (Listeners familiar with the 1998 Davis box The Complete Bitches Brew Sessions could be forgiven for feeling that Moreira may have overused the instrument on those late-’69/early-’70 recordings. There’s likely more than one reason that the unreleased tracks on this set lingered in the vaults for nearly 20 years, but at points—such as the uncannily bark-like creaks on “The Big Green Serpent” or “Feio”—it’s not hard to imagine producer Teo Macero visualizing potential listeners yelling at their hi-fi speakers, “Why didn’t somebody get that damn dog out of the studio?”)

Cuícas aren’t that hard to find; several percussion manufacturers make them, including Pearl, Remo, Meinl, and Latin Percussion. But if you’re feeling experimental, you can make a halfway decent approximation of one yourself using an empty coffee can, a bamboo skewer, and a few other simple ingredients.

Attak of the Plectra 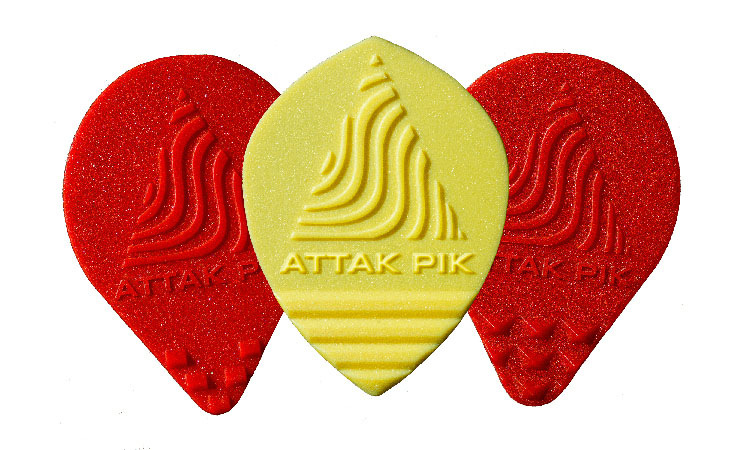 When Cannonball Adderley’s Meyer Bros. New York alto saxophone mouthpiece developed a cracked shank, he had it retrofitted with a brass retention ring. To his surprise, the ring not only served to repair the shank but also improved his sax’s performance and projection. That brass ring is now standard equipment on the recently re-released New York model, made of hard rubber with a Bonade-style ligature just like the original and molded in the original mold, with the original cores, and faced with the original facing cams. Get it in 5M (.071), 6M (.076), 7M (.081), or 8M (.086).

You’ve got to give the folks at the National Association of Music Merchants (NAMM) some credit; they tried. As the COVID-19 pandemic continued to rage … END_OF_DOCUMENT_TOKEN_TO_BE_REPLACED

We travel (for pleasure, at least) to leave our world behind for a while. Still, bringing along the things we love most is often a … END_OF_DOCUMENT_TOKEN_TO_BE_REPLACED

Visit a pro audio retailer and almost every studio monitor speaker you see will have amplification built in. But visit a high-end audio store and … END_OF_DOCUMENT_TOKEN_TO_BE_REPLACED

Unless you’re a certified guitar nerd, the name Ted McCarty (1909-2001) probably means nothing to you. But no matter who you are, there’s little doubt … END_OF_DOCUMENT_TOKEN_TO_BE_REPLACED