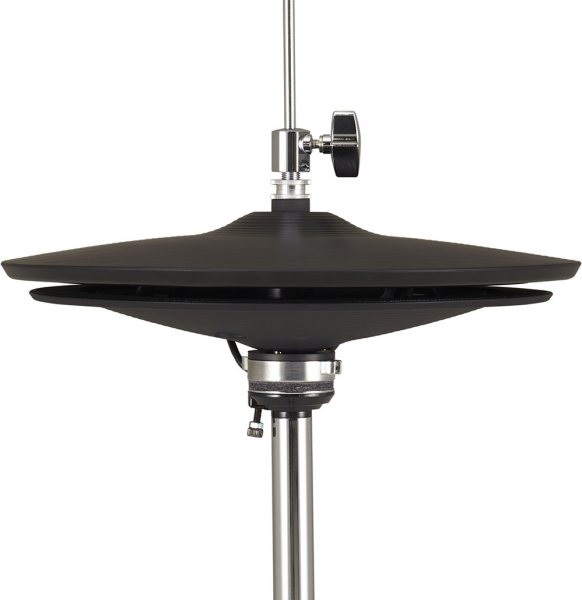 Making an electronic drum that sounds realistic is hard; making an electronic cymbal that measures up to an acoustic one is harder; and making a convincing electronic hi-hat is hardest of all. But Roland will not be deterred, and its VH-14D, a set of two 14-inch pads designed for the new TD-50X V-Drums module, offers a level of touch sensitivity, tonal variation, and open/closed resolution that’s unprecedented. Its multi-element sensor system detects stick and foot positions with startling accuracy.

Visit a pro audio retailer and almost every studio monitor speaker you see will have amplification built in. But visit a high-end audio store and … END_OF_DOCUMENT_TOKEN_TO_BE_REPLACED

Unless you’re a certified guitar nerd, the name Ted McCarty (1909-2001) probably means nothing to you. But no matter who you are, there’s little doubt … END_OF_DOCUMENT_TOKEN_TO_BE_REPLACED

In audio as in jazz, some of the most interesting trends happen far outside the mainstream. Hop onto internet forums dedicated to headphones, and you’ll … END_OF_DOCUMENT_TOKEN_TO_BE_REPLACED

On April 18, 1972, the Roland Corporation was founded in Osaka, Japan. Its mission: to produce electronic instruments and accessories for musicians. Two years later, … END_OF_DOCUMENT_TOKEN_TO_BE_REPLACED