In audio as in jazz, some of the most interesting trends happen far outside the mainstream. Hop onto internet forums dedicated to headphones, and you’ll see fervent discussion of a bunch of brands you’d never find at Best Buy, like Moondrop, KZ, and Uisii. Audio enthusiasts call these “Chi-Fi”—short for “Chinese Hi-Fi”—products. Although Chi-Fi products can be found in many categories, such as tube amplifiers and digital-to-analog converters, they’re especially prominent in the field of passive (i.e., wired) earphones..

The reason audiophiles pay so much attention to Chi-Fi is that the prices can be astonishingly low. A sophisticated set of Chi-Fi earphones with three to five speaker drivers per ear, detachable cables, and an intricately machined aluminum chassis might cost less than $50 on Amazon, eBay, or AliExpress, while a similarly complex product from a better-known brand might cost 10 to 30 times as much.

How Good Can They Be?

It’s easy to dismiss these earphones as no more worthy of attention than a $100 trumpet, but the story’s more complicated than it seems. Most, perhaps all, Chi-Fi earphones are made in the same factories that churn out big-brand models, often with similar parts and designs. Of course, better-known brands might say that you’re paying for the time and experience they put into tuning their earphones, but as a former audio product design consultant, I can tell you that tuning audio products often doesn’t take as much time and effort as audio manufacturers might like you to believe. Or as Crinacle, an online reviewer who maintains an extensive database of earphone measurements, puts it, “You don’t have to pay for tuning.”

I never gave Chi-Fi earphones a serious listen until a few months ago—when, with a review due and no product samples in my queue, I ordered the CCA C10 earphones for $40.99 out of sheer desperation. But I liked what I heard, so I rounded up a few more inexpensive Chi-Fi earphones to get a broader perspective.

The Sound of Chi-Fi Earphones

While there are surely a few hundred different Chi-Fi earphones on the market, I picked three that cost less than $50 and looked interesting. All of them employ the over-ear cable routing design that most audio enthusiasts prefer because it tends to keep the earphones more snugly in your ears, and it also helps block outside sound by filling up more of the earlobe. Because the detachable cables use standard two-pin connectors, you can convert any of these earphones to Bluetooth with the addition of a true wireless Bluetooth adapter, such as the $23.99 KZ AZ09.

Many Chi-Fi earphones are available with an inline microphone for phone calls, sometimes as an option for about $2 extra. I’ve never seen Chi-Fi earphones that included a case, but cases are readily available on Amazon for less than $10. Typically, these ’phones use a dynamic driver (like a miniature speaker) for the bass and midrange, and balanced armatures (a delicate, precise driver designed for hearing aids) for the treble.

The least expensive model I tried is the NiceHCK DB3, which costs just $17.99 but packs a single dynamic driver and two balanced armatures per ear. Next up was the Fragrant Zither TFZ Live 1, a $35 model with a dual-drive dynamic driver that has separate motor mechanisms for bass and treble. Last was the KZ x Crinacle CRN, a $48.99 model tuned in consultation with Crinacle, which incorporates a dual-drive dynamic driver, an electrostatic driver (a miniaturized version of what’s in those big panel speakers from MartinLogan and others), and a balanced armature.

The differences between these earphones and the high-end models I compared them with was surprisingly subtle. Listening to Patricia Barber’s Clique—perhaps the best audiophile recording of 2021—I found that the NiceHCK DB3 and KZ x Crinacle CRN were both great in their own way.

The NiceHCK DB3 gave me the smoothest rendition of Barber’s voice, although it seemed to dull the sound of the cymbals somewhat. The soundstage really opened up with the KZ x Crinacle CRN—Barber’s voice sounded more sibilant than with the NiceHCK, but the cymbals and piano sounded more detailed, natural and spacious. (The Fragrant Zither model sounded a little coarse in the midrange; it’s okay but not noteworthy.) Of the high-end models I compared with these, I felt only the $1,099 Meze Rai Penta had a definite advantage over the Chi-Fi models—it sounded slightly more detailed than the KZ x Crinacle CRN. And the NiceHCK and KZ x Crinacle models sound substantially better than most of the true wireless earphones I’ve heard.

If your experience is limited to mass-market headphones and earphones, a good set of Chi-Fi earphones might give you the best sound you’ve ever heard from your jazz albums—possibly for even less than the cost of a new vinyl release.

How Many Drivers Do You Need?

Most speakers use different drivers for bass and treble, and often for midrange as well. Chi-Fi earphones also tend to use separate drivers for these frequency ranges. This gives engineers the ability to tune the products with greater precision. Yet earphones with just one driver can sound great too—they only have to move the air inside your ear canals, so even a pea-sized driver can produce deep bass.

Visit a pro audio retailer and almost every studio monitor speaker you see will have amplification built in. But visit a high-end audio store and … END_OF_DOCUMENT_TOKEN_TO_BE_REPLACED

Unless you’re a certified guitar nerd, the name Ted McCarty (1909-2001) probably means nothing to you. But no matter who you are, there’s little doubt … END_OF_DOCUMENT_TOKEN_TO_BE_REPLACED

On April 18, 1972, the Roland Corporation was founded in Osaka, Japan. Its mission: to produce electronic instruments and accessories for musicians. Two years later, … END_OF_DOCUMENT_TOKEN_TO_BE_REPLACED 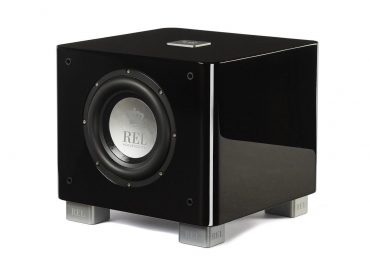 When it comes to stereos, acoustic jazz fans have it easy. The deepest tones in traditional jazz come from the double bass, which in most … END_OF_DOCUMENT_TOKEN_TO_BE_REPLACED