Return to the Delta 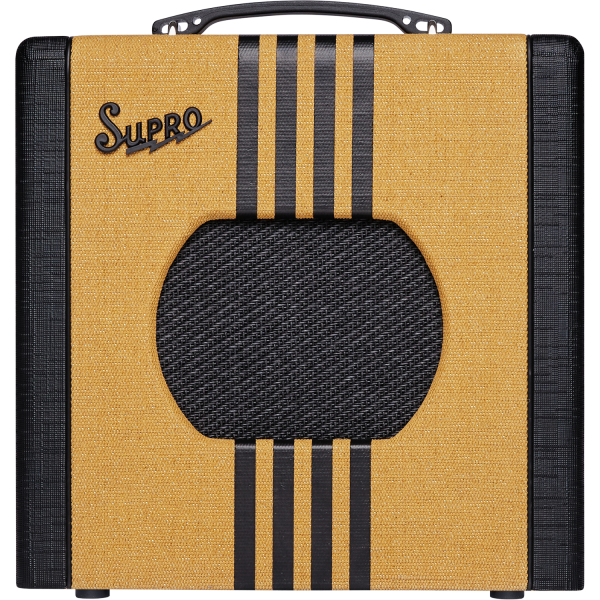 For its new line of low-wattage amplifiers, Supro harks back to the tube amps that made it famous in the ’50s and ’60s. The smallest, and cutest, of the bunch is the Delta King 8: one glorious watt of power with a 12AX7 tube preamp, 12AU7 triode power amp, and eight-inch speaker. Meant for large halls? Well, no, but it makes for a nice recording amp, and the line out placed before the master volume also allows you to use it as a separate, cool-looking preamp.

Vinyl enthusiasts love to brag that last year, the dollar volume of record sales surpassed that of CDs for the first time since the 1980s. … END_OF_DOCUMENT_TOKEN_TO_BE_REPLACED

These days, if you’ve got the right apps, you can recreate the sound of just about any instrument on earth. In the early 1970s, when … END_OF_DOCUMENT_TOKEN_TO_BE_REPLACED

It was the peak of the Roaring Twenties, and a great time to sell saxophones. More than a million of the instruments were already in … END_OF_DOCUMENT_TOKEN_TO_BE_REPLACED

Back in the 1960s, tone controls were considered a must-have feature for audio gear. But in 1974, their reputation sank when famed audio entrepreneur Mark … END_OF_DOCUMENT_TOKEN_TO_BE_REPLACED