Rarely has a technology been so ubiquitous yet so despised as Bluetooth. It delights many listeners by eliminating the need for audio cables. But audiophiles despise it because it reduces sound quality.

In the early days of Bluetooth, when signals often weren’t strong enough to carry stereo audio data reliably, the impact of the wireless format on sound quality was often obvious. It has radically improved since then, and new add-on technologies—referred to as “codecs”—have elevated Bluetooth to where it can be almost completely indistinguishable from CD-quality audio. But although these technologies are touted in marketing blurbs, they’re often difficult to access, and it’s usually hard to tell if you’re actually using them or just listening through standard Bluetooth.

A codec compresses the size of an audio file so it can be transmitted through a small amount of bandwidth (such as that available in a Bluetooth transmission), then decompresses it for playback. The “lossy” codecs used for Bluetooth discard parts of the audio whose absence you probably wouldn’t notice—say, a soft note on flute played at the same time as a loud trumpet note. The higher the maximum data rate the codec can manage, the less data it has to discard, and the better the sound can be.

All Bluetooth devices include the SBC codec, which has a maximum data rate of 345 kilobits per second, or kbps—about a quarter of the data rate CDs deliver. All Apple iOS products (iPhones, iPads) and many Android products add a codec called AAC, which in this case maxes out at 320 kbps, but it’s more advanced than SBC in the way it selects data to discard, so the two achieve similar sound quality. The standard version of Qualcomm’s aptX codec, available in Android products but not iOS products, offers a slightly higher data rate of 384 kbps.

However, some newer codecs—which are found in many headphones and speakers, but at present are not available in Apple iOS products—offer a noticeable improvement in quality. The aptX HD codec maxes out at 567 kbps; in a blind test I conducted, it provided sonic improvements most listeners could hear. Sony has a high-resolution codec called LDAC, which offers data rates of 330, 660, and 990 kbps. The 660 and 990 kbps rates do offer a significant quality bump, but you need a very clear, strong Bluetooth signal to use them; if you leave your phone in your pocket, you’ll probably hear glitches in the transmission.

There are more high-resolution options, including LHDC (maxing out at 900 kbps) and LC3 (maxing out at 500 kbps in the LC3 Plus version), but few audio companies have adopted them yet.

Falling Behind the Beat

Audio codecs introduce latency—a delay caused by the added digital processing time and the need to build up a store of audio data in memory for wireless transmissions. We don’t care if “So What” starts playing a fraction of a second after we press the play button, but if we’re watching a video of Cécile McLorin Salvant and the sound of her voice lags the image, it’ll look like a badly dubbed foreign movie.

Such lip-synch problems become perceptible at latencies of about 100 milliseconds; most Bluetooth codecs have an average latency around 200 to 250 ms. But the Low Latency version of aptX reduces latency to as little as about 40 ms. The company’s latest codec, aptX Adaptive, figures out the right balance of latency and quality for the material: less latency and lower audio quality for videos, more latency and better sound (at data rates up to 420 kbps) for music.

Although lots of headphones and wireless speakers now include one or more advanced codecs, they won’t do you any good unless your phone, tablet, or computer includes the same codec. Apple iOS phones and tablets include only SBC and AAC. Many Android devices include LDAC and/or one or more variants of aptX.

Sometimes codecs can be activated through the control apps that come with many headphones and speakers; more often, they must be deployed by digging deep into the Developer Options tab in your phone’s Settings menu. But this procedure is complicated—on Samsung phones, you have to find the Build Number readout in the About submenu, tap that seven times, then open up the Developer Options submenu and find the sub-submenu for Bluetooth codecs. Even if you are able to select an upgraded codec, there’s usually no way to be sure that you’re using it instead of SBC.

Bluetooth chipmaker Qualcomm says that Bluetooth products with completely lossless sound—identical to what you’d hear on a CD—will be available sometime in 2022, but only time will tell if these products are really able to deliver a noticeable sonic improvement, and if we’ll even be able to access them on our phones. Fortunately, it’s clear that the vast majority of listeners are able to get great joy from listening to music through Bluetooth, so jazz fans’ best course of action for now might be just to enjoy the music while we wait for the technology to sort itself out.

In digital audio, data rate is the amount of audio data that a technology or device is able to convey in one second. CDs offer 1,411 kilobits per second, or kbps. Spotify maxes out at 320 kbps, about the same as most Bluetooth codecs. Most listeners don’t notice big differences in sound quality as long as the data rate is at least 128 kbps, but some Internet radio stations dip below this. 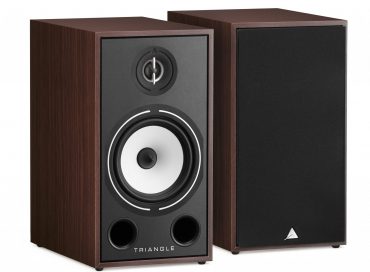 Ask an audiophile what kind of stereo system a rock fan is likely to have, and they’ll probably describe a JBL setup with muscular amps … END_OF_DOCUMENT_TOKEN_TO_BE_REPLACED 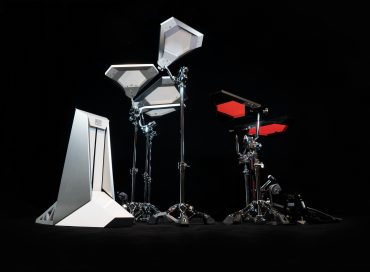 Remember back in the spring, when we reported on the Roland Corporation’s 50th anniversary and hinted that there would be multiple products launched this year … END_OF_DOCUMENT_TOKEN_TO_BE_REPLACED 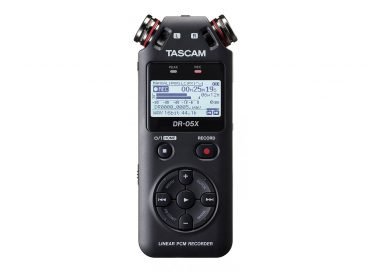 You’ve got to give the folks at the National Association of Music Merchants (NAMM) some credit; they tried. As the COVID-19 pandemic continued to rage … END_OF_DOCUMENT_TOKEN_TO_BE_REPLACED