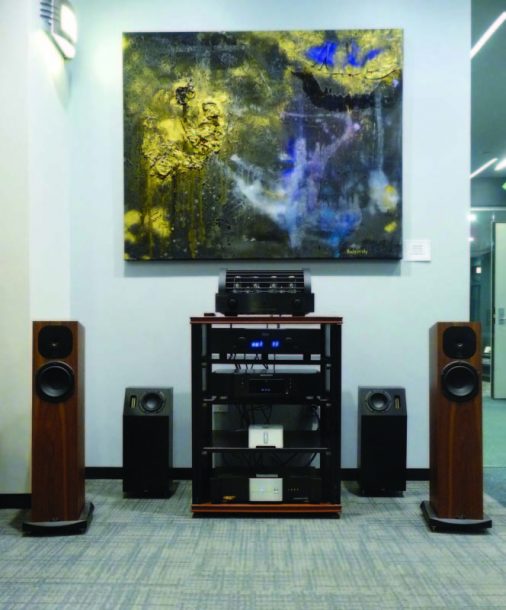 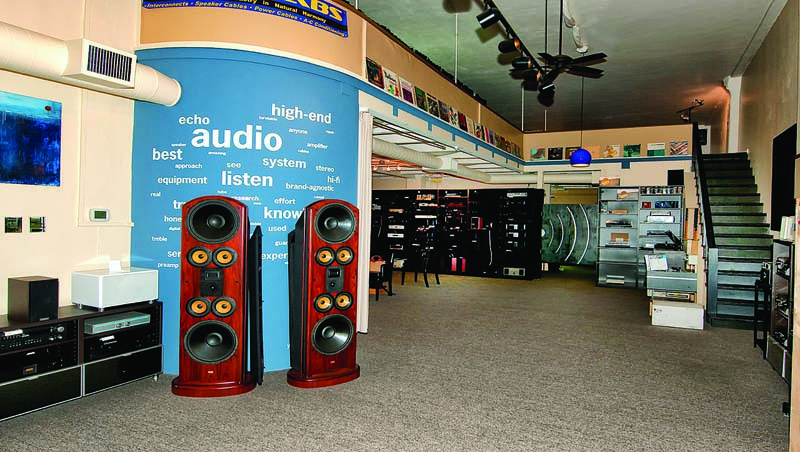 When we go through a technological revolution, it often feels like the old way of doing things has disappeared. Since we’ve become accustomed to buying audio products online, for example, it may seem like the option of hearing an audio product before you buy it no longer exists. Although audio chains have mostly disappeared, there are still a few thousand brick-and-mortar audiophile dealers in the U.S. where you can see, hear and touch products before you buy them.

To find out how the experience of an in-store audition has evolved in the era of the Internet, I spoke with respected dealers in cities across the U.S. I’ve visited some of their stores in-person, and the others came enthusiastically recommended by trusted friends in the industry. And even though they all qualify as “high-end” dealers, the products and services they offer span a wide range of prices and styles.

As its name suggests, Goodwin’s High End specializes in elite brands, and prices for a stereo system start at a couple thousand dollars. According to Alan Goodwin, who founded the store in 1977, the gear isn’t as much the point as the live-in-person assistance the store offers. “I’d rather have a really good dealer who sells a lesser brand than a not-so-good dealer who sells the brand I think is the best,” he said.

Goodwin sorts his customers into audiophiles and what he calls “quality-philes.” “We’re a destination for people who are familiar with the brands and may have owned several audio systems,” he said. “But we also get many who aren’t knowledgeable about audio, and we give them whatever level of handholding they need. We’ll fly 3,000 miles to set up a turntable for them. What unifies them is that they’re all music lovers.” 781-893-9000, goodwinshighend.com

AudioConcepts owner Mark Ashworth laughed when I asked if he caters to an affluent clientele. “Some are wealthy, but we have clients who buy used clothing and have very nice stereos,” he explained. “We have speakers from $300 per pair to over $100,000 per pair.”

I was surprised when Ashworth said the typical AudioConcepts customer isn’t necessarily an audiophile. “Maybe they’re buying their first house and they want to get their first decent audio system,” he said. “Quite often it’s turntable-based, usually with a Rega [a turntable brand known for value].”

Considering that a younger customer base would seem more likely to order audio products from a website, I asked Ashworth why they come to him. “They want to see if the music system talks to them, instead of buying based on specs or a review,” he explained. “And if they have a problem, they can call the guy who sold them the system to get help.” 214-360-9520, audioconceptsonline.com

Jazz is a big part of what Sunny Components and its customers are all about, according to owner Sunil Merchant. “We have ‘Jazz Thursdays,’ where we play jazz all day long. A lot of customers bring in their own albums so they can hear them on all sorts of systems,” he said. “Especially female vocals, and artists like Lyn Stanley who spend a lot of money recording their music with a higher level of quality.”

Although Merchant describes his clientele as “all kinds of people,” his store specializes in higher-end brands such as Wilson Audio and Meridian, and the systems he sells run from about $10,000 to $600,000. Much of his business these days is in turntables. “When you buy a turntable that’s set up at the factory, the cartridges are never aligned right and the customer doesn’t know how to level the turntable,” he said. “Internet dealers can get people into the game, but stores can do a much better installation.” 626-966-6259, sunnyaudiovideo.com

Considering its name and address, one might expect Park Avenue Audio to cater to old-school Manhattanites. But according to director of sales Mike Okeefe, many customers arrive after frustrating experiences trying to buy gear on the Internet. “They go to the websites and can’t get what they want,” he explained. “They have forgotten that going into a store can be a fun experience. And at the end of the day, it doesn’t cost any more money. A deal is a deal only if the product is what you really need.”

Many of Okeefe’s customers are neophytes driven by the resurgence of interest in vinyl. “They’ve never been exposed to [audiophile equipment], so I play them everything from a $2,000 system to a $100,000 system,” he said. “We can get people into a great system for $1,500, with B&W speakers and a Rotel integrated amp that has a digital-to-analog converter built in. It makes me happy, people getting back into music.” 212-685-8101, parkavenueaudio.com

The only dealer I spoke with who focuses on audiophiles is Kurt Doslu of Echo Audio, a store that embodies Portland’s artisanal vibe. “They’ll play the same track by Diana Krall over and over,” he said. “My average customer changes at least one component in their system about 10 times per year.”

Many are jazz fans, attracted in part by his store’s vinyl selection. “We get lots of people who are looking for a specific 45-rpm Hank Mobley release, and a lot of customers from Tokyo who are really fanatical. They know all the releases,” he said. Doslu attributes his store’s success to the hands-on approach that a website can’t match, adding, “Hi-fi has to be sculpted and tailored to the customer.” 888-248-ECHO, echohifi.com

Visit a pro audio retailer and almost every studio monitor speaker you see will have amplification built in. But visit a high-end audio store and … END_OF_DOCUMENT_TOKEN_TO_BE_REPLACED

Unless you’re a certified guitar nerd, the name Ted McCarty (1909-2001) probably means nothing to you. But no matter who you are, there’s little doubt … END_OF_DOCUMENT_TOKEN_TO_BE_REPLACED

In audio as in jazz, some of the most interesting trends happen far outside the mainstream. Hop onto internet forums dedicated to headphones, and you’ll … END_OF_DOCUMENT_TOKEN_TO_BE_REPLACED

On April 18, 1972, the Roland Corporation was founded in Osaka, Japan. Its mission: to produce electronic instruments and accessories for musicians. Two years later, … END_OF_DOCUMENT_TOKEN_TO_BE_REPLACED