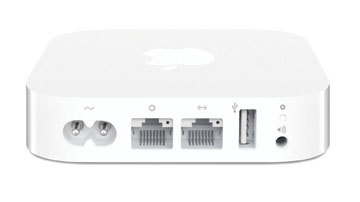 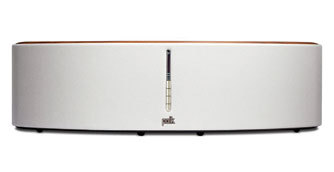 Even the most dedicated jazz fan occasionally has to step away from the stereo to tend to life’s little duties, like cooking, cleaning and conversation. But thanks to home networking technology, there’s no reason for the music to stop when the rest of the world intrudes.

The same Wi-Fi wireless networking devices that let you use your laptop computer anywhere in your home also make it possible to get music anywhere in your home. In one room, or in every room. Even in the backyard. Not only can you access all the digital music files you own, you can also access streaming services such as Pandora, Spotify and Internet radio stations. With Wi-Fi wireless systems, the reception is almost always perfect, and you lose not one bit of audio fidelity.

This is an especially welcome development when you consider that getting sound throughout a house used to require a team of installers, thousands of dollars and a lot of drilling, cutting and wiring. Today, Wi-Fi wireless audio systems cost as little as $200 per room. You can install them yourself and control them from the smartphones, tablets and computers you already own.

With a Wi-Fi wireless audio system, you use an app on your phone, tablet or computer to choose a music file stored on your computer or networked hard drive, or on an Internet streaming service. Then you choose which of the wireless speakers in your home you want to play it on. You can play different music in different rooms if you like-maybe bebop in the den and Bieber in the kids’ room. You can also control the volume in each room from your wireless device.

There is one complication, but it can be a fun one: Wi-Fi wireless audio comes in numerous forms. It’s like choosing which version of Kind of Blue to buy: You may find it hard to decide whether to get the standard CD, 180-gram stereo vinyl, mono vinyl or high-resolution download, even though you know they’ll all sound good.

Last time I counted, there were at least eight different multiroom wireless technologies available, with more promised (or threatened) for the next year or two. We’ll cover the standards here.

AirPlay: AirPlay was created by Apple, and it works with iOS devices (iPhone, iPad, iPod touch) and with Mac and Windows computers running iTunes software. It’s compatible with numerous wireless speakers from brands such as B&W, Bose, Polk and Sony. And Apple’s $99 AirPort Express can turn any existing stereo into an AirPlay rig.

Bluesound: This is a new wireless audio brand designed for audiophiles. It comprises amplifiers, preamps and a wireless speaker designed by the same engineers who make NAD electronics and PSB speakers. It’s currently the only wireless audio system that can play high-resolution audio files. It works with iOS and Android devices, Macs and PCs.

Play-Fi: This technology is gaining traction because it works with iOS and Android devices as well as with PCs, and it’s available for any manufacturer to license. You control playback through a Play-Fi app. As of now there are only a half-dozen or so Play-Fi speaker models available, but there should be about 20 by year’s end.

Sonos: Sonos is the best-known, most popular and, arguably, most user-friendly Wi-Fi audio system available. It works with iOS and Android, Mac and PC, and offers more than 30 streaming services. However, it’s available only for use with Sonos products, which at the time of this writing includes three wireless speakers, a home-theater sound bar and an interface box that lets existing stereos run on Sonos. At least one Sonos speaker has to connect directly to your Wi-Fi router, otherwise you’ll have to add the $49 Bridge adapter.

Others: Bose, LG and Samsung now offer wireless systems intended to compete with Sonos. The only significant advantage they have at present is that these manufacturers offer a wider range of products than Sonos. My audio industry sources tell me none of these have yet had an impact on Sonos’ popularity.

Don’t know where to start in wireless multiroom audio? Most people choose either Sonos because of its popularity and high level of refinement, or AirPlay because it gives them a much wider selection of products.

With Sonos, I recommend the $199 Play:1. In my opinion, it’s the best-sounding speaker Sonos makes, and you can pair two of them for stereo. Just $1,000 puts great sound in five rooms, in a matter of minutes.

With AirPlay there are many good options, but my favorite at the moment is the Polk Woodbourne, a gorgeous, retro-styled $699 speaker that includes Bluetooth. Looking to spend less? Check out the $399 Wren Audio V5AP-which, incidentally, can be converted to Bluetooth or Play-Fi for $99 if AirPlay doesn’t work out for you.

Either way, you’ll have a virtually unlimited supply of great-sounding music all around your house-in other words, what music lovers have wished for since the advent of hi-fi.

Visit a pro audio retailer and almost every studio monitor speaker you see will have amplification built in. But visit a high-end audio store and … END_OF_DOCUMENT_TOKEN_TO_BE_REPLACED

Unless you’re a certified guitar nerd, the name Ted McCarty (1909-2001) probably means nothing to you. But no matter who you are, there’s little doubt … END_OF_DOCUMENT_TOKEN_TO_BE_REPLACED

In audio as in jazz, some of the most interesting trends happen far outside the mainstream. Hop onto internet forums dedicated to headphones, and you’ll … END_OF_DOCUMENT_TOKEN_TO_BE_REPLACED

On April 18, 1972, the Roland Corporation was founded in Osaka, Japan. Its mission: to produce electronic instruments and accessories for musicians. Two years later, … END_OF_DOCUMENT_TOKEN_TO_BE_REPLACED