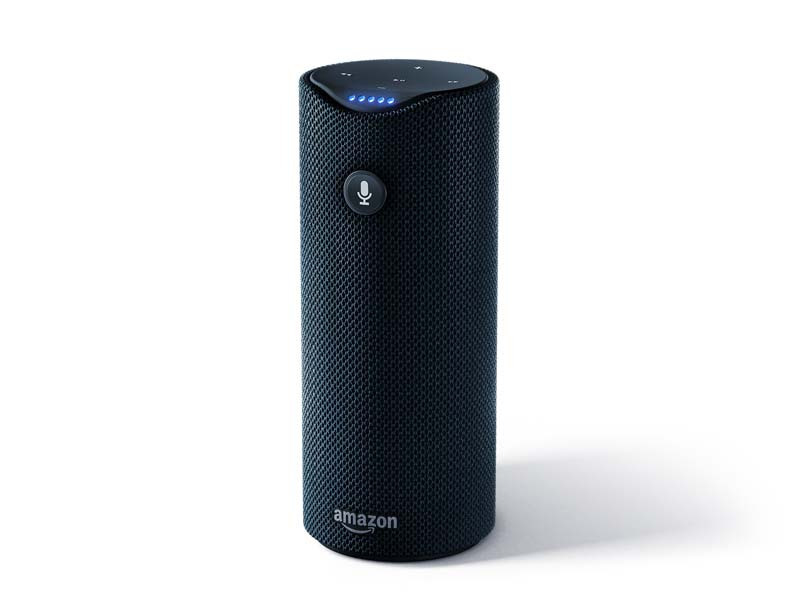 What jazz fan hasn’t thought, “I’d love to hear Sonny Rollins right now,” but was too wrapped up in work or chores to spend time flipping through records and CDs, browsing iTunes or a streaming service, and turning on the stereo? Wouldn’t it be great to simply summon Sonny right out of midair with little to no effort? I can-and I can conjure up pretty much any other jazz artist I want, too.

When I woke up this morning, I wanted to hear some jazz but didn’t have anything particular in mind, so I tapped a button on my new wireless speaker and said, “Play KNTU” (the radio station from the University of North Texas). About 20 minutes in I noticed a cool Hammond organ solo and wanted more. I tapped the button and said, “Play Larry Young station from Pandora,” and seconds later “If,” from Young’s Unity album, began playing. This recording gave me the urge to hear more Joe Henderson, so I tapped again and said, “Play album In ‘N Out,” which cued up the title track. But I really wanted something a little slower, so I tapped and said, “Next track.” I couldn’t remember the name of the tune, so I tapped and asked, “What is the name of this tune?” and heard the reply: “This is ‘Punjab’ on In ‘N Out, the Rudy Van Gelder edition, by Joe Henderson.”

All of this music came to me courtesy of a device that costs just $129-the Amazon Tap, a portable wireless speaker with voice command. The Tap is Amazon’s newest voice-command speaker; the line launched in late 2014 with the $179 Echo. With the Echo, you don’t even have to tap a button; you just say “Alexa,” followed by a command such as “play John Coltrane.” It works so well that it responded to my command “Alexa, play Wes Montgomery!” from another room, 38 feet from the speaker. Delighted to hear “Tequila,” I yelled, “Alexa, louder!” and the volume went up a notch.

The Echo has hit the audio industry like a technological tsunami. Google has announced plans to launch a competing product, Google Home, this fall, and multi-room audio leader Sonos recently reorganized in order to add Echo-like capabilities to its speakers.

The ability of these speakers to summon jazz from the ether seems almost magical. But the technology does have limitations.

The Tap and Echo use your WiFi network to access Amazon Music, iHeartRadio, Pandora, Spotify and TuneIn, although accessing Spotify through these devices requires a $9.99/month premium subscription. I buy most of my music as downloads from Amazon, and I’m an Amazon Prime member (which costs me $99/year), so I can use the Tap and the Echo to access all the music I’ve purchased. (Prime Music also includes countless jazz albums at no additional charge.) However, I can’t access digital music files I’ve ripped from CDs, or MP3s I’ve copied from vinyl records, unless I beam the music to the speakers from my phone, tablet or computer via Bluetooth.

Streaming-savvy listeners will have already noticed another limitation: While it’s easy for me to find lots of works by classic jazz artists, streaming services aren’t nearly as comprehensive when it comes to newer jazz releases. I was having to buy these works as downloads anyway, though, and the speakers made the process more gratifying. I purchased Susie Arioli’s new album, Spring, through Amazon on my computer, turned to the Echo and said, “Alexa, play album Spring,” and 10 seconds after I clicked the “buy” button I was hearing the first track off the album.

There are other downsides. You can’t synchronize multiple speakers in different rooms as you can with a Sonos system or, reportedly, with Google Home. And while the Tap and the Echo sound OK, there are better-sounding wireless speakers for the same price or less. Amazon does offer an $89 voice-command unit called the Echo Dot, which offers the potential for better sound because it connects to a stereo system through a line output or Bluetooth; unfortunately, it can be ordered only through an Echo or an Amazon Fire TV streaming device. Amazon is offering to license its voice-command technology to audio manufacturers, so we may soon see high-quality systems with Alexa built in.

The Tap and the Echo also perform all sorts of other functions. You can ask them questions, such as “What’s the weather going to be like tomorrow?” or “How far is it from Houston to Detroit?” (The only music trivia question Alexa could answer for me was “Who were the members of Led Zeppelin?” but the voice recognition may get smarter with future software updates.) The speakers can add voice control to WiFi-connected lights and thermostats, and even order pizza.

I bought the Tap because knowing about new audio technologies is my gig, but I bought the Echo because I fell in love with the Tap. Since I got them, I haven’t used any of the other wireless speakers I own. My bet is that in a few years we’ll be listening to most of our music this way, and wondering how we ever had the patience to punch all those buttons.

Visit a pro audio retailer and almost every studio monitor speaker you see will have amplification built in. But visit a high-end audio store and … END_OF_DOCUMENT_TOKEN_TO_BE_REPLACED

Unless you’re a certified guitar nerd, the name Ted McCarty (1909-2001) probably means nothing to you. But no matter who you are, there’s little doubt … END_OF_DOCUMENT_TOKEN_TO_BE_REPLACED

In audio as in jazz, some of the most interesting trends happen far outside the mainstream. Hop onto internet forums dedicated to headphones, and you’ll … END_OF_DOCUMENT_TOKEN_TO_BE_REPLACED

On April 18, 1972, the Roland Corporation was founded in Osaka, Japan. Its mission: to produce electronic instruments and accessories for musicians. Two years later, … END_OF_DOCUMENT_TOKEN_TO_BE_REPLACED