Skip to content
Become a member and get exclusive access to articles, live sessions and more!
Start Your Free Trial
Home > Reviews > Around the World: DIY Systems from the Other Side of the Globe

Globalization. How many times a day do we hear that term bandied about in the news, in advertising, in political rhetoric? As a concept, it may be valid and worth considering, but the word itself is worn out.

Too bad, because globalization (read: the world s getting smaller, making it easier to trade ideas and goods between far corners of the sphere [do spheres have corners?]) can be a vitalizing force in jazz as well as in macroeconomics. For example, we get a Vietnamese guitarist interpreting Jimi Hendrix, a Dutch band swinging through the Little Rascals theme, or an Indian mandolinist creating a typhoon from Bird riffs. You get the idea. 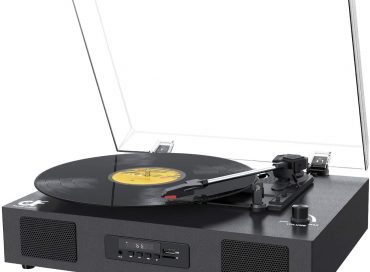 Amazon Prime Day 2021 is in full swing (actually, it’s two days: today, June 21, and tomorrow, June 22). If you have a Prime membership, … END_OF_DOCUMENT_TOKEN_TO_BE_REPLACED

It was the peak of the Roaring Twenties, and a great time to sell saxophones. More than a million of the instruments were already in … END_OF_DOCUMENT_TOKEN_TO_BE_REPLACED

Back in the 1960s, tone controls were considered a must-have feature for audio gear. But in 1974, their reputation sank when famed audio entrepreneur Mark … END_OF_DOCUMENT_TOKEN_TO_BE_REPLACED

These days, if you’ve got the right apps, you can recreate the sound of just about any instrument on earth. In the early 1970s, when … END_OF_DOCUMENT_TOKEN_TO_BE_REPLACED