These days, if you’ve got the right apps, you can recreate the sound of just about any instrument on earth. In the early 1970s, when there was no digital recording, people weren’t so lucky. Back then, the best you could do was buy a Mellotron or Chamberlin. These were keyboards that played back recordings of various different instruments on magnetic tape cartridges, an analog version of what we now call samples. Cool as these early proto-sampling keyboards could be (Herbie Hancock coaxed some of the scariest sounds ever heard on this planet out of a Mellotron for 1972’s Crossings), they were expensive and tough to use. Which is where the Optigan came in.

Introduced in 1971 and originally built by the Mattel toy company, the Optigan got its weird name from bashing together two words: “optical” and “organ.” The reason for the second word was obvious—it looked and worked just like an electronic organ—but the optical bit was what really set the Optigan apart. Its wide array of instrument sounds were recorded not on tape but on 12-inch celluloid discs read by a light beam, much like a CD, DVD, or any other optical disc we use today. Many of the discs, with titles like “Big Band Beat,” “Banjo Sing-Along,” and “Polynesian Village,” were sold in separate sets.

The Optigan was the first musical instrument ever to be advertised on television, and for a while it benefited from that exposure. But in the end, its cheapness worked against it. The sounds on the discs suffered from poor quality, pitch problems, and scratchiness, while the disc drives often malfunctioned.

By the late ’70s, the Optigan was already a relic. Even so, its wobbly, lo-fi tone has attracted a cult following. Many artists—including Elvis Costello, Tom Waits, and Devo, to name just three—have used this odd, forward-looking yet backward-sounding instrument in their music over the years. It can even be credited for inspiring the formation of at least one band: Optiganally Yours, an indie-rock duo that came together in mid-1990s San Diego.

Eventually, one of the members of that band, Pea Hix, managed to track down and rescue (from someone’s garage) the original master tapes that were used to make the Optigan’s “samples.” This of course meant that he had access to all the instrument’s sounds, and many more that had never been put on disc, in high fidelity. The results can be heard on a 2018 album titled (unsurprisingly) O.Y. in Hi-Fi. Sounds great, right? Well, yes. But also no. Because, when you think about it, pristine audio quality doesn’t exactly fit into what we enthusiasts like to call the Optiganal aesthetic.

Scroll through the slideshow below to view new gear. 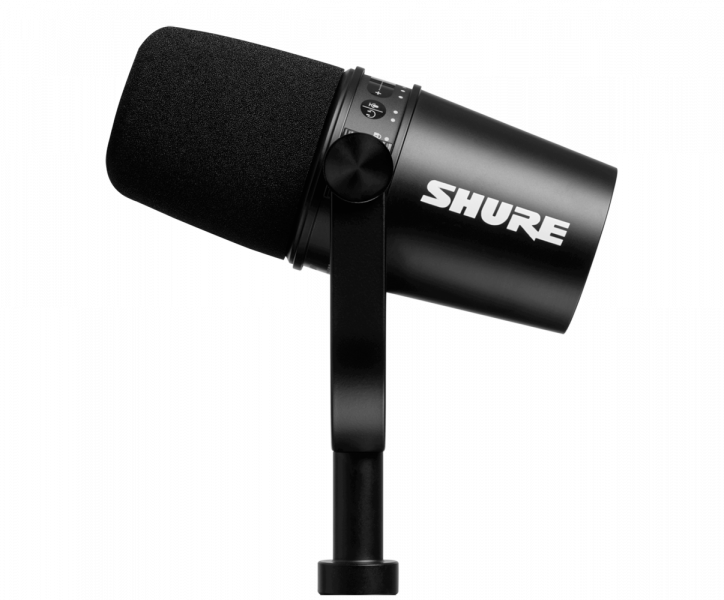 Though it was designed principally for podcasters, the Shure MV7 dynamic microphone is versatile enough to handle vocal recording in any kind of home or project studio setting. Because it has both USB and XLR outputs, you can choose to either plug it straight into a laptop or run it through a professional interface. Using the USB connection allows you to explore additional setup features—like automatic level and tone controls—via Shure’s MOTIV app.

Old hardware of any sort often carries a certain cachet. But vintage audio gear, produced from the 1950s through the 1980s, has become an obsession … END_OF_DOCUMENT_TOKEN_TO_BE_REPLACED

As veteran JazzTimes followers know, every year around now we present a report on the annual National Association of Music Merchants (NAMM) show in Anaheim, … END_OF_DOCUMENT_TOKEN_TO_BE_REPLACED

Every jazz fan knows that intimate clubs like the Village Vanguard sound different from large venues like Carnegie Hall. Clearly, the space we listen in … END_OF_DOCUMENT_TOKEN_TO_BE_REPLACED

The Roland corporation of Japan only manufactured its TR-808 Rhythm Composer drum machine for three years, from 1980 to 1983, but that short time was … END_OF_DOCUMENT_TOKEN_TO_BE_REPLACED