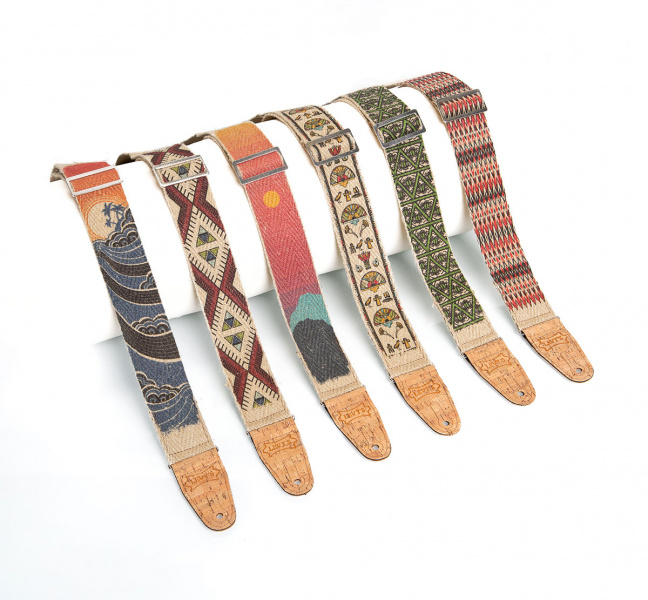 Can a strap be multi-hued and green at the same time? Yes, if you’re talking about the new environmentally friendly Levy’s Hemp line. Made with 100-percent organic and “cruelty free” hemp fabric, the straps feature two-ply supportive natural cork ends with silver metal slide-and-loop hardware, and there’s even a small storage pocket on the back. Crystal Morris, CEO of Levy’s parent Gator Co., says “the line focuses on Levy’s artistry with the best natural and earth-friendly materials available.”

As veteran JazzTimes followers know, every year around now we present a report on the annual National Association of Music Merchants (NAMM) show in Anaheim, … END_OF_DOCUMENT_TOKEN_TO_BE_REPLACED

Every jazz fan knows that intimate clubs like the Village Vanguard sound different from large venues like Carnegie Hall. Clearly, the space we listen in … END_OF_DOCUMENT_TOKEN_TO_BE_REPLACED

The Roland corporation of Japan only manufactured its TR-808 Rhythm Composer drum machine for three years, from 1980 to 1983, but that short time was … END_OF_DOCUMENT_TOKEN_TO_BE_REPLACED

I got a shock when I visited a T-Mobile store last May after losing my smartphone. I asked for the latest Samsung Galaxy S-series model—but … END_OF_DOCUMENT_TOKEN_TO_BE_REPLACED