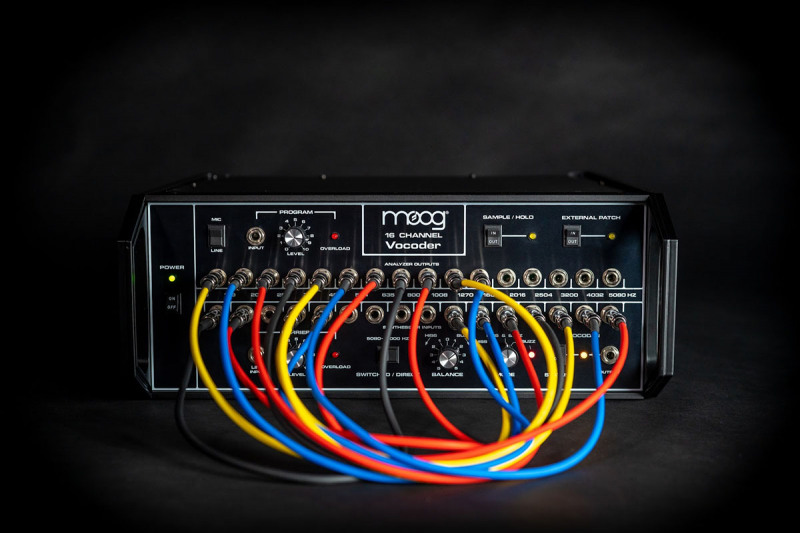 Since its early-2000s rebirth, Moog Music has specialized in updating classic analog designs for the 21st century. The latest example is the 16 Channel Vocoder, which analyzes the timbral characteristics of one sound (called the program) and impresses those characteristics on a second signal (the carrier). Back in production after 40 years, the Vocoder boasts 16 patchable bands optimized for the human voice, advanced routing to make vocals more intelligible, and a range of advanced controls and signal patching options.

Learn more about the Moog Vocoder at Amazon.

Visit a pro audio retailer and almost every studio monitor speaker you see will have amplification built in. But visit a high-end audio store and … END_OF_DOCUMENT_TOKEN_TO_BE_REPLACED

Unless you’re a certified guitar nerd, the name Ted McCarty (1909-2001) probably means nothing to you. But no matter who you are, there’s little doubt … END_OF_DOCUMENT_TOKEN_TO_BE_REPLACED

In audio as in jazz, some of the most interesting trends happen far outside the mainstream. Hop onto internet forums dedicated to headphones, and you’ll … END_OF_DOCUMENT_TOKEN_TO_BE_REPLACED

On April 18, 1972, the Roland Corporation was founded in Osaka, Japan. Its mission: to produce electronic instruments and accessories for musicians. Two years later, … END_OF_DOCUMENT_TOKEN_TO_BE_REPLACED