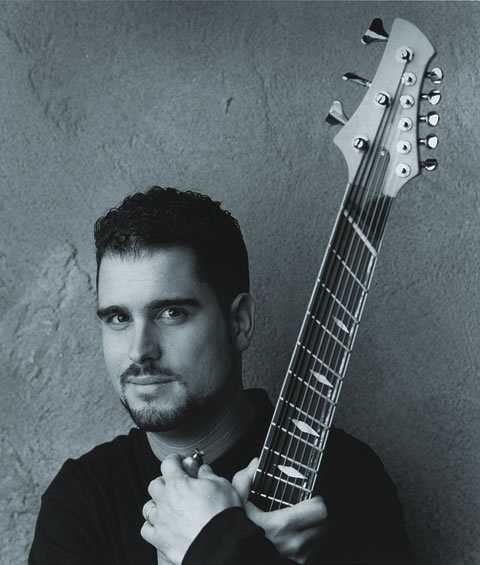 It’s always exciting to see some fresh new artist emerge on the scene fully formed with so much raw talent, confidence and charisma that he or she immediately gets gobbled up by every savvy bandleader looking to add some spark to the bandstand. Harmonica sensation Grégoire Maret is one such cat. Playing the chromatic harmonica with the chops of Toots Thielemans and the soul-searing expression of Stevie Wonder, Maret has lit up any number of bandstands in the past few years. A soft-spoken, unassuming young man of 30, he conveys a kind of neo-bohemian presence on stage, looking like a refugee from the jam-band scene with his jeans, hooded sweatshirt and hank of thick black hair tied into a long ponytail. But when he digs into a solo, whether it’s on an uptempo bebop romp, an earthy blues shuffle or some slamming hip-hop flavored funk, he instantly elevates the proceedings with a perfect blend of passion and stunning virtuosity that has audience members shouting out encouragement from their seats. This happens particularly when Maret abandons the harmony and starts ascending adventurously in double-time fashion like an aerialist in free flight. And more often than not, it’s the band members on stage who are doing the loudest whooping and hollering at the harmonica ace’s outré excursions.

I’ve seen Maret do this time and time again with different bandleaders and in different venues — with Cassandra Wilson at Jazz at Lincoln Center’s cavernous Rose Theatre, with Jimmy Scott and also with Teri Lynne Carrington’s band up at the more intimate Stanley Kaplan Penthouse at Lincoln Center, with Jeff “Tain” Watts at the Blue Note and also at the Village Vanguard, with Leon Parker’s band, Any Milne’s Dapp Theory and Steve Coleman’s band at the Jazz Gallery, with Ravi Coltrane at the Jazz Standard — and the reaction from the audience is always the same everywhere: one of sheer elation and exhilaration. Everyone, it seems, wants a piece of Maret’s magic. The latest to jump on the harmonica player’s bandwagon is Pat Metheny, who features the remarkable Swiss-born musician on his latest recording, The Way Up.

To celebrate his final days in New York before embarking on a six-month tour with Metheny, Maret held a kind of musical going-away party at the Jazz Gallery, one of New York’s premier showcase venues. With the amazing Charlie Hunter on 8-string guitar and Gene Lake on drums, blew with Bird-like facility on material primarily culled from Hunter’s 2003 quintet recording on Ropeadope Records, Right Now Move.

At different points in the proceedings, friends of Maret got up from the audience to join in on the jam. Pianist Fedrico Peña joined him for a duet on a poignant ballad they had co-written called “My Loved Ones,” while recent Thelonious Monk Vocal Competition winner Gretchen Parlato sang a hip arrangement of “Feel Like Making Love” which highlighted another of Maret’s strengths — keen ears and an ability to react sensitively to a singer’s nuance of phrasing and dynamics. Hunter’s harmonic daring on this bit of pop fluff from the ’70s was downright subversive, yet he never lost the groove. Picture Ted Greene jamming with Duck Dunn.

On Hunter’s “Mastre Tata,” which Lake interpreted with an infectious N’awlins second line groove that later morphed into a Latin feel, Maret engaged in playful call-and-response with Hunter’s eight-string monster. And when the guitarist soloed, a few disoriented people in the audience craned their necks — some actually standing up from their seats — to get a glimpse at what was actually going on up there on the bandstand. As one patron said while nudging me, “I hear a bass, I hear chords — but who’s playing that guitar solo?” Hunter’s split-brain facility that allows him to cover minimalist, dub-style bass lines, chords and single note melodies simultaneously is a feat equaled only by Stanley Jordan’s two-handed tapping technique and by the guy who used to keep half a dozen pie plates spinning simultaneously on the Ed Sullivan Show of the early ’60s.

On Hunter’s earthy Chicago shuffle number “Try,” Maret dipped into some ultra-bluesy bends, a la Toots. His solo, full of blazing double-timed passages and daring octaves leaps, galvanized the audience. And Hunter, who never once looked at his fretboard throughout the entire set, grooved like an instinctual rhythm machine. On Hunter’s super-funky “Oakland,” Maret came up with a toe-curling, note-bending solo that had a distinct Stevie Wonder feel. And they closed it out on a funky note with Hunter’s menacing “Whoop-Ass,” fueled by Lake’s urgent hip-hop beat. Maret summoned up Holy Roller intensity on this set-closer, testifying on tiptoes as Hunter and Lake grooved mightily behind him.

As it turned out, this was not Maret’s last New York appearance before hitting the road with Metheny. Two nights later, he was tearing it up at Tonic alongside guitarists Vernon Reid and Dave “Fuze” Fiuczynski, jamming ’til the wee hours and exciting the audience there the same way he always does. Maret, the secret weapon in every band he plays in, is bound to light up the stage on tour this year with Metheny.

It’s difficult to imagine what the stage and the audience would have looked like at Gaillard Center in Charleston, South Carolina, if Rhiannon Giddens’ new … END_OF_DOCUMENT_TOKEN_TO_BE_REPLACED

“It’s time to imagine a place where we can come together,” Danilo Pérez said from the hallowed stage of Washington, D.C.’s historic Sixth & I … END_OF_DOCUMENT_TOKEN_TO_BE_REPLACED

At the Zeiders American Dream Theater in Virginia Beach, Va., between April 8 and 10, the Vocal Jazz Summit convened in person for the first … END_OF_DOCUMENT_TOKEN_TO_BE_REPLACED

The Big Ears Festival returned to Knoxville in a big way in late March, drawing an estimated 30,000 music enthusiasts from across the U.S. and … END_OF_DOCUMENT_TOKEN_TO_BE_REPLACED