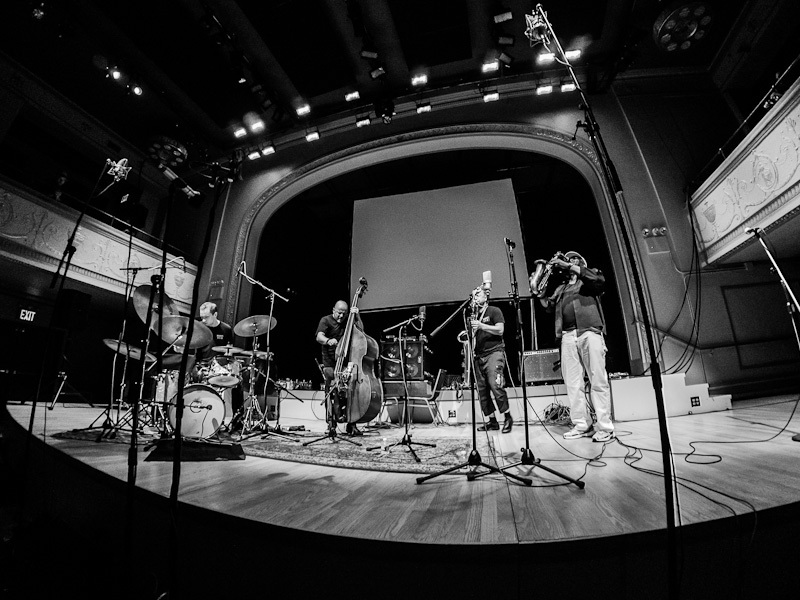 The Thing with Joe McPhee 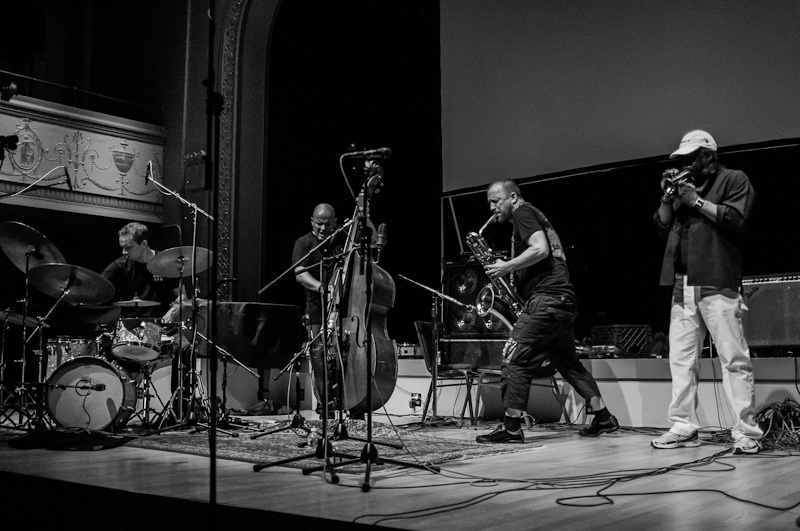 The Thing with Joe McPhee

Like few other jazz events, the Vision Festival in New York can evoke a golden age. The annual fete, whose 17th edition ran June 11-17 in Brooklyn, with one free day of programming in the East Village, deals in the avant-garde, and does so with more versatility than it’s often given credit. In 2012, for instance, the schedule included Kneebody, a terrific electric-jazz group of taut collectivity and formal precision, and Ingrid Laubrock, whose very postmillennial sort of experimentalism can feel thoroughly composed.

But Vision’s best moments are those that reach back to the ’60s and ’70s-the days of Fire Music and ESP-Disk’, when free jazz seemed to belong to the larger multi-disciplined tradition of the avant-garde more than to jazz proper. Taken out of that decades-old context and placed in the current one, the music of Kidd Jordan, Joe McPhee and others points up the lyrical, intuitive emotionality that sometimes gets lost in the deep accomplishment that defines jazz’s left wing today. Vision argues that adventurous jazz should be a transcendental proposition rather than an academic one. This year, it took over Brooklyn’s stately Roulette venue, and the music was better for it: A band like Greg Tate’s Burnt Sugar, which I’ve only seen in small venues, where its density and sheer sonic force obscure the nuance of all its moving parts, received the sound engineering it deserves.

McPhee was this year’s Lifetime Achievement honoree on June 13, and he closed his night with a collaborative set featuring The Thing, the powerhouse Scandinavian free-jazz trio with a punk-jazz bent. On paper, at least, that enduring union might imply a specific type of rockist jazz taste-the sort of fan who’s absorbed far more Sun Ra Arkestra than Duke Ellington Orchestra, and favors Sonny Simmons to Sonny Rollins. But it ascended any notion of hipsterism in no uncertain terms, with a striking visceral intensity and moments of plainspoken beauty. Saxophonist Mats Gustafsson gave a kind of tutorial in extended techniques, with a physicality and athleticism that made him as interesting to watch as to hear (especially on bari). (Live free jazz always includes an element of visual performance art by default.)

But if Gustafsson was dissonant, much of what was going on around him skewed more accessible. The rhythm section of bassist Ingebrigt Håker Flaten and drummer Paal Nilssen-Love offered plenty of avant-scramble but also locked down tight, headlong straight rhythms. (There was, at one point, some utterly convincing acoustic hardcore-as unmistakable as Black Flag.) For his part, McPhee wisely didn’t try to match Gustafsson’s zeal; rather, he provided a lot of consonant harmony, blowing long, true lines with even vibrato and the sort of composed soulfulness associated with great ballads players. On pocket trumpet he flitted around, with less forceful technique but a similar m.o. of playing the straight man. One melody, which Gustafsson turned over and over with breathy grace until it became a sort of mantra, was startlingly gorgeous: “You Ain’t Gonna Know Me (Cos You Think You Know Me),” by the late South African trumpeter Mongezi Feza.

A real avant-pearl arrived with the Kidd Jordan Quintet’s closing 45-minute maelstrom on Sunday-a sterling example of not “experimental” jazz or even the “avant-garde,” but of free jazz with a capital F. Jordan, on tenor, overblew like a man possessed and gave the altissimo a workout, in addition to blowing stalwart motifs that brought to mind a modal-era Coltrane introduction. J.D. Parran, on various woodwinds, improvised various strains of counterpoint; Charles Gayle, on piano except for a final scramble toward the finish on tenor, approximated Cecil Taylor on his own terms, sometimes traversing the keyboard in a karate-chop motion like a masseuse. (Gayle’s take on abstract-expressionist piano playing tends to lean more toward the American than the European; it’s like you can hear bits and pieces of standards in his tumult.)

William Parker was his usual sturdy yet expressive self-particularly unshakable when walking in a freebop fashion. And then there was Hamid Drake, who really owned this set. Drake can Sunny Murray with the best of them, but here his wholly propulsive free playing evoked Tony Williams at his edgiest. Drake hit hard and moved the proceedings forward at a rapid-fire polyrhythmic clip, sometimes working the bell of his ride cymbal with Afro-Cuban fervor. It was classic New Thing territory, yet it still sounded, well, astonishingly new.

Photographs by Peter Gunnushkin. Visit downtownmusic.net to see more of his work.

Among the many physical, spiritual, and institutional losses related to the still-ongoing pandemic is that of Los Angeles’ renowned Playboy Jazz Festival (PJF) at the … END_OF_DOCUMENT_TOKEN_TO_BE_REPLACED

It’s difficult to imagine what the stage and the audience would have looked like at Gaillard Center in Charleston, South Carolina, if Rhiannon Giddens’ new … END_OF_DOCUMENT_TOKEN_TO_BE_REPLACED

“It’s time to imagine a place where we can come together,” Danilo Pérez said from the hallowed stage of Washington, D.C.’s historic Sixth & I … END_OF_DOCUMENT_TOKEN_TO_BE_REPLACED

At the Zeiders American Dream Theater in Virginia Beach, Va., between April 8 and 10, the Vocal Jazz Summit convened in person for the first … END_OF_DOCUMENT_TOKEN_TO_BE_REPLACED