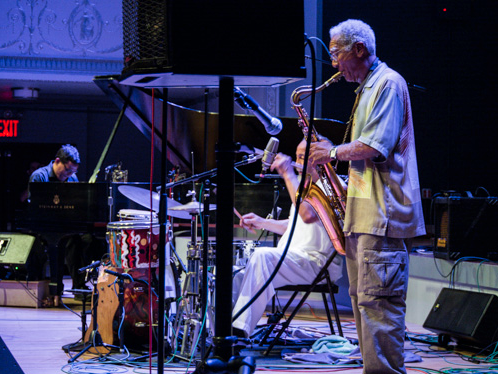 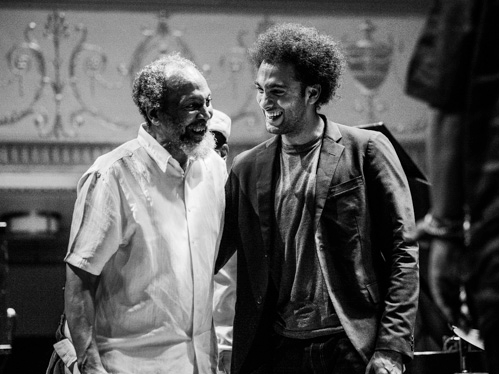 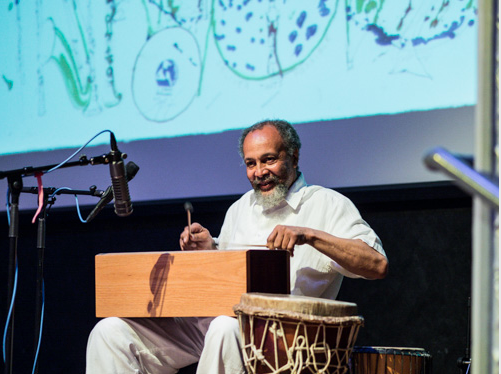 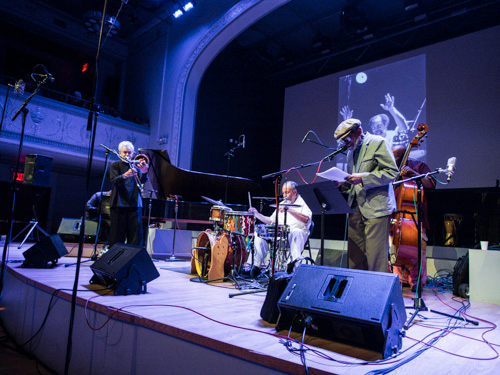 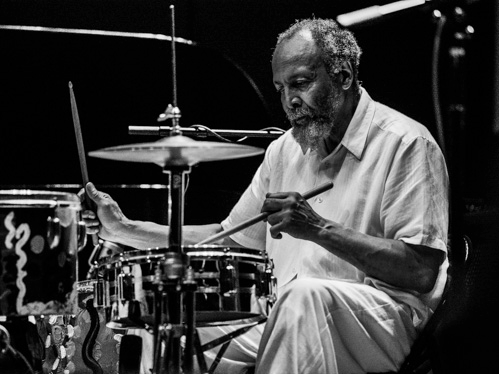 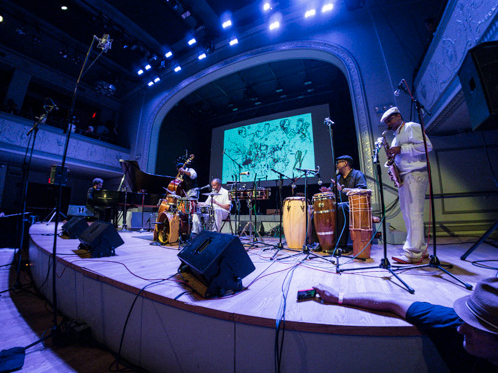 After a time, Graves called upon pianist David Virelles, bassist John Benitez (standing in for Dezron Douglas) and alto saxophonist Román Filiu to complete the lineup. That Díaz and Filiu were key players on Virelles’ 2012 breakthrough Continuum (Pi) added a layer of interest and a charge of the new. The first piece merged traditional montuno-type figures with hip, asymmetrical rhythms and wound to a tentative close. “That’s what I used to do before I became an avant-garde drummer!” shouted a smiling Graves, now seated behind his unique hand-painted kit.

Finally, the Milford Graves NY HeART Ensemble followed a plan much like the first quintet, with players emerging gradually. The lineup fused the classic NY Art Quartet (original members Graves, trombonist Roswell Rudd, poet Amiri Baraka) and the chordless power trio sound of Graves, bassist William Parker and saxophonist Charles Gayle. Baraka began quietly with just Graves behind him, but his second reading later in the set got drowned out by the fuller band (Gayle had switched from tenor sax to piano). Rudd’s taut plunger-muted phrases and legato smears refreshed the sonic palette and helped end the night on a high.

All photos by Peter Gannushkin. To see more of his work, including coverage of Vision Festival 18, visit his site, downtownmusic.net.

Among the many physical, spiritual, and institutional losses related to the still-ongoing pandemic is that of Los Angeles’ renowned Playboy Jazz Festival (PJF) at the … END_OF_DOCUMENT_TOKEN_TO_BE_REPLACED

It’s difficult to imagine what the stage and the audience would have looked like at Gaillard Center in Charleston, South Carolina, if Rhiannon Giddens’ new … END_OF_DOCUMENT_TOKEN_TO_BE_REPLACED

“It’s time to imagine a place where we can come together,” Danilo Pérez said from the hallowed stage of Washington, D.C.’s historic Sixth & I … END_OF_DOCUMENT_TOKEN_TO_BE_REPLACED

At the Zeiders American Dream Theater in Virginia Beach, Va., between April 8 and 10, the Vocal Jazz Summit convened in person for the first … END_OF_DOCUMENT_TOKEN_TO_BE_REPLACED